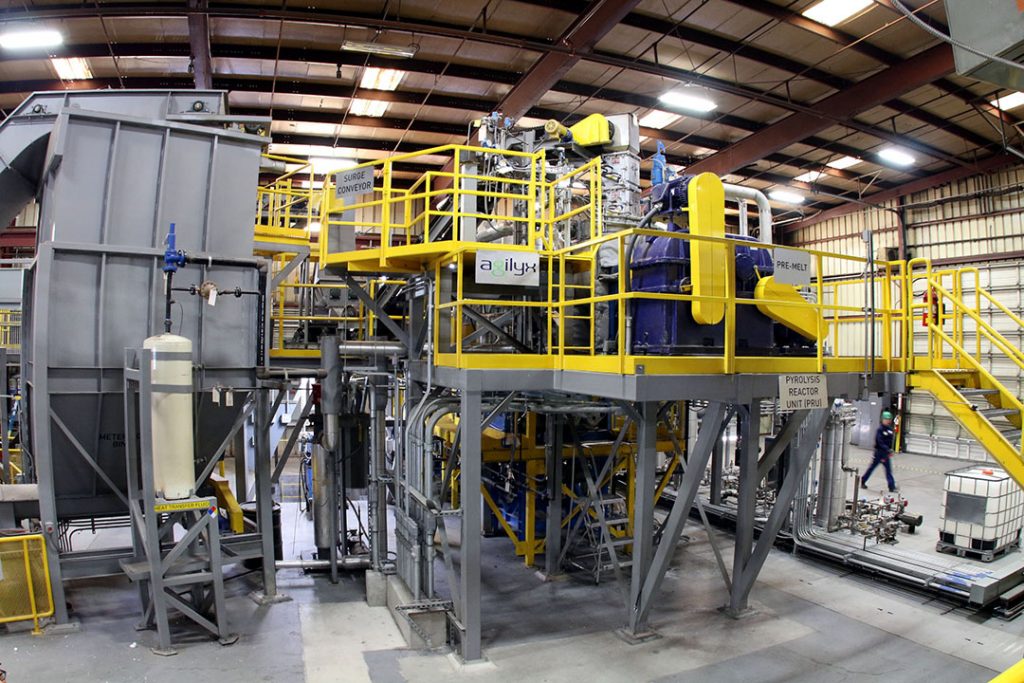 At least 60 organizations are working to scale up depolymerization, pyrolysis and other emerging plastic processing methods. The North American market for the resulting products could top $100 billion annually.

Those statistics come from “Accelerating Circular Supply Chains for Plastics,” a market-landscape report released yesterday by Closed Loop Partners. It is the first comprehensive analysis of the range of approaches to plastics processing that are sometimes referred to as chemical recycling.

Such technologies have grabbed headlines over the past year, often framed as pathways to cut down on plastic pollution and offer solutions for the large quantities of material that are not making their way into established mechanical recycling systems.

The 88-page report from Closed Loop Partners divides the emerging-technology sector into several distinct categories, and it strives to deliver a relatively non-technical explanation of the market. By clearly outlining the landscape, the group hopes to help bring critical investment to the business.

The analysis comes from the Center for the Circular Economy, a newer division of Closed Loop Partners, which is a corporate-backed group focusing on investment and research to improve recycling.

That terminology adds to a trend among some plastics recycling stakeholders to move away from the “chemical recycling” nomenclature (many of the technologies do not technically alter the chemistry of the material in question). A report issued last month by the American Chemistry Council, for instance, referred to the approaches as “advanced plastics recycling.”

Some of the entities identified in the Closed Loop report are much-discussed companies such as Oregon-based Agilyx, which has a commercial facility in place to break down post-consumer polystyrene to a monomer that can be used in the production of new plastics. The operation has offtake agreements in place with several resin makers.

But other operators included in the rundown are far less developed. One example is California-based BioCellection, a firm that at present is handling just a few pounds of plastics per day in a lab setting to test an “oxidation process to decompose post-consumer plastics into shorter chain molecules.”

Of the 60 approaches being developed, Closed Loop notes, more than 40 providers are currently running commercial-scale facilities in the U.S. or Canada, or have plans to do so in the next two years.

If operators were able to find a way to fulfill the entire market demand through recovered and re-processed materials, the total value of the material would be around $120 billion.

“For example, 6.6 million metric tons of polypropylene were produced in the U.S. and Canada in 2018,” the report notes. “Mechanical processing yielded just 150,000 metric tons (2%) of recycled PP returned to the supply chain at a value of $1,100/per ton. If all production was replaced with recycled PP, this differential would translate into $4.2 billion in revenues.” 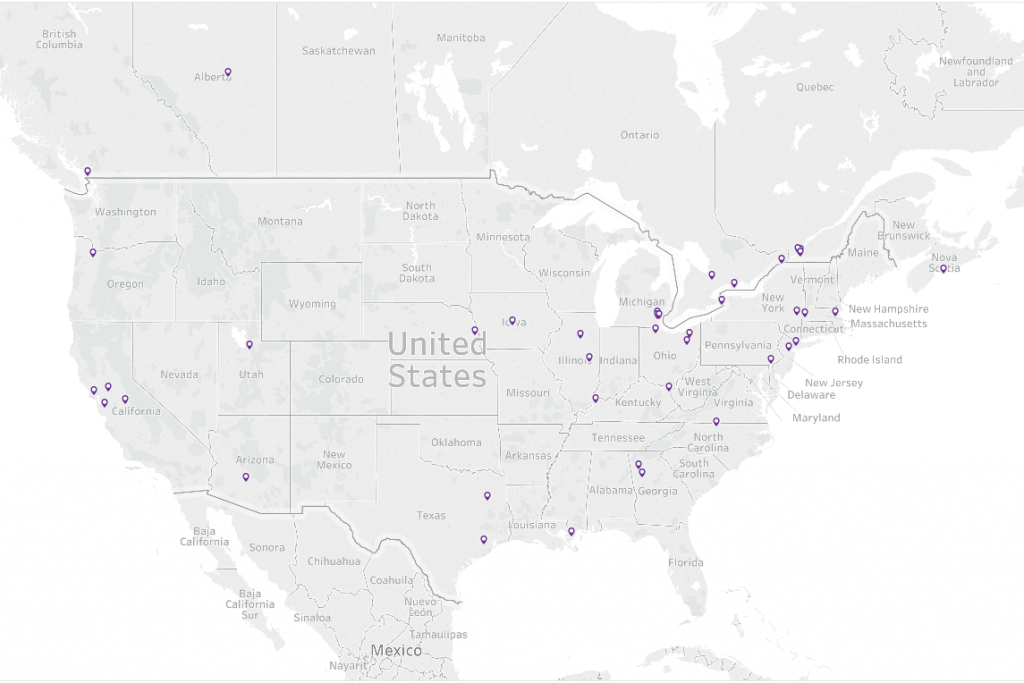 The locations of operations across the U.S. and Canada that are working to commercialize and scale up a variety of non-mechanical plastics recycling technologies. Source: Closed Loop Partners.

The report puts each technological method into one of three categories: purification, decomposition and conversion.

Purification methods, as defined by Closed Loop, do not change the material on a molecular level. Instead, they use a solvent to remove additives and dyes. PureCycle, a Procter & Gamble-backed venture that decontaminates recovered polypropylene, falls into this category.

Decomposition (also known as depolymerization), on the other hand, “involves breaking molecular bonds of the plastic to recover the simple molecules (monomers) from which the plastic is made.” Agilyx and Loop Industries are two of the more developed businesses in this realm.

Conversion also breaks molecular bonds, but it results in liquid or gaseous hydrocarbons that can become fuels or the building blocks for new plastics. GreenMantra Technologies, Renewlogy, RES Polyflow and Vadxx are some of the larger operators under this classification.

The Closed Loop research determined 14 of the existing technologies fell into the purification bucket, 21 could be considered decomposition and 27 are conversion processes.

The report notes that while many scientists and entrepreneurs have been working in the space, the pace of development has remained slow. On average, it’s taken the identified entities 17 years to hit “growth scale.”

“These technologies all have the potential to scale,” the analysis indicates, “but their growth and commercialization needs to be accelerated in order to meet growing demand. With better access to investment capital and increasing demand from brands and supply chain partners, technology providers may soon be able to accelerate the pace of growth.”