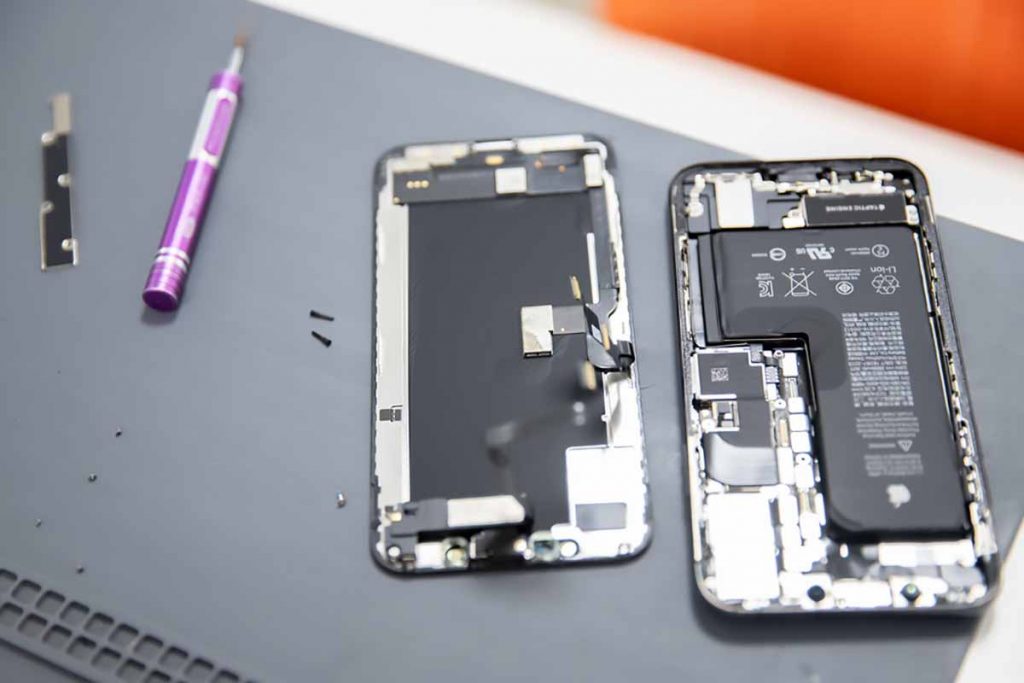 Apple on Nov. 17 announced its Self Service Repair program, which will be available first for the iPhone 12 and 13 and then will include Mac computers with M1 chips. | Parilov/Shutterstock

Apple will sell its parts and tools to individual consumers so they can make common repairs for iPhones, the company announced this week.

Facing pressure from elected officials and investors, Apple on Nov. 17 announced its Self Service Repair program, which will be available first for the iPhone 12 and 13 and then will include Mac computers with M1 chips.

“Creating greater access to Apple genuine parts gives our customers even more choice if a repair is needed,” Jeff Williams, Apple’s chief operating officer, stated in the press release. “In the past three years, Apple has nearly doubled the number of service locations with access to Apple genuine parts, tools, and training, and now we’re providing an option for those who wish to complete their own repairs.”

The move is a significant about-face for Apple, which told Congress in 2019 that it opposed allowing individual consumers to repair Apple products because “repairs performed by untrained technicians might not follow proper safety and repair procedures and could result in improper function, product quality issues or safety events.”

Apple’s announcement also came on the day of a key deadline in an activist shareholder’s effort to force a vote on a right-to-repair resolution urging the company to improve its product repair policies. Following Apple’s announcement, Green Century Capital Management decided to withdraw its resolution, which it filed in September. Apple had initially sought to block a vote on the resolution.

“This is an unexpected but welcome step from Apple. It’s also a significant reversal from the position the company had taken when we filed our shareholder resolution,” Annalisa Tarizzo, Green Century Capital Management shareholder advocate, said in a statement. “The timing of the announcement is certainly no coincidence, given that today was our deadline for responding to the company’s no-action request.”

With its announcement of the Self Service Repair program, Apple said customers should first review the repair manual before placing an order for Apple parts and tools through the Apple Self Service Repair Online Store. Apple will make available over 200 parts and tools, enabling iPhone users to make the most common repairs, including to screen modules, the release notes.

After the repair, customers who return used parts for recycling will receive a credit toward the purchase.

The Self Service Repair program will be available early next year in the U.S. and will expand to additional countries throughout 2022, according to the press release.

Apple now has over 5,000 Apple-authorized service providers in its network. In 2019, it launched its Independent Repair Providers program, which now has 2,800 members. The program allows independent repair companies to purchase Apple parts, tools and manuals, although the program has a number of significant strings attached.

The initial announcement doesn’t include program specifics, such as whether Apple will refuse to sell parts and tools to consumers if the company suspects they’re performing paid repair work for a third party. Apple also hasn’t talked about pricing yet.

It’s those details that right-to-repair advocates are concerned about, even as their initial reaction to the news is favorable.

“We’re delighted to see Apple get on board with expanding access to their parts and tools directly to consumers,” according to an email from Repair.org. “It’s a big step forward for one of the most dedicated opponents to Right to Repair, and frankly unexpected.”

That being said, according to Repair.org, “we don’t know if independent repair providers will be able to buy parts and service information. We don’t know if the pricing to consumers will make sense, nor if consumers will be able to use competitively priced parts from 3rd parties. The list of parts and products remains very limited – and while the press release hints ‘more’ will be available over time, we all know that good intentions aren’t bankable.”

The group said it will continue pushing legislation that would force Apple and other electronics companies to provide parts, tools and information necessary to facilitate independent repair.

No right-to-repair bill has yet been signed into a state’s statutes, but among the dozens that are introduced each year, some have made notable progress. For example, New York State lawmakers passed a right-to-repair bill out of one chamber of the legislature earlier this year.

At the federal level, a right-to-repair bill was introduced in Congress this summer. Additionally, President Biden and the Federal Trade Commission have endorsed efforts to ensure consumers can repair their products.

“We’re hopeful that this announcement signals the beginning of the end to Apple’s unwarranted opposition to expanding repair access for consumers,” she stated. “By making this important change, it will help the company mitigate the regulatory risk it was facing from Congress and the FTC.”

On Twitter, Kyle Wiens of independent repair group iFixit, wrote a “thank you” to Apple and called this “a good day.” But, he said the issue is larger than just Apple, and he criticized Apple’s past actions.

“Right to Repair continues to be necessary for all the reasons that Apple made this announcement today. We need to shift to a society where fixing and maintaining things is the default, not the exception,” he wrote. “This one announcement doesn’t undo years of harm that Apple’s design practices, undermining of environmental standards, and cynical lobbying have done. The industry is on a dark path of obsolescence right now.”