What are current policy priorities at national and state levels? 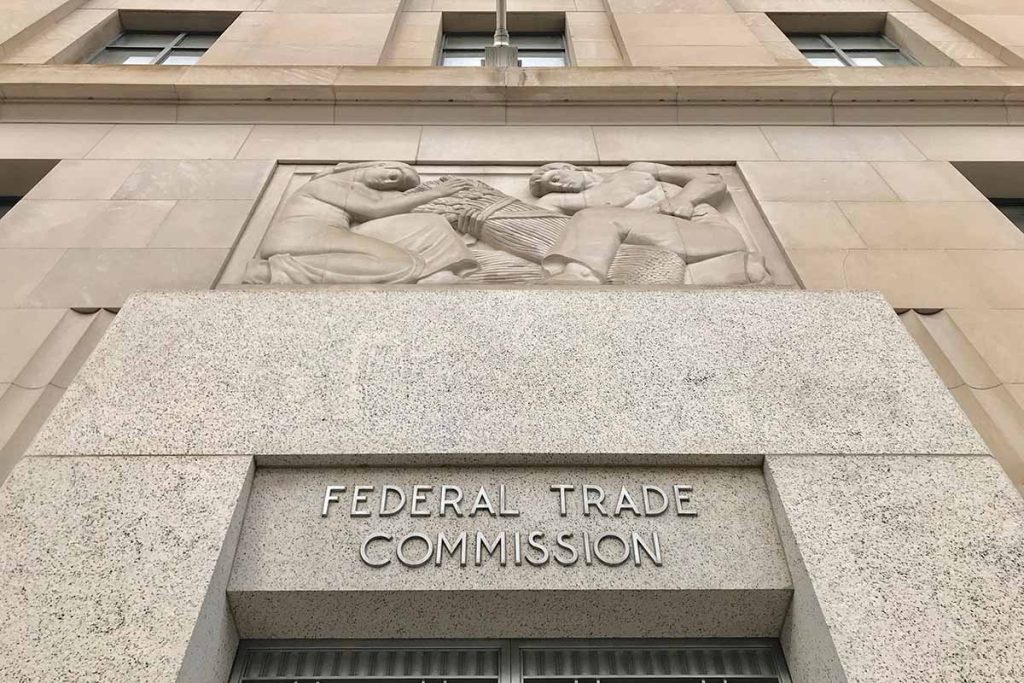 As part of its effort to harmonize legislation and industry practices, APR has urged the Federal Trade Commission to update its so-called “Green Guides.” | DCStockPhotography/Shutterstock

A federal bottle bill, more extended producer responsibility bills and pressure on single-use plastics are all in the future of plastics legislation, industry policy experts predicted.

The insights came during the “Plastics Recycling Legislative Update,” an Association of Plastic Recyclers (APR) webinar held on Oct. 19. Panelists were Anna Karakitsos, a principal on the policy resolution group at Bracewell; Bruce Magnani, vice president and partner at Houston Magnani and Associates; and Kate Eagles, program director at APR.

Karakitsos is APR’s legislative representation at the federal level, and she said for the past several months most recycling activity has been coming from federal agencies as Congress has turned its attention to elections.

For example, the Department of State is working on the United Nations’ proposed treaty on plastic pollution, which would be a legally binding instrument, and the U.S. EPA has been developing a national recycling strategy and fleshing out two new grant programs, the Solid Waste Infrastructure for Recycling program and the Recycling Education and Outreach program.

Karakitsos said she’s also been tracking moves by the General Services Administration and the Department of the Interior to reduce the purchase and distribution of single-use plastics within the governmental systems.

“This was an important advance notice for APR to be involved in because the general premise of the proposal assumed that banning certain plastic products from the government writ large was a no-brainer,” Karakitsos said. “Obviously, it is not a no-brainer, so we made sure that our comments focused on the need for recovered plastic material to be introduced into the mainstream in order to promote a successful, robust recycling system.”

In addition, APR has been encouraging the Federal Trade Commission to update its “Green Guides,” she added.

As far as bills introduced in the first half of 2022, Karakitsos said she’s been watching two bills that passed the Senate on July 28: S 3742, the Recycling Infrastructure and Accessibility Act of 2022, a pilot grant program to improve recycling accessibility, and S 3743, the Recycling and Composting Accountability Act, which would require the EPA administrator to improve recycling and composting programs.

Both received bipartisan support but have not moved forward, and Karakitsos said if they continue to languish, they will need to be reintroduced in the new legislative session next year.

Finally, Karakitsos said that Oregon Senator Jeff Merkley is in the process of drafting a national bottle bill, which will likely be introduced in the first 100 days of the next congressional session.

Magnani is APR’s legislative representation in California, and he’s been focusing on rulemaking, he said, particularly the Extended Producer Responsibility Bill, SB 54, and the bottle return expansion, SB 1013.

“There are great opportunities within SB 54. It shouldn’t all be viewed as a hurdle or a difficulty,” he said.

Overall, he tracked upwards of 70 bills in 2022, and some stand-outs along with SB 54 and SB 1013 were the failed AB 2026, which would have enacted an e-retailer packaging/bags ban, the vetoed AB 2784 on thermoforms and AB 1046, which requires pre-checkout bags at grocery stores be home compostable or paper by 2025.

Magnani said he was also “very happy with our advocacy efforts in this state’s budget,” as the expiring plastic market development payment was reinstated and allocated $10 million in the next cycle of funding and $3 million for each of the next two cycles, “to continue to help cover costs of recycling.”

He predicted that chemical recycling will continue to be a hot topic, and said he’s heard rumors that the vetoed thermoform bill will be reintroduced. He’s also heard of a potential ban on PVC packaging, PS packaging, PETG (a form of PET modified with glycol), oxo-degradable additives, non-detectable pigments, and problematic labels, adhesives and inks.

The legislative landscape in California is also in flux, Magnani noted, because there’s going to be “a massive turnover in legislators over the next six years.”

Over 30 sitting legislators will be leaving at the end of this year due to redistricting or resigning, he said. By 2028, all legislators from 2021 will be replaced, Magnani said, changing the players in the game.

“Stating the obvious here, California can be a challenging environment for business,” he said. “It’s basically a one-party state.”

Washington state’s recycling, waste and litter Reduction law, SB 5022, passed in 2021 and is now in the rulemaking phase. APR has been very involved on the rulemaking advisory committee, Eagles said, and some of the topics being hashed out are terms and definitions, how producer fees will be set, how the state will certify PCR content/compliance and technical feasibility.

The Oregon Recycling Modernization Act was also enacted in 2021 and is in the rulemaking stage. Eagles noted that part of the act requires the state Department of Environmental Quality to identify by rule two lists of material: one of materials that are collected curbside and one of materials managed by producer responsibility organizations through depots or mobile collection events.

DEQ has been “very receptive” to APR’s input, Eagles noted.

There are four categories of items that the state committee is trying to decide where to place, Eagles said, including bulky plastics, nursery packaging such as pots and trays, expanded polystyrene and PET thermoforms.

She said for now, the state seemed to be leaning toward leaving thermoforms off both lists and waiting for domestic markets to grow.

“I’ll be honest, this was a disappointing result for us,” Eagles said. “This is good, clear material, but there are challenges with it that we don’t deny, so we’re really looking closely at this.”

The rulemaking committee has until September 2023 to put forth rules for state consideration.