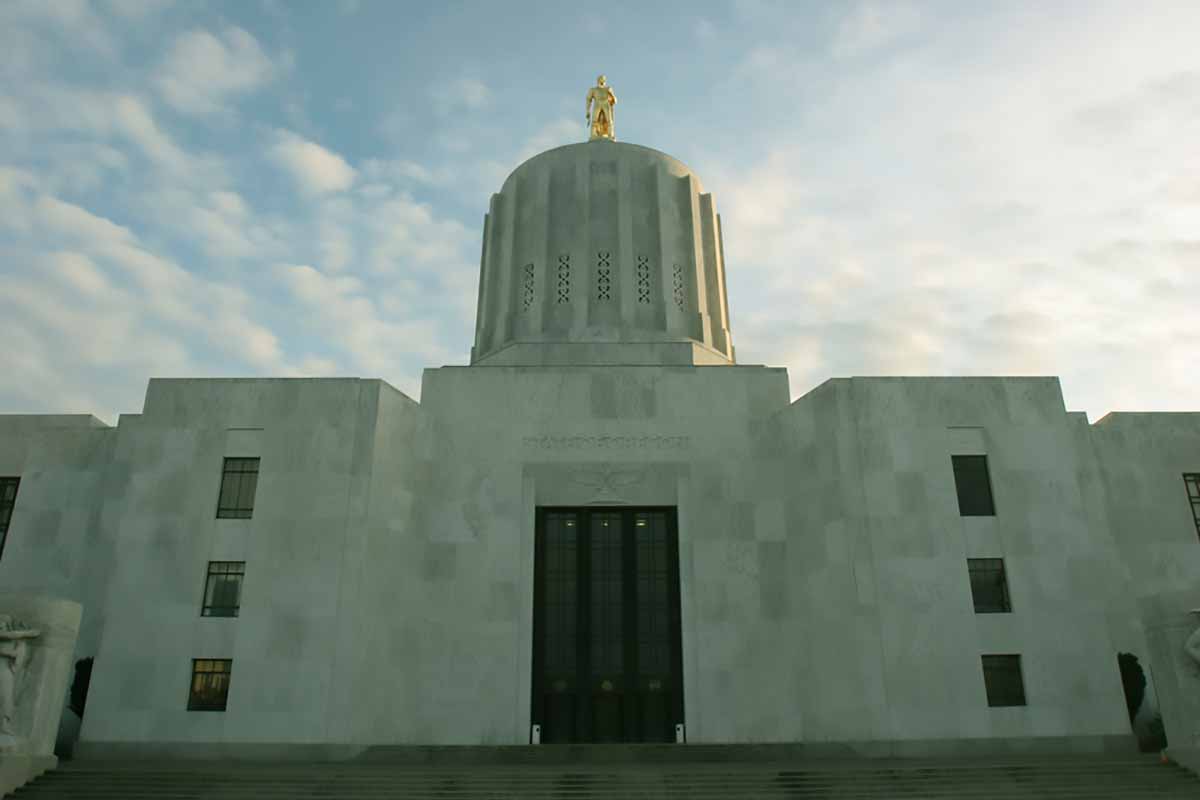 The Oregon House and Senate last week approved a bill establishing extended producer responsibility for packaging and adding other elements to the state’s recycling system, including new requirements for MRFs and an evaluation program for product labels.

The legislation now goes to the state’s governor for a signature.

Senate Bill 582 establishes a producer responsibility program for packaging, printing and writing paper, and food serviceware. The bill, which was introduced in January, has been moving through the legislative process and reached the Senate floor on June 23.

The Senate approved the bill on a 16-13 vote, which fell almost entirely on party lines, with just one Democrat voting against the proposal.

On June 25, the House of Representatives passed the bill on a 31-24 vote, also very closely along party lines. The bill will now be sent to Democratic Gov. Kate Brown for a final signature.

The Oregon legislative approval follows a similar legislative process in Maine, where both chambers of the legislature in mid-June approved a packaging EPR program that will now move to the state’s governor.

EPR … and much more

Before Friday’s House vote in Oregon, Rep. Janeen Sollman, a Democrat and co-sponsor of SB 582, said the bill has producers paying more for materials that are harder to recycle, and less for more readily-recyclable packaging.

“Boom, an incentive to make change to produce less waste,” she said.

The bill makes several significant changes to the state’s recycling system in addition to the producer financing requirement.

For example, it adds a new permitting and certification system for MRFs and other processing facilities, aiming to ensure recyclables are properly sorted and contamination is removed. It also contains measures to reduce facility impacts on surrounding communities, pay workers a living wage as defined by a state commission, ensure health and safety standards are met for workers, and more.

If a MRF doesn’t meet these requirements, it cannot receive recyclables from municipal recycling programs, the bill states.

Additionally, the bill tackles product labeling for recyclability. It establishes a “Truth in Labeling Task Force” that consists of representatives from the legislature, packaging producers, local governments, the recycling industry and environmental organizations.

This group will “study and evaluate misleading or confusing claims regarding the recyclability of products made on a product or product packaging,” and it will provide a report to lawmakers no later than June 2022.

The bill also adds a requirement that recycling receptacles distributed in municipal programs are manufactured from at least 10% post-consumer recycled material.

Prior to the June 23 Senate vote, bill sponsor Sen. Michael Dembrow, a Democrat, described the fluctuations in the U.S. recycling system in recent years and said they highlight the need for major changes.

The EPR discussion in Oregon, he noted, was triggered directly by China’s decision to restrict and ban certain recovered materials. That led to a recycling market crisis in Oregon, he said.

“As often happens … a crisis occurs and it reveals deep flaws in our system that need to be addressed,” Dembrow said. “What we realized was just how weak our recycling system had become.”

Sen. Lee Beyer, a Democrat and chair of the Senate Committee On Energy and Environment that recommended passage of the bill, spoke to the changes it would make in Oregon’s recycling system. Producers would be responsible for a portion of the costs of recycling their products. Fees would be set by producer responsibility organizations, not by the state Department of Environmental Quality, Beyer said. The state agency will establish a statewide list of accepted materials, however, “so we don’t continue to have it in a haphazard manner,” Beyer said.

Opposition focuses on precedent and costs

Beyer likened the EPR discussion to similar processes to establish Oregon’s 1971 container deposit legislation, which was the first bottle bill passed in the U.S. He also compared it to the state’s electronics recycling program, which requires producers to fund collection and recycling of certain devices. These programs generated concerns and opposition prior to passage, he noted, but both have improved recovery of their target materials.

He added that opposition to the Oregon EPR proposal is coming in part from national industry interests that are worried about EPR taking off on a wider scale in the U.S.

“Their concern is that if Oregon establishes this program, as we did with the bottle bill, it will become a national program,” he said.

Sen. Lynn Findley, a Republican and vice chair of the environment committee, expressed concerns that the bill does not address recycling market development in Oregon.

He said producers were not as active in the policy development discussions as other stakeholders, and he anticipates they will pass recycling costs on to the consumer.

The American Forest & Paper Association (AF&PA), an industry group representing paper and wood product manufacturers, said it looks forward to working on an “implementation plan that recognizes the recycling and sustainability success of paper.” The group said the EPR bill may make sense for difficult-to-recycle materials but not for paper products.

“AF&PA looks forward to working with Oregon Governor Kate Brown and the Department of Environmental Quality (DEQ) to make sure that highly recycled materials, like paper, are not penalized or forced to subsidize plastic recycling,” the organization wrote in a statement.