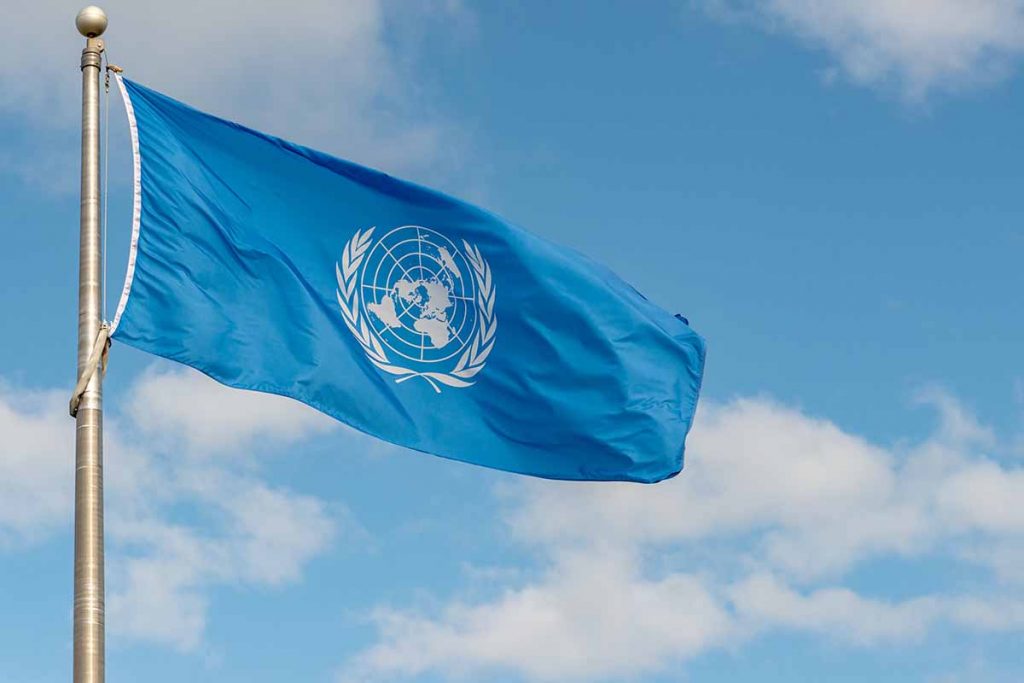 The United Nations Environment Assembly on March 2 voted to start a process that would create a global plastics pollution treaty, bringing a final treaty forward for a vote in 2024. | Doug McLean/Shutterstock

A recent U.N. agreement to create a treaty on plastic pollution has brought recycling, waste and producer responsibility issues into the mainstream discussion.

The United Nations Environment Assembly (UNEA) on March 2 voted to start a process that would create a global plastics pollution treaty, bringing a final treaty forward for a vote in 2024. The newly approved intergovernmental negotiating committee will work to create a legally binding global agreement that would take a lifecycle approach to addressing plastic pollution.

From recycling industry groups to environmental organizations, many supported the announcement.

Before the assembly meeting, Canada said it fully supported a legally binding global agreement on plastics. The country’s delegation has been a co-facilitator, along with Ghana, during the process.

Steven Guilbeault, minister of environment and climate change, said Canada planned to “do what we can to bring countries together on meaningful action on plastic pollution.”

“Our environment, and the many people and communities affected, simply cannot wait – meaningful commitments are needed now,” he said in a press release. “That’s why Canada supports an ambitious, legally binding global agreement on plastics that takes into account the life cycle of plastic pollution.”

The Solid Waste Association of North America (SWANA) said it “strongly supports efforts to decrease the amount of plastic litter in the oceans and other waterways.”

David Biderman, SWANA executive director and CEO, called the resolution “an important first step towards an international treaty” but said it’s also “only one step towards reducing the amount of plastic waste flowing into waterways throughout the world.”

“SWANA believes that providing technical assistance and capacity building to national, provincial and local officials and solid waste managers will be critical to reducing the amount of plastic in the natural environment, including oceans,” the press release said.

The Ellen MacArthur Foundation applauded the decision as well. A foundation press release said it’s positive that the resolution includes explicit references to a circular economy, full life cycle and sustainable production and consumption. The foundation also called the resolution “just the beginning.”

The resulting treaty should avoid creating “a patchwork of disconnected solutions,” the press release said, and create a level playing field and set the right conditions globally for circular economies.

The International Council of Chemical Associations (ICCA), which includes the American Chemistry Council, said it was pleased and also supports a legally binding treaty that focuses on “eliminating plastic leakage into the environment and strengthening chemicals management.”

“As manufacturers of innovative, life-enhancing products and technologies, the chemical industry is playing a unique role in overcoming our world’s sustainability challenges,” the ICCA said in a statement.

Specifically, the ICCA said it supported the broad mandate of the resolution, which “provides governments with the flexibility to identify binding and voluntary measures across the full lifecycle of plastics, while recognizing there is no single approach to solving this global challenge.”

Conrad MacKerron, senior vice president of activist investor group As You Sow, saluted representatives “for swiftly greenlighting a process for negotiating a strong, binding treaty with the potential to eliminate the scourge of global plastic pollution.”

As You Sow has successfully pressured multiple companies to adopt waste-reduction policies in recent years. It presented the UNEA with a letter signed by 65 investors with collective assets of $5.1 trillion calling for a “strong, binding treaty.”

MacKerron added he hopes the treaty will require reduction in plastic use “at least in line with the one-third cut in demand recommended by the Pew Charitable Trusts’ ‘Breaking the Plastic Wave’ report.”

Environmental justice group Global Alliance for Incinerator Alternatives (GAIA) called for a final treaty that covers all plastic pollution, in any environment or ecosystem, one which is legally binding, considers the full lifecycle of plastic “from the wellhead where oil and gas is extracted, through its production and consumption, to the post-consumer waste” and is accompanied by financial and technical support.

Neil Tangri, GAIA’s science and policy director, said the mandate is “a reflection of both how quickly the plastics crisis is escalating and how powerful the citizen-powered movement to combat it has become.”

“While there is still a lot to be done to translate that commitment into tangible reality, and we expect fierce resistance from the petrochemical industry, this represents an enormous leap forward,” Tangri said. “It’s particularly notable that waste pickers, a population that is commonly marginalized, have made such an impact here and that nations will be looking to them as partners to solve the plastic crisis.”