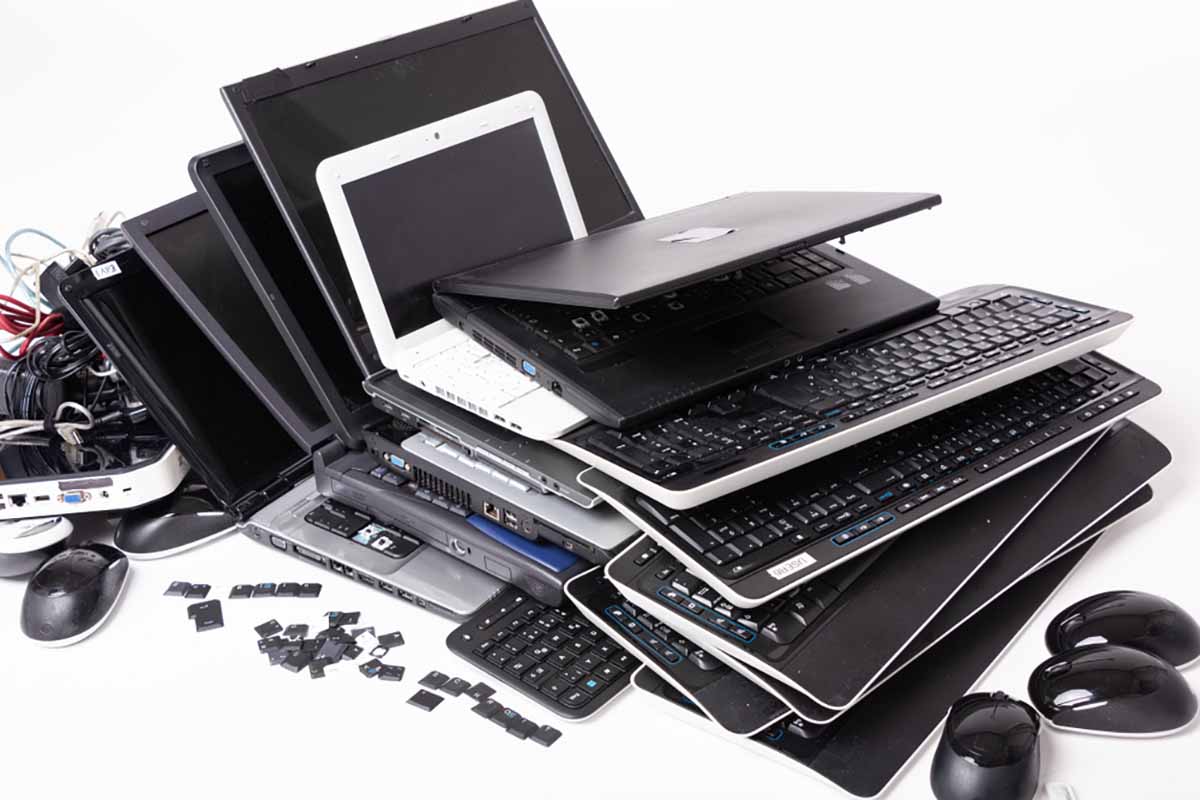 The California Department of Resources Recycling and Recovery (CalRecycle) will raise the per-pound payments it provides to approved e-scrap companies that collect and recycle electronics covered by the state program.

Under California’s Covered Electronic Waste Recycling Program, which is the oldest regulated statewide e-scrap recycling program in the U.S., consumers pay fees at point of sale when they buy electronics with screens. The state collects that money and pays it to e-scrap companies when they collect and recycle covered electronics. The program currently covers CRT TVs and monitors, LCD TVs and laptops, plasma TVs (excluding plasma projection TVs), LCD smart displays, LCD tablets and portable DVD players. After a recent decision to expand it, the program will include OLED display devices and LCD smart devices starting July 1, 2022.

The department raised the rates in 2014, 2016, 2018 and 2020. But the fees charged to consumers haven’t always risen accordingly. In 2020, after several years of declining weights recycled through the program, CalRecycle lowered the consumer fees to address an overly large fund balance. Over the past two years, the department has maintained the fees at the same level.

Regulators evaluated a number of industry-specific and market-wide factors in deciding to raise the rates.

A background memo from CalRecycle staff noted that bare CRTs continue to make up the most significant weight of CRT display device residuals, but there are limited downstream outlets for them. As a result, most CRT glass in the program is disposed of in landfills, but hazardous waste landfill fees have increased in recent years.

The department also noted the impact that China’s National Sword imports restriction campaign had on e-plastics markets, as well as the Basel Convention amendment, which added controls on the scrap plastics trade. Both have reduced overseas markets for e-plastics, depressing their prices, CalRecycle wrote. At the same time, metals prices soared in 2021 and are still above pre-pandemic levels, giving e-scrap companies a boost.

While CalRecycle analyzed cost information submitted by e-scrap processors, the department’s decision this year to raise rates is based more on outside factors such as inflation and the war in Ukraine, CalRecycle staff noted.

“In the case of inflation, the year-over-year percentage change in the Consumer Price Index is the highest it’s been since the early 1980’s, and fuel prices have gone up almost 50% in the last 12 months,” the document notes. “Additionally, it is unknown how long the war in Ukraine will last, or how it will affect global markets.”

The staff also noted the profit-margin impacts of the changing end-of-life stream, with less CRT weight and a greater number of flat-panel display devices. Last year, for the first time, the weight of non-CRT devices recycled through California’s program exceeded the weight of CRTs recycled. LCD and LED displays are lighter, have less intrinsic material value than CRTs and take longer and require more labor to dismantle.

Given all the uncertainty, CalRecycle wrote, the department suggested seeking authority from the legislature to change the payment rates more often than once every two years.

“Such a change would require additional staff resources in order to survey costs and recalculate rates, but it would reduce the perceived risk of setting payments rates for two years when economic volatility is causing anxiety for industry and government interests alike,” according to CalRecycle.

This story has been updated to make clear that the payment rates quoted above include both collection and recycling, not just recycling. The updates also note that LCD smart devices will be added to the program starting July 1, 2022.