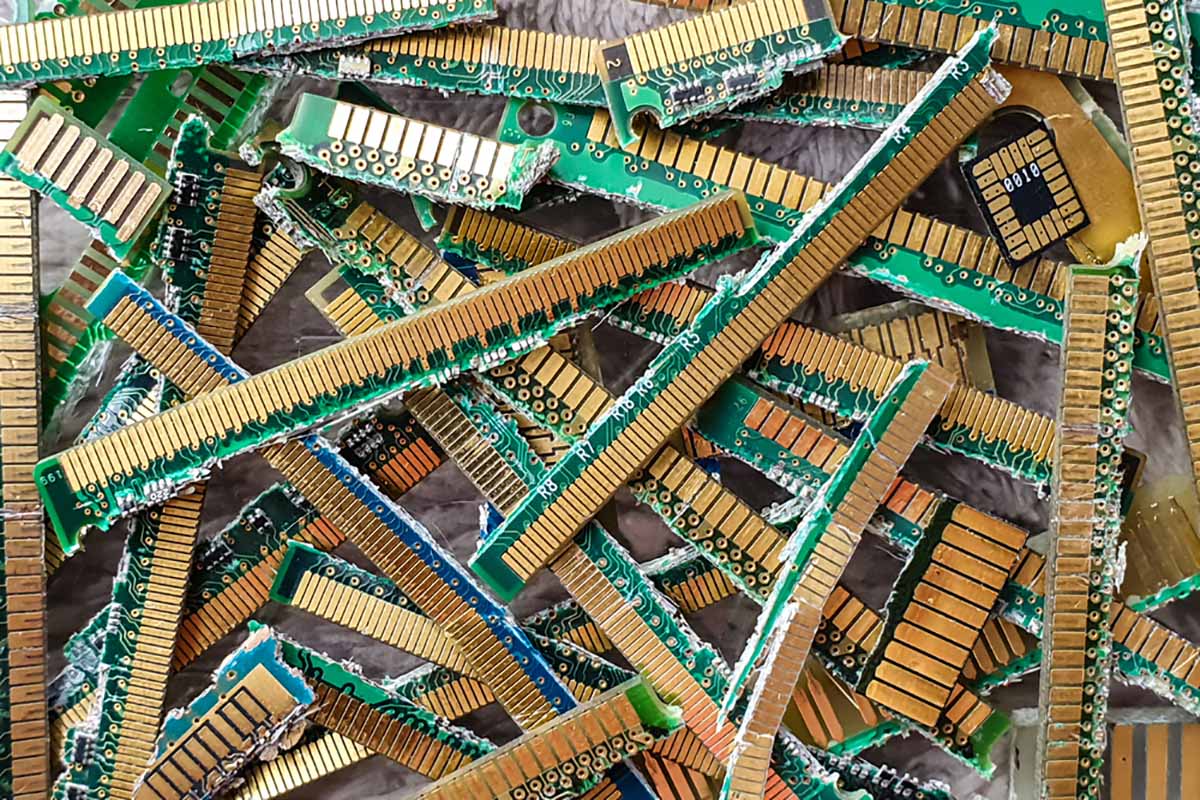 A brewing military conflict in Eastern Europe and U.S. monetary policy changes are among the numerous influences on the price of gold, a key e-scrap metal. | Sebastian_Photography/Shutterstock

Just a couple months ago, experts were predicting a continued rise in gold prices because of inflation concerns. Now, with global and domestic developments, the outlook isn’t so certain.

In November 2021, experts were predicting a good year for the yellow metal, which at that time hit five-month highs. Hot inflation was driving investors to buy gold as a relatively safe store of value.

A key metal recovered from electronics, gold had reached a record high of $2,051.50 a troy ounce in August 2020, and some were saying it could reach those levels again. But, according to a Wall Street Journal article earlier this month, several factors are now pushing and pulling on the price. According to the London Metal Exchange, gold is currently around $1,796 an ounce.

The article noted that uncertainty around a Russia-Ukraine conflict is helping to drive investments in gold, and a recent drop in stock prices has led investors to move their money into the metal, as well.

On the other hand, the Federal Reserve has signaled it will take aggressive steps in 2022 to rein in inflation. That fact has led to an increase in U.S. government bond yields, making those bonds more attractive than gold for some investors.

In a January Wall Street Journal article, Rhona O’Connell, head of market analysis EMEA and Asia at StoneX, estimated that gold will trade at an average of $1,900 a troy ounce in the second half of 2022. In a December Wall Street Journal article, Wade Guenther, partner at Wilshire Phoenix, predicted gold will trade in between $1,700 and $1,775 throughout most of 2022.

Gold is an important component of the e-scrap stream. Although the amount contained within circuit boards varies based on device type and the age, an e-scrap processor in 2020 estimated a metric ton of circuit boards contains an average of 10 ounces of gold.