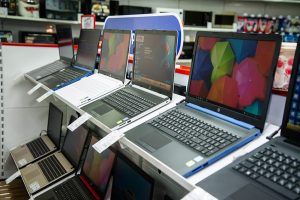 California regulators plan to lower the fees consumers pay to fund electronics recycling. The issue? The state is accumulating too much money.

The California Department of Resources Recycling and Recovery (CalRecycle), which oversees the oldest state e-scrap recycling program in the country, is proposing to lower the fees consumers pay when they buy new electronics.

The move is in response to e-scrap processors handling significantly lower weights of regulated material in recent years. As a result, CalRecycle is paying processors less money out of the state fund, and the fund balance keeps growing.

The fees vary depending on the size of the screen. They are currently $5 for each device with a screen less than 15 inches (anything 4 inches and less is exempt), $6 for 15- to 34-inch screens and $7 for 35-plus-inch screens. At the CalRecycle monthly public meeting scheduled for June 18, the agency will consider reducing the charges to $4, $5 and $6.

California’s program has seen lower collection and recycling weights since 2012, but the decreases have accelerated over the past few years, in particular. Last year, CalRecycle received payment claims for just over 100 million pounds of e-scrap, down 21% from 2017, which was down 17% from 2016, which was down 13% from 2015.

“In recent years, the amount of recovered and recycled CRT devices has continued to decline significantly due to legacy stockpile depletion, at the same time as the amount of non-CRT devices increases,” CalRecycle staff wrote in a memo.

Because CalRecycle is paying processors less out of the fund, the balance has grown. CalRecycle expects to end the 2018-19 fiscal year with a fund balance of $113.5 million, up from $110.9 million the year before.

In memos, CalRecycle staff say the reduced fees will bring the fund reserve down over the next few fiscal years while still providing enough money to run the program and respond to unexpected expenses.