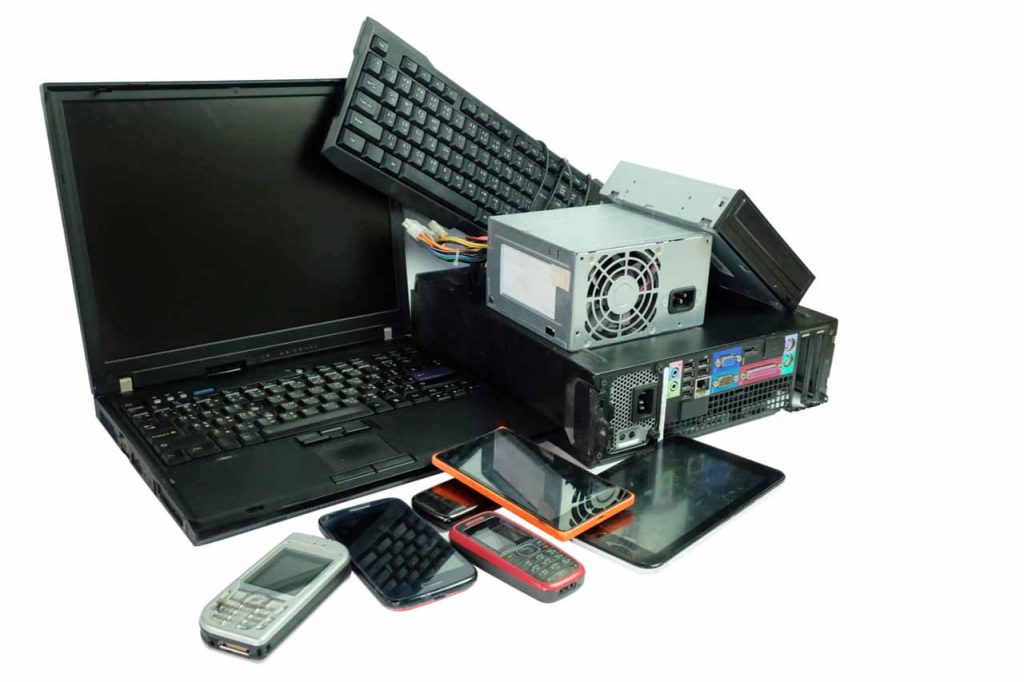 CalRecycle staff said their recommendation to raise payment rates was based on updated cost data submitted by e-scrap collectors and processors, as well as other factors. | DAMRONG RATTANAPONG/Shutterstock

Citing difficult market conditions and rising costs for the industry, California officials will greatly increase the rates they pay e-scrap firms to collect and recycle electronics.

Under California’s state program, which is the oldest in the country, consumers pay fees when they purchase new CRT TVs and monitors (this is not happening in today’s marketplace), LCD TVs and monitors, laptops and tablets with LCD screens, plasma TVs, and portable DVD players with LCD screens. Last year, CalRecycle set the fees at $4, $5 and $6, depending on the screen size.

State law requires CalRecycle to consider adjusting the payment rates every two years, if necessary, so that they cover the average net costs of collecting and processing.

CalRecycle staff requested the increase in documents presented at a May 19 CalRecycle public meeting. In the documents, staff said their recommendation to raise payment rates was based on updated cost data submitted by e-scrap collectors and processors, additional stakeholder input, staff analysis of industry trends, and more.

In a background document, CalRecycle touched on a number of major trends affecting both the program and the wider e-scrap industry.

On the cost side, CalRecycle noted that non-CRT devices are more difficult to dismantle and require longer processing times. They contain materials that are hazardous waste or require special handling, such as plasma panels and fluorescent lamps. On the revenue side, they are lighter and have less material value because of miniaturization, such as circuit boards with fewer precious metals, according to CalRecycle.

For those reasons, CalRecycle in 2018 split what was previously one payment rate into separate rates for CRT and non-CRTs, the department said.

Constrained downstreams: CalRecycle also touched on the fact that processors participating in the program have few approved downstream CRT glass recycling outlets; as a result, most of the glass goes to disposal, CalRecycle noted. E-Scrap News in March took a closer look at the downstream disposition of CRT glass from the program.

The department also described how China’s National Sword campaign ultimately reduced export markets for e-plastics. China curtailed scrap plastic imports as of 2018, prompting a number of Chinese plastics reclaimers to set up shop in Southeast Asian countries. But they couldn’t replace the capacity lost when China closed the door; additionally, many of those Southeast Asian imposed import restrictions of their own after their ports became jammed with containers of scrap materials.

“The effect of this is considerably depressed plastics prices,” CalRecycle wrote. “In addition, metal commodity values have been going down since 2018, further reducing recycling revenues.”

Coronavirus impacts: Lastly, regulators touched on how the COVID-10 pandemic has affected the industry, as well as uncertainty going forward. They noted that the crisis has reduced the amount of CEW entering the system, driven down spot prices for metals, and further limited export options.

“It is unknown at this time how long this current crisis will last and what overall effect it will have on the costs of collecting and processing CEW,” according to the backgrounder.

Last month, Roy Dann of Cal Micro/GLS Group, which participates in California’s program, described to E-Scrap News the difficulty of low ferrous and nonferrous prices, coronavirus lockdowns in Asian countries that import e-plastics, and difficulties even getting containers to export material. His company, which mostly ships recovered commodities out of the Port of Long Beach, kept having its bookings cancelled, he said.