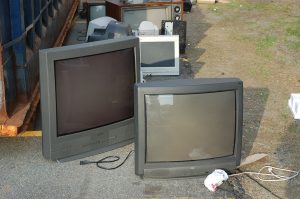 Changes in the end-of-life stream are prompting the oldest state electronics recycling program in the country to rethink its processor payment system.

California regulators are considering splitting the program’s processing payment system, through which state government pays e-scrap processors a standard rate for all covered electronic waste (CEW), into two separate rates. One rate would be paid for recycling of the vast majority of CEW types, which include any non-CRT device with a screen larger than four inches diagonally, and the other would apply only to CRT devices.

The combined collection and processing rate, which is currently set at 49 cents a pound, is based on the average net cost to recycle all devices covered under the program. Companies that collect but do not process materials are paid a rate of 19 cents per pound.

The proposed change by the California Department of Resources Recycling and Recovery (CalRecycle) is a response to the changing composition of the scrap electronics stream, particularly as CRTs decline and lighter-weight, more complex electronics emerge.

“Newer technologies that are beginning to enter the waste stream often have less intrinsic material value, and are more difficult and costly to manage,” CalRecycle staff wrote in an October meeting memo. “Since payment rates in the CEW program are weight-based, payments to collectors and recyclers are decreasing, even as labor costs to dismantle the light-weight devices are increasing.”

The proposal is one of several changes CalRecycle is considering as it looks to the future of the program, which first went into effect in 2005. E-Scrap News previously reported on a variety of other proposals aired last fall.

CalRecycle will discuss the potential payment rate change during a Feb. 12 public meeting.