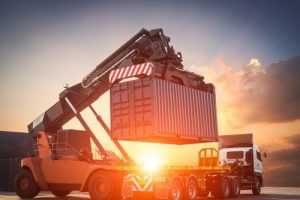 Chinese authorities plan to halt imports of more scrap categories by the end of the year, including post-industrial scrap plastic and a variety of scrap metals. The country also announced a list of even more imports it will ban by the end of 2019.

The Chinese Ministry of Ecology and Environment (MEE) announced April 19 that it is set to recategorize post-industrial PE, PET, PS, PVC and other scrap plastic as materials banned from import by the end of 2018, according to an English translation of the announcement provided by the Institute of Scrap Recycling Industries (ISRI).

In addition, MEE declared that by the end of this year it will ban slag and residue from smelted steel and iron; a variety of metal and electrical appliance scraps including electric motors, wires and cables; compressed scrap from cars; and more.

By the end of 2019, the country will ban scrap stainless steel and a handful of other metals as well as wood.

All told, ISRI calculated the move will impact some 676,000 metric tons of additional scrap material in the first year of the expanded ban, and another 85,000 metric tons in the second year.

China’s initial ban on some categories of scrap material was announced last July and has been implemented over the last several months.

Post-industrial scrap plastics, including production scraps, off-cuts and regrind, were not named in the ban on post-consumer plastic that recently went into effect. Post-industrial loads, however, have been subject to the sharp 0.5 percent contamination limits that were implemented March 1.

Chinese officials previously alluded to the country’s plans for further phased-in material import restrictions. The new announcement likely signals that the volume of scrap plastic shipped into China, which has dropped off substantially this year since the post-consumer ban took effect, will further decrease in 2019.

Although the post-consumer ban led many companies to look for alternative markets, some companies, such as Parc Corp., started sending post-industrial loads to make up for decreases on the post-consumer side (Parc Corp. shut down early this year). The new announcement closes the door on that route beginning next year.

The market turbulence caused by China’s prohibitions over the last year has caused North American recycling stakeholders to scramble to determine the viability of markets in Southeast Asia and other parts of the world.

More focus has also been put on trying to quickly develop greater capacity to use recovered material in domestic applications.

In addition, Chinese processors have begun exploring the possibility of building plants and investing in other countries around the globe as the flow of material in China slows significantly.