Parc Corp. will close due to import ban 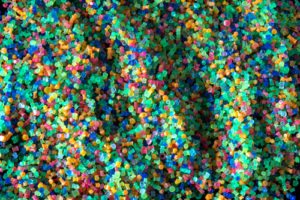 A plastics reclaimer and exporter plans to close its doors, citing impacts from China’s import restrictions as a major factor in the company’s downfall.

Parc, which buys recovered plastics and ships the material from its U.S. locations to its Chinese processing sites, filed papers for voluntary dissolution on Dec. 26, 2017, according to Illinois Secretary of State records. The company has two U.S. locations and a processing facility in Qingdao, China.

According to a Plastics News database, Parc processed 180 million pounds of recovered plastic last year, making it the 11th largest plastics processor in the U.S.

Plastics News first reported the company’s closure on Jan. 19. The report quoted a statement from Parc President Kathy Xuan, who attributed the closure to fallout from China’s import restrictions, which “permanently shut off established business opportunities.” Xuan declined to comment to Plastics Recycling Update on the closure at this time.

The company, which opened its first U.S. facility in 1996, is headquartered in Romeoville, Ill. In 2015, Parc opened a second U.S. site in Oshkosh, Wis. At the time, the company announced an ambitious U.S. expansion plan that included opening sites in Memphis, Tenn. and Richmond, Va.

During a session at the Refocus Sustainability and Recycling Summit last June, Xuan said her company has handled both post-consumer and post-industrial materials, but China’s import restrictions have pushed them into almost exclusively post-industrial scrap plastics.

“That’s all they’ll allow in there,” she said at the time. In July, Xuan said her company was still able to import material into China after it passed an environmental inspection.

Since China began tightening import controls in the first few months of 2017, Xuan has talked about expanding its U.S. facilities to include new processing capacity. As recently as September, she said Parc was working with Chinese companies to begin pelletizing post-consumer PET and agricultural film in the U.S., Plastics News reported. The pellets would be shipped to China to bypass the import restrictions.