Michigan MRF starts back up this month 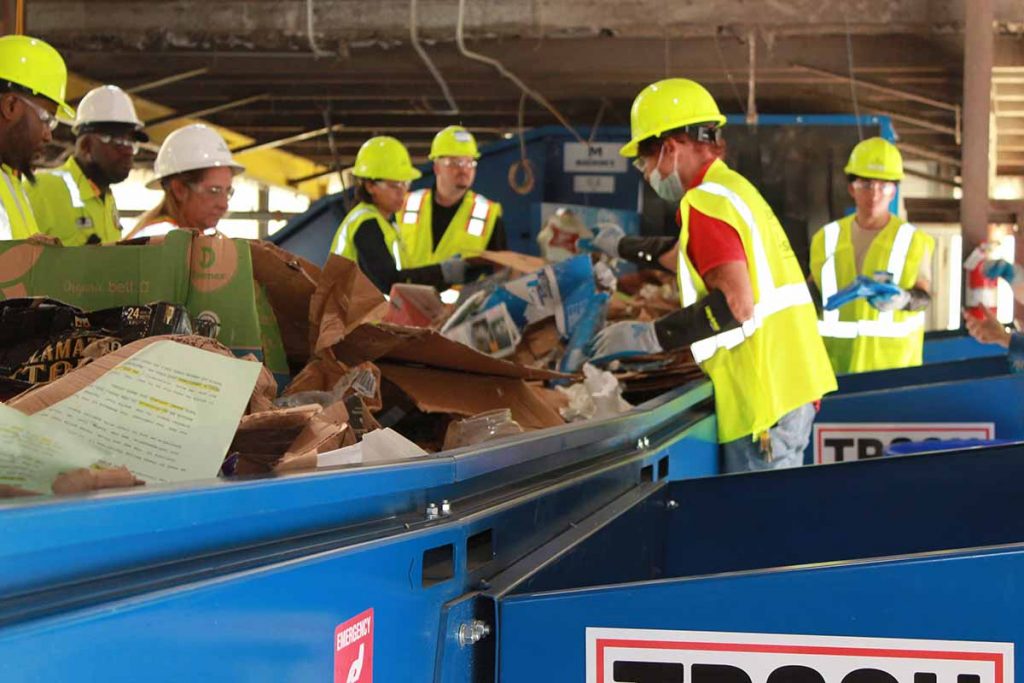 Recycle Ann Arbor reopened the city of Ann Arbor’s MRF this month, marking the first time in years that recyclables will be sorted locally in the Michigan municipality.

The MRF is officially opened as of Dec. 1, according to MLive.com, which wrote about outreach efforts that are being conducted as the facility begins operating.

It brings to a close a five-year saga during which the facility was not operational and the city contracted to send recyclables to out-of-town MRFs.

“The new MRF will be a model for anchoring effective recycling programs and systems, in addition to adding much needed recycling capacity for Southeast Michigan,” said Bryan Ukena, CEO of MRF operator Recycle Ann Arbor, in a statement to Resource Recycling.

Ann Arbor officials in 2016 terminated the city’s processing contract with ReCommunity, a North Carolina-based company that had operated the facility for two decades. The city alleged there were safety concerns with how the facility was being operated.

ReCommunity, which was acquired by Republic Services, took legal action against the city related to the termination. The parties settled their legal battle in 2017.

In 2017, the city estimated the MRF needed more than $2 million in investment to reopen. In the meantime, recyclables collected by local nonprofit Recycle Ann Arbor were sent out of the city for processing.

In 2020, the city approved a 10-year contract with Recycle Ann Arbor to operate the MRF, and the nonprofit group began a $6 million overhaul of the facility. Resource Recycling previously reported that little existing equipment would be reused and that Recycle Ann Arbor anticipated the rebuilt facility would have a capacity to process 30,000 tons per year on a single shift.

Recycle Ann Arbor is one of several nonprofit recycling operations that joined together to create the Alliance of Mission-Based Recyclers this year.