EPR legislation advances in some states, stalls in others 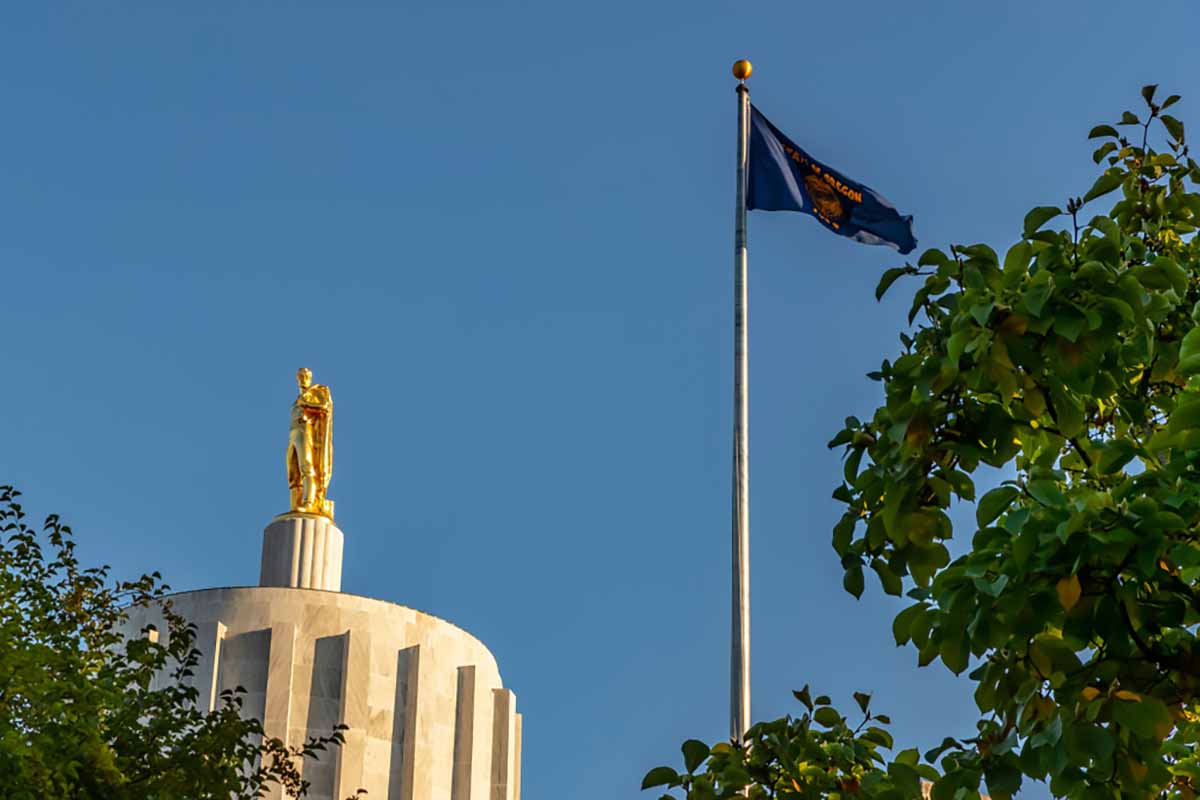 Bills establishing extended producer responsibility for packaging materials were introduced in a handful of states this year. Several have failed to gain traction, but at least two key proposals remain active.

Bills in Maine and Oregon are still in play, and legislative sessions in both states come to a close this month. Elsewhere, extended producer responsibility (EPR) legislation was introduced but has failed to gain support or has otherwise gone dormant.

This year was anticipated to bring lots of recycling action in statehouses across the country. With growing national attention on EPR and other policy frameworks, state legislators in February announced a coordinated push for EPR programs in at least nine states. The active year also comes after a flurry of state recycling policy action in 2020.

In a further signal of the growing focus on EPR, this week a group of major businesses, environmental organizations and other stakeholders voiced support for EPR through the Ellen MacArthur Foundation, describing EPR as a “necessary part of the solution.”

“Without such policies, packaging collection and recycling is unlikely to be meaningfully scaled and tens of millions of tonnes of packaging will continue to end up in the environment every year,” they wrote.

Producer responsibility on the East and West coasts

In Maine, an expansive packaging EPR proposal in May received a majority recommendation for passage with amendments. Legislative Document (L.D.) 1541 establishes EPR for certain packaging products, made from all material types.

The bill is one of two producer responsibility proposals in Maine this session, with the other, L.D. 1471, using a slightly different approach of giving producers more control over key aspects of the program. Lawmakers in the state’s Environment and Natural Resources Committee on May 24 voted on recommendations of the two proposals. A majority of committee members voted in favor of recommending L.D. 1541 and against recommending L.D. 1471.

This week, Rep. Nicole Grohoski, the prime sponsor of L.D. 1541, told Resource Recycling she expects further action on the bill within the next few days. The legislative session is scheduled to adjourn on June 16.

On the other side of the country, a substantial EPR bill is moving forward in the Oregon legislature.

Packaging EPR in Oregon has been in the works since May 2018. The legislation was first introduced in January 2021, and the bill now appears close to a floor vote. Several public hearings took place in February, March and April, and the Senate Energy and Environment Committee in April recommended passage of the bill with amendments.

The bill was referred to the Ways and Means Committee, which deliberates on state budget issues, and this week it was assigned to a subcommittee. From here, it would need a subcommittee vote and full Ways and Means Committee vote, before going to a Senate floor vote and a House floor vote. Oregon’s legislative session is scheduled to adjourn on June 28.

This summer’s virtual Resource Recycling Conference will feature a panel discussion focused on why brand owners and municipalities are both starting to publicly endorse product stewardship for packaging. Featuring leaders from Unilever, the American Beverage Association, the city of New York and the city of Seattle, the conversation will take place Thursday, Aug. 5 at 11:30 a.m. Eastern. Find more about the 2021 conference and register today at rrconference.com.

The bill has elicited substantial testimony from stakeholders across the recycling sector.

Stewardship stalls in other states

EPR proposals elsewhere do not appear poised for further action this legislative season:

California Senate Bill 54, the “Plastic Pollution Producer Responsibility Act,” moved through the Environmental Quality committee and received a recommendation for passage. The bill was referred to the Committee on Appropriations, where it was read twice and ordered for a third reading, before being moved to the “inactive file,” indicating it is ready for floor consideration but is currently dormant, according to the state’s legislative information website.

California Assembly Bill 842, the “California Circular Economy and Plastic Pollution Reduction Act,” moved into the Committee on Natural Resources, where it was read several times and amended. The bill, which establishes EPR and post-consumer resin (PCR) mandates, has not received further action.

Maryland House Bill 36, which establishes producer responsibility for packaging, was referred to the House Environment and Transportation committee, where it was scheduled for a February hearing. No further actions have been recorded.

Massachusetts S.610 implements EPR for packaging, minimum-recycled-content requirements, material-based cost variance and other mechanisms. The bill was referred to the Committee on Environment, Natural Resources and Agriculture. No further actions have been recorded.

New York Senate Bill S1185, which “establishes the extended producer responsibility act,” did not move out of committee when session ended on June 10. Sponsoring Sen. Todd Kaminsky discussed the bill during the Plastics Recycling Conference this year, stating it would boost recycling rates and increase the use of recycled materials, while also reducing municipalities’ costs.

Vermont H. 142 establishes EPR for packaging and paper products. The bill was introduced in January and referred to the House Committee on Natural Resources, Fish and Wildlife. No further actions have been recorded.

Movement – and lack thereof – on other significant legislation

California Assembly Bill 1371, which proposed to ban several types of plastic packaging used in e-commerce, did not receive enough votes to pass this month and is dead for this legislative session. The bill would ban plastic shipping envelopes, cushioning and void-fill packaging from being used by online retailers.

Colorado House Bill 21-1162, a bill “concerning the management of plastic products,” has passed both chambers of the state’s legislature with many amendments, with the last vote on June 8. The bill now heads to Gov. Jared Polis for final consideration.

The bill bans single-use plastic bags from being distributed at stores and retail food establishments, but not restaurants, beginning in September 2022. Until then, such bags will carry a 10-cent fee. The fee will also apply to recycled paper bags, which will be the only type allowed for distribution beginning in September 2022. Part of the fee revenue will go to municipalities, which can use the money to pay for local recycling-related costs.

Connecticut Senate Bill 1037, which makes numerous changes to the state’s container deposit program, passed the legislature and has been sent to the state’s governor. This bill expands the list of containers covered under the law to include juices, sports and energy drinks, plant water and more. It also doubles the deposit from 5 cents to at least 10 cents beginning in 2024, among numerous other changes.

Hawaii House Bill 1316, a bill “relating to packaging waste,” begins a study process to evaluate benefits and costs of implementing EPR in the state, and it establishes post-consumer-content mandates for beverage containers. This bill moved into Hawaii’s Energy and Environmental Protection committee, where it was passed with amendments and moved into the Consumer Protection & Commerce committee. No further action has been recorded.

Maine L.D. 1467, “an act to promote a circular economy through increased post-consumer recycled plastic content in plastic beverage containers,” establishes PCR mandates for certain bottles. Members of the Committee on Environment and Natural Resources voted on May 28 to recommend passage as amended.