How packaging EPR could take shape in Oregon 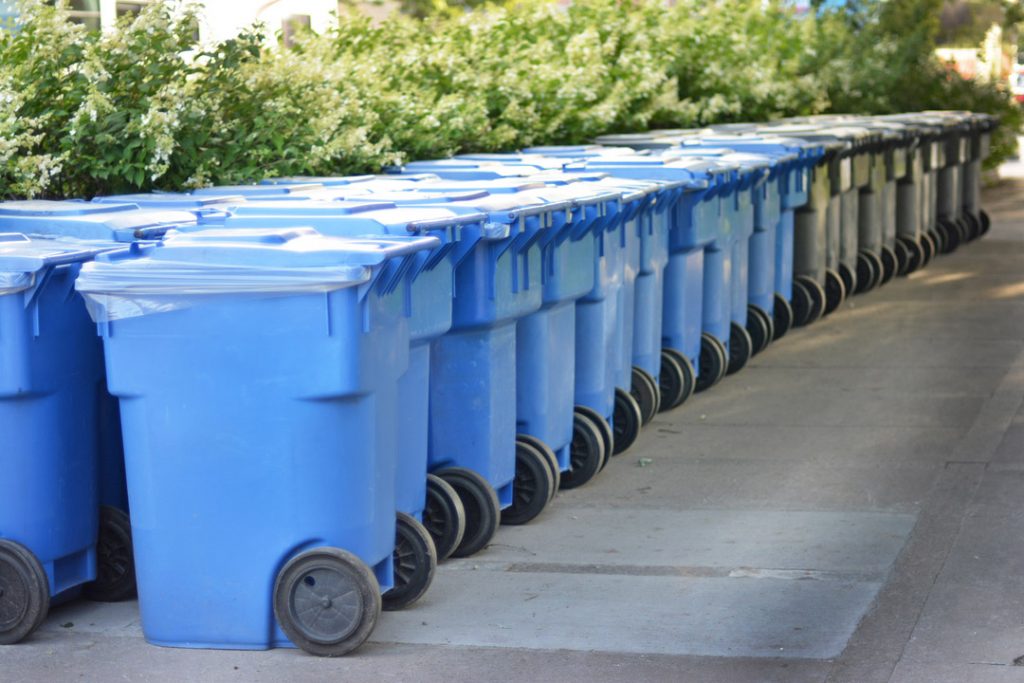 A steering committee is reviewing five scenarios to potentially reshape the future of recycling in Oregon. | kipgodi/Shutterstock

Industry leaders in one West Coast state are pondering a variety of different frameworks to help recycling programs and processors find greater resilience in the wake of National Sword. Producers may ultimately be asked to play a big role in the solution.

Since May 2018, a steering committee of 16 recycling stakeholders convened by the Oregon Department of Environmental Quality (DEQ) has been discussing strategies to “modernize the Oregon recycling system.” As part of that work, DEQ commissioned consultancy RRS to develop a report laying out five possible pathways to progress.

The report, published last week and presented Jan. 31 at a public information session in the state capital of Salem, offers five separate framework “scenarios” to potentially reshape Oregon recycling in the years ahead.

The scenarios range dramatically in terms of how much change would come to Oregon’s existing system.

On one end is a structure in which recycling in Oregon would stay largely the same with the exception of a new permitting/certification protocol for MRFs to help state officials instill basic processing requirements.

On the other end is full-fledged extended producer responsibility (EPR) for paper and packaging, where brands and retailers would be responsible for funding and managing the collection, transport and processing of recyclables across the state. Currently, no U.S. state has ushered in EPR for paper and packaging, though discussion around the approach has grown over the past two years as recycling programs have felt the effects of major declines in pricing for key recyclables.

In Oregon, the steering committee is not obliged to choose a single scenario, and moving toward implementation on any of them would likely require legislation that would not be introduced to lawmakers until 2021 at the earliest. But the concepts laid out in the report do show the general direction of Oregon’s recycling revamp.

“By identifying the core elements, advantages, and challenges of the five scenarios evaluated, this report aims to inform consideration of options by all stakeholders and deliberation within Oregon’s Recycling Steering Committee,” notes the framework report.

It’s no surprise Oregon is looking to take action. Municipalities and MRFs in the state of 4.2 million people have been particularly hard hit by shifts in global recyclables markets that have occured since China implemented its National Sword restrictions on material imports at the outset of 2018.

“Oregon’s current policy framework was created decades ago when no one imagined commingling [of collected recyclables],” David Allaway of Oregon DEQ said in opening remarks at the public information session last week. “National Sword has shined a light on its limitations.”

The five scenarios laid out in the RRS report are based on research into a wide variety of different recycling frameworks used in jurisdictions across the globe. The steering committee is reviewing the concepts, and starting with a meeting March 18, that committee will try to develop a consensus for a plan to bring forward.

“DEQ and other steering committee members will spend the next six weeks-plus chewing on this,” noted Allaway, who represents DEQ on the committee.

Under the first scenario presented to the steering committee, MRFs in Oregon would need to be certified or permitted by DEQ, allowing the state agency to set certain pricing and material quality standards. The agency would also have increased authority to create a statewide “accepted materials” list.

In scenario two, the state itself would pay for the cost of recyclables processing in MRFs. This would require a substantial funding source – possibly through tax or tip-fee increases – but it would remove the element of market volatility from local programs, which would just need to worry about collecting materials.

Such a scenario would lead to “equal access to processing for all parts of state,” noted Resa Dimino, who presented the report details on behalf of RRS. “Whether you are close or far from MRF, your costs would be the same.”

The final three scenarios would start to incorporate funding from packaging and paper producers.

Scenario three, described in the report as “post-collection producer responsibility,” would have MRFs be permitted or certified by the state. But the processors would then contract with a producer responsibility organization (PRO) that represents brands and retailers selling paper and packaging in the state. The PRO funding would cover the costs of material transport from communities as well as the actual processing of recyclables.

Scenario four takes it a step further, with the PRO covering processing, transport and collection. In this scenario, called “producer responsibility with local control,” communities would continue to handle recycling collection (either using city crews or private contractors) and the PRO would reimburse cities the costs to collect.

The final scenario – “full producer responsibility with optional local involvement” – requires producers to contract for collection of materials as well as transport and processing. If a community wanted to continue managing collection, it would be able to serve as the contractor for the PRO. If the community wanted to remove itself from recycling collection all together, it would have that option, and the PRO would contract private companies to manage collection in that area.

“The local government could still do garbage and organics,” said Dimino of RRS. “But recycling would be separated out.”

As the Oregon steering committee moves forward assessing the five scenarios and what members think could work for the state, DEQ is circulating a survey for industry members who want to bring their voice into the conversation. To participate in the survey, email DEQ staffer Tom Lang at [email protected].