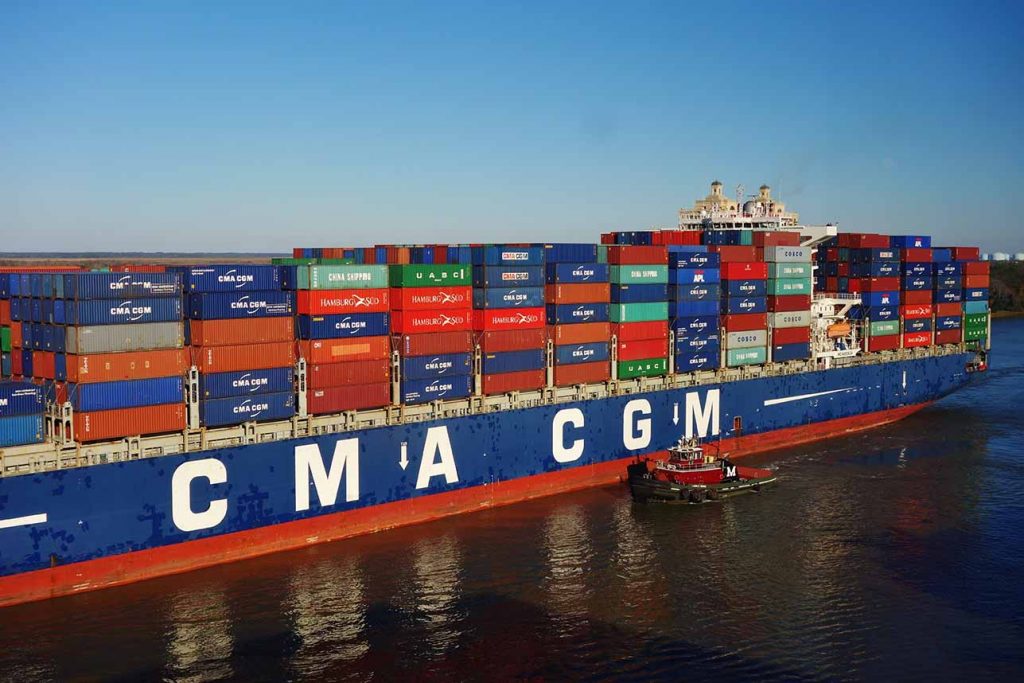 Shipping company CMA CGM didn’t specify exactly which categories of plastic scrap or waste the prohibition would apply to. | EQRoy/Shutterstock

CMA CGM Group, the third-largest ocean shipping company in the world, announced it will no longer carry post-use plastics on its ships as of June 1.

A company press release called the move “a landmark decision in the shipping industry to help protect the oceans and biodiversity.”

The change was announced by Rodolphe Saadé, chairman and CEO of the CMA CGM Group, during the One Ocean Summit, held Feb. 9-11 in France. By no longer transporting plastic waste CMA CGM will “prevent this type of waste from being exported to destinations where sorting, recycling or recovery cannot be assured,” according to a press release.

The France-based company told Reuters it currently carries the equivalent of about 50,000 standard containers of plastic waste per year. The company didn’t specify exactly which categories of plastic scrap or waste the prohibition would apply to, and whether it would include bales of sorted post-consumer scrap, post-industrial material or processed material such as flakes.

CMA CGM also did not share details about how it would do so, saying only that it will “take practical steps where it has the operational capability to do so, heeding the urgent calls made by certain NGOs.”

Advocacy group Last Beach Cleanup is one organization that has been pressuring shipping companies to stop shipping plastic waste in the past year. The Basel Action Network (BAN) has also been pushing shipping lines to halt shipments. Their organized campaign came after the Basel Amendment went into effect in 2021. The amendment to the global hazardous waste treaty placed restrictions on the global trade of used plastics.

Some of the biggest shipping lines also halted plastic shipments to comply with Asian trade restrictions that came into effect with China’s National Sword campaign.

“We applaud this landmark decision by CMA CGM. It is clear they understand the social and health impacts to impacted communities and see the harmful effects of plastic pollution on ocean ecosystems firsthand,” Dell said in a BAN press release. “It is the smart and responsible business decision to end the toxic plastic waste trade. Business cannot succeed on a planet choked by plastic pollution.”

The pressure will now increase on other shipping lines to stop, Dell said, including Hapag-Lloyd and Hamburg SUD in Germany, Maersk in Denmark, MSC in Switzerland, Hyundai Merchant Marine in South Korea, Evergreen in Taiwan, COSCO in China and Orient Shipping in Jordan.