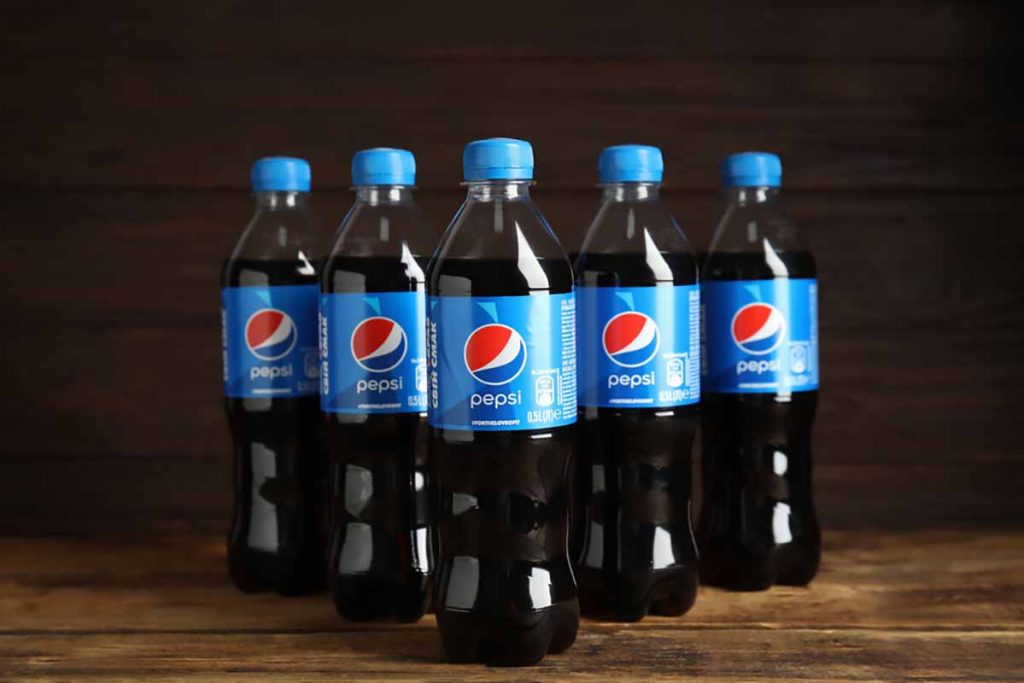 Beverage brand owner PepsiCo announced a goal to package all Pepsi-branded drinks in the U.S. in 100% RPET bottles by 2030. | New Africa / Shutterstock

The Purchase, N.Y.-based beverage and snack giant will package all Pepsi-branded drinks in the U.S. in 100% RPET bottles by 2030, according to a Sept. 15 press release. Starting in 2022, all Pepsi Zero Sugar drinks sold in the U.S. will achieve 100% RPET.

Additionally, PepsiCo highlighted a goal of reducing its virgin plastic use per serving by 50%  (against a 2020 baseline number) across its global food and beverage portfolio by 2030.

Environmental advocacy group As You Sow said PepsiCo’s virgin plastics reduction goal came after As You Sow put pressure on the company via a shareholder resolution. PepsiCo described the goal as a 50% reduction when measured “per serving.” As You Sow described the target as a “20% reduction in total virgin non-renewable plastic use across its brands,” or a reduction of about 460,000 tons over the next nine years.

“We are pleased that the company set a significant goal to reduce plastic use by one-fifth,” Conrad MacKerron, senior vice president of As You Sow, stated in a press release. “However, we have some concern that the timeline for reduction is five years longer than several of its peers have committed to.”

According to the latest New Plastics Economy Global Commitment Progress Report, post-consumer plastic made up 4% of PepsiCo’s total plastic packaging usage in 2019, up 1 percentage point from the year before. The company uses 2.3 million metric tons of plastic packaging per year, so 4% comes out to roughly 92,000 metric tons, or about 203 million pounds per year.

In October 2019, the company issued a $1 billion “green bond,” with the proceeds earmarked for sustainability purposes. Much of the money went to buying post-consumer resin for its bottles.