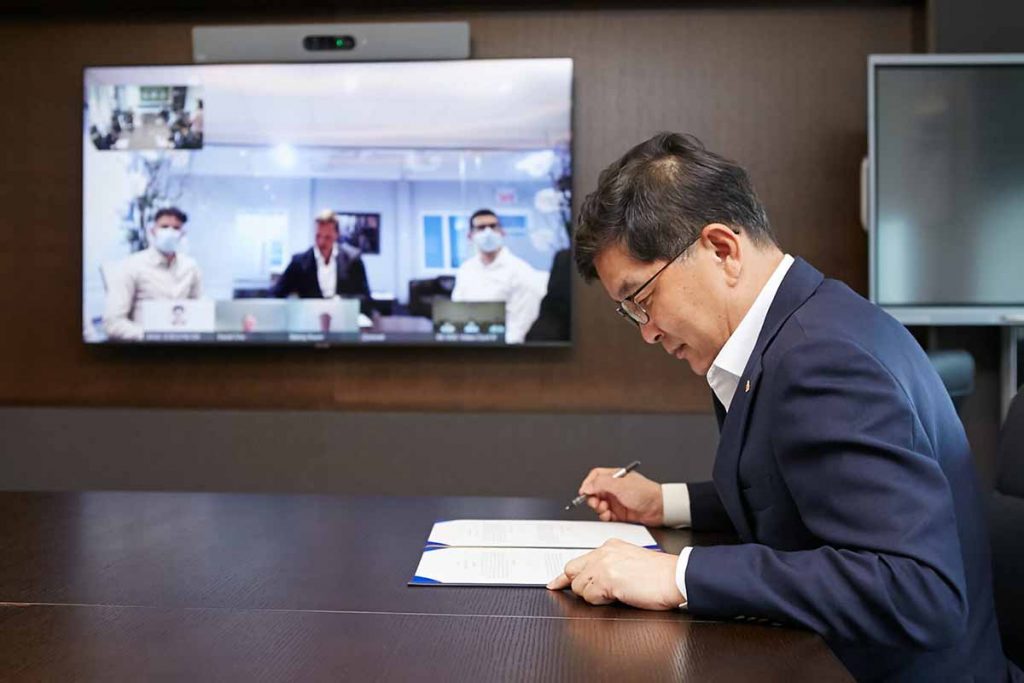 Loop Industries is commercializing a no-pressure, low-heat process to break down PET into monoethylene glycol (MEG) and dimethyl terephthalate (DMT), chemicals that can be used to make new PET.

In a recent press release, Loop Industries said SK Global Chemical entered an agreement to buy $56.5 million worth of Loop’s stock. SK was given options to acquire additional shares at successively higher prices, and the company was given representation on Loop’s Board of Directors, the release notes.

In its own June 23 release, SK Global Chemical noted the stock purchase gives it a 10% stake in Loop.

The Seoul-headquartered plastics and chemical company also signed an agreement with Loop to form a joint venture in Asia. Through the agreement, the companies plan to build recycled food-grade PET and polyester fiber manufacturing facilities throughout Asia. According to Loop’s release, SK would own 51% of the joint venture and Loop would own 49%, with Loop receiving a recurring royalty fee as a percentage of revenue from each facility for its use of Loop’s depolymerization technology.

In its press release, SK noted the first plant would be able to recycle 84,000 tons of scrap PET. The companies plan to begin construction of that facility in 2023. Then, by 2030, they plan to build another four plants in Asia, giving the partners a total PET recycling capacity of 400,000 tons per year.

SK Global Chemical talked up Loop’s methanol-based depolymerization technology, noting that it can handle low- and no-value scrap PET and recycle it with no degradation in quality.

In January 2021, SK announced it signed an agreement with Brightmark to explore using Brightmark’s pyrolysis process to recycle plastics at a plant in South Korea.

Other Loop projects and challenges

Loop also disclosed that it purchased 436 acres in Bécancour, Québec for $4.9 million on May 27. Loop plans to use proceeds from the SK deal to build a PET recycling plant on the land, the release notes.

SK isn’t the only plastics producer working with Loop. In 2018, the company signed a deal with Indorama Ventures, the world’s largest PET producer, to build a joint-venture depolymerization facility at Indorama’s Spartanburg, S.C. PET plant.

Because of project delays attributed to COVID-19, that chemical recycling unit has not yet been built, according to Loop. As a result, Coca-Cola Cross Enterprise Procurement Group (CEPG) canceled a five-year agreement it had with Loop that would help Coca-Cola bottlers buy recycled-content resin from the plant. CEPG indicated it was open to a new agreement in the future, Loop stated.

Loop is also still facing a U.S. Securities and Exchange Commission (SEC) investigation and multiple investor lawsuits that were filed after Hindenburg Research, which held a short position on Loop’s stock, published a report in October 2020 alleging that “Loop is smoke and mirrors with no viable technology.” In response to the report, Loop released the results of an outside review confirming that its technology works.