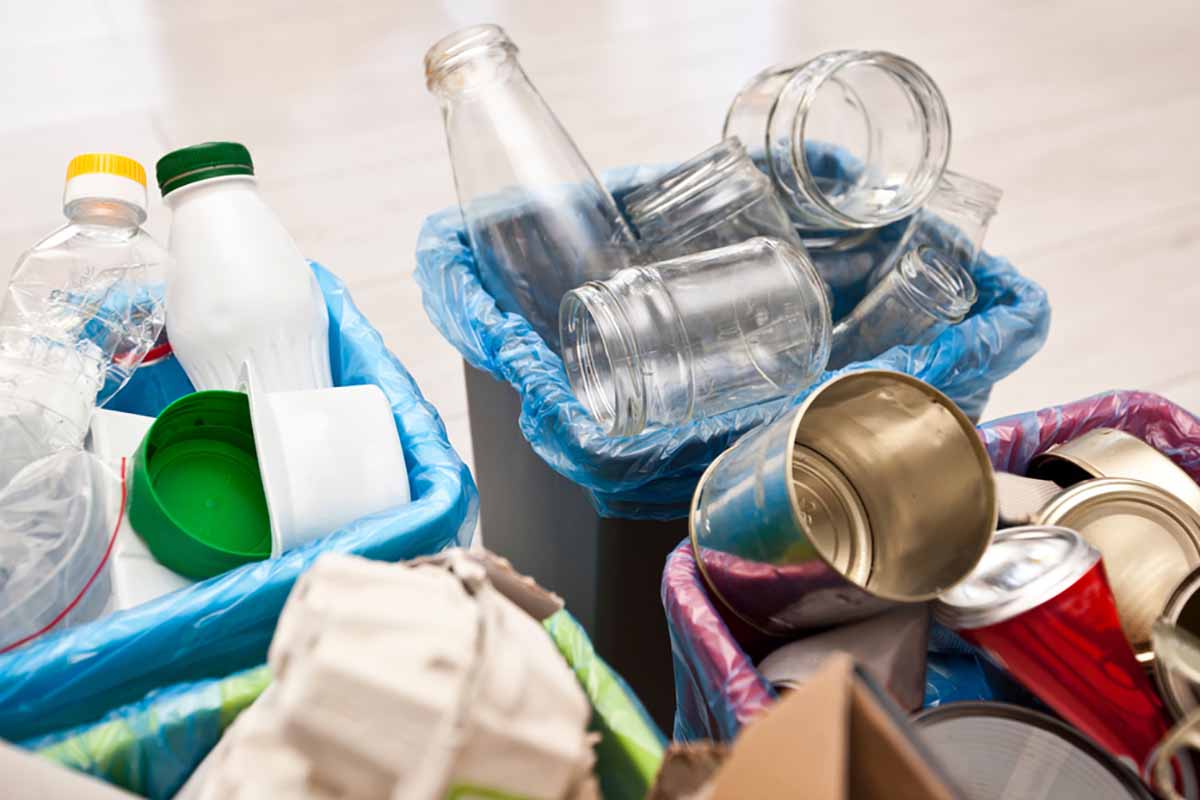 Packaging EPR programs are currently in place in parts of Europe, Canada and elsewhere, but to date, this system hasn’t reached the U.S. | Skylines/Shutterstock

Extended producer responsibility for a wide range of recyclables is gaining steam around the country. Haulers and facility operators say it’s critical that these proposals are crafted well – both to preserve what already works and allow for much-needed changes.

The Product Stewardship Institute (PSI) last week brought together a diverse group including the nation’s largest hauler; materials recovery facility (MRF) operators in the public, private and nonprofit sectors; and a rural hauling company. They discussed the implications of extended producer responsibility (EPR) laws targeting paper and packaging, a policy that shifts the financial costs of recycling onto product manufacturers.

Packaging EPR programs are currently in place in parts of Europe, Canada and elsewhere, but to date, this system hasn’t reached the U.S. In recent years, proposals have been discussed in California, Connecticut, Indiana, Maine, New York, Oregon, Vermont, and Washington.

“The U.S. stands alone here as a nation that has zero of these laws, but we do expect that to change in the next year,” said Scott Cassel, CEO and founder of PSI.

The finer details of what those laws look like are of critical importance to recycling stakeholders.

“EPR, at least in theory and when done right, offers the opportunity to systemically transform recycling and accelerate change to help us meet our climate goals and help us reduce plastics pollution,” said Kate Bailey, policy and research director for Eco-Cycle, a nonprofit MRF operator in Boulder, Colo. She noted that as a mission-based nonprofit recycling organization, Eco-Cycle has long supported EPR.

“From the hauler and the MRF perspective? Yeah, it’s a little bit more scary,” Bailey added.

There are two main options for a printed paper and packaging EPR system, Cassel explained. One revolves around municipal reimbursement, with the producers’ stewardship group providing money to the local government, which continues to manage recycling contracts. Under that option, the system “stays more along the lines of where it is right now in terms of the contract,” Cassel said.

The second option is to adopt “full producer responsibility,” in which the stewardship organization manages the entire process, including contracting directly with haulers and MRF operators. The local government is essentially not involved, and in many communities this would be a significant shift in recycling operations.

The relationship between MRF operators and haulers and their municipal customers is a key area of concern for those in the recycling business.

“Anything that cuts into our ability to contract directly with our customers, I think, is a mistake,” said Abbie Webb, sustainability director for Casella Waste Systems, a Northeast U.S. hauler and MRF operator.

She described the collaborative contracting process Casella has undertaken with its customers, tailoring service to provide specific value to a community.

“I imagine that, poof, all going away in that kind of a model where now we just contract with a [producer responsibility organization] that doesn’t understand the local needs and the local value,” Webb said.

Bailey of Eco-Cycle said a change in contracting could alter how decisions are made over local recycling program operations.

“We are a community that takes great pride in our program, and EPR means probably a lack of local control over some of those decisions about what markets we use, how much we invest in education, labor standards,” Bailey said.

Another contracting challenge is figuring out how an EPR system works with subscription-based recycling programs, where a local government is not involved at all. Webb of Casella said many of the packaging EPR bills are drafted in a way that is city government-focused.

“They’re from the perspective of municipally controlled programs, and they are not contemplating the reality in rural and small communities,” which are largely subscription-based, Webb said. This is a flaw in some of the proposed bills, she said.

“They don’t get the details right to let the rural communities have fair access to these funds,” she said.

Use of existing resources

Even if contracting control is handed over to the producers, some of the same local infrastructure would likely be utilized, speakers noted.

“MRFs are very expensive to build, permit, design, all of that, and producers already speak to not wanting to be solid waste managers,” said Jen Holliday, director of public policy and communications for the Chittenden Solid Waste District in Chittenden County, Vt. “I don’t think there’s that much interest in an EPR program for the producers to go in and build a MRF where there is existing infrastructure.”

Holliday’s municipal agency runs a MRF, and given EPR discussions taking shape in Vermont, her solid waste district is closely following how local infrastructure would be utilized under such a system. She said there have been some efforts to include in legislation a guarantee that existing infrastructure will be used under the EPR system.

That’s an area of critical focus for Waste Management, the nation’s largest hauler and MRF operator.

Susan Robinson, senior director of sustainability and policy for the company, said it would be critical to Waste Management that any EPR legislation is protective of the existing infrastructure. Producers shouldn’t come in and redesign a system that has taken years of risk and effort to build up, she said.

“You have in place billions of dollars of investment that have been made by private industry and government over decades,” Robinson said.

The movement toward packaging stewardship comes as many stakeholders have seen the potential for EPR to increase collection and improve management of problematic materials, particularly plastics.

Waste Management, for instance, has evolved its view on packaging EPR as a result of market shifts. The company has long seen EPR as a strong funding source for hard-to-manage materials that don’t have collection systems in place or funding mechanisms, Robinson said.

“In the last couple years, with the focus on plastic, a lot of that material is hard to handle,” she said. “We can’t manage it. We don’t have good systems. It doesn’t have good markets.”

With depressed commodity prices and an escalation in costs to manage recycled plastic, “we recognize the financial implications and the need to address this from a financial perspective,” Robinson said.

EPR would particularly benefit those rural recycling systems, she said, providing the financial support to expand recycling availability where it is currently limited due to cost. EPR could offset the local costs of long-distance transportation to MRFs and end markets.

“As a hauler, specifically, I do see mostly upsides to packaging EPR,” she said.

Not the entire solution

EPR offers major financial backing for the recycling system, and that is a prime topic for 2020 and beyond, as COVID-19-related budget shortfalls may worsen existing funding shortages.

But it doesn’t fix everything, Robinson stated.

“One thing that EPR does well is it puts money into the system and it creates supply,” she said. “But something it really hasn’t been successful at is creating demand.”

She pointed to Europe as an example. Although many European nations have had packaging EPR programs for years, Europe in recent years has shipped a majority of its scrap plastic to southeast Asia – even more than the U.S., Robinson said. Domestic markets have not risen to meet the supply, and that could be a learning lesson for the U.S.

The U.S. has been focused on supply for 30 years, Robinson said, but the focus must now include demand.

“If we just put more supply into the system without creating demand, as the global markets have constricted, that material has no place to go,” she said. “And so we need to build that demand at the same time as we build that supply.”

That’s why a minimum-post-consumer-content mandate should be part of the systemic improvements to recycling, Robinson said.

“It’s a must,” she said. “Without it, we aren’t ever going to create a stable, sustainable recycling program in the United States.”

A version of this story appeared in Resource Recycling on December 22.