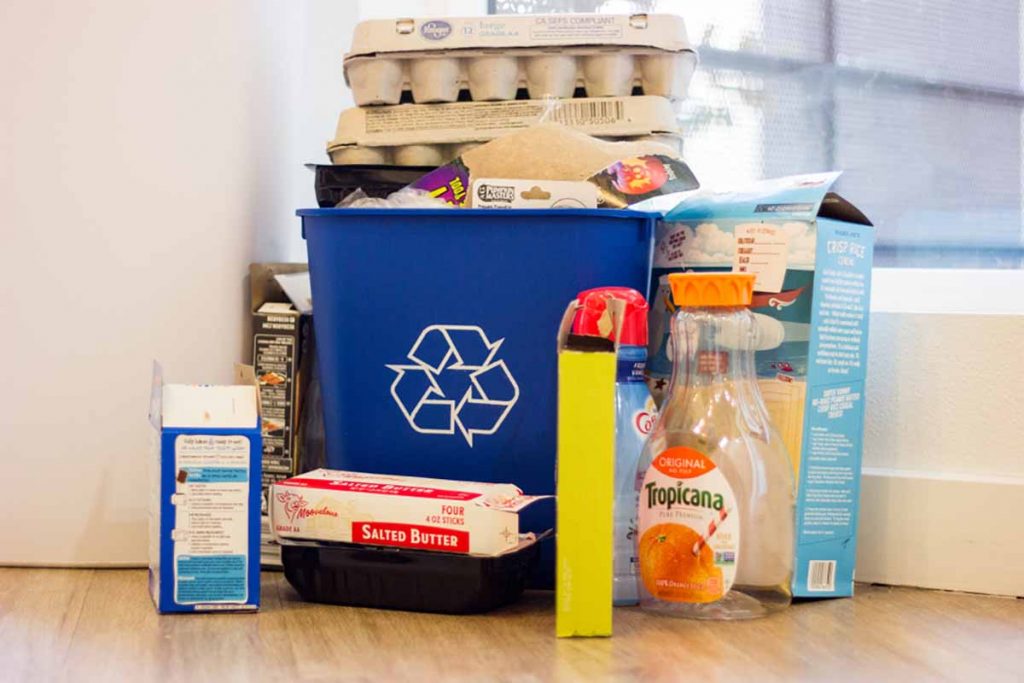 A committee in Oregon envisions a uniform statewide “accepted recyclables list,” as well as “truth-in-labeling” requirements, which would require packaging to have accurate labeling indicating whether it should be recycled, composted or disposed of in the trash. | emmavgerard/Shutterstock

A multi-stakeholder group in Oregon is urging state leaders to implement an extended producer responsibility program for printed paper and packaging. In Washington, officials are developing recommendations to reduce plastic packaging waste.

Oregon’s Recycling Steering Committee, which was convened by the state’s Department of Environmental Quality (DEQ), released a Sept. 18 document with its recommendations for modernizing the Beaver State’s recycling system. Broadly speaking, the proposal calls for implementing extended producer responsibility (EPR) for printed paper and packaging, something no U.S. state has done but several have explored.

“While residents can buy less stuff and reuse what they have, consumer brands, packaging producers and plastics manufacturers hold the most power to influence change,” according to the report. “Consumer brands have made recent public commitments to invest in recycling infrastructure, address plastic pollution and use more recycled content in their products. However, experience and history have shown that we cannot rely on voluntary industry commitments. There is a clear need to obligate packaging producers to make good on their promises to the public.”

Meanwhile, in Washington state, consultants and state government officials are developing recommendations for lawmakers to tackle the problem of plastic packaging waste.

The committee has representation from waste and recycling membership associations, nonprofit groups, local governments, haulers and recyclables processors and others.

The group’s report envisions that the Oregon Department of Environmental Quality (DEQ) would have oversight over the EPR program, which would be carried out by a stewardship group representing producers. The producers would have both operational and financial responsibilities, although Oregon’s local governments would retain control over which companies provide recycling service to their residents. A new Oregon Recycling System Council (ORSC) would provide feedback to DEQ on various facets of the program.

The committee envisions a uniform statewide “accepted recyclables list,” as well as “truth-in-labeling” requirements, which would require packaging to have accurate labeling indicating whether it should be recycled, composted or disposed of in the trash. Life-cycle analyses would inform the end-of-life management that different materials receive.

The state would also develop a framework to permit and certify MRFs. The goals would be to ensure clean bales are sent downstream, helping to protect residents living near the bale buyers, and to ensure that newly developed MRF employee equity goals and standards are achieved.

Under the committee’s proposal, Oregon would also establish a waste prevention and reuse grant program to help local governments, schools and businesses shift from single-use packaging to durable reusable alternatives.

The recommendations are part of a DEQ-led project to improve the state’s recycling system, which, like others, has been challenged by downstream market changes in recent years. The committee has been working since May 2018, several months after China imposed scrap import bans as part of its National Sword campaign.

Earlier this year, DEQ released a report that was prepared by consulting firm Resource Recycling Systems (RRS) and laid out five possible approaches. They ranged from adding permitting and certification requirements for MRFs, to implementing full-fledged EPR systems.

The Washington Department of Ecology hired Seattle-based Cascadia Consulting Group to study and help develop proposed solutions for the problem of plastic packaging waste. The exercise is in response to legislation passed last year.

On Sept. 14, the department uploaded final recommendations from Cascadia Consulting and three firms it collaborated with: Eunomia Research & Consulting, Full Circle Environmental, and MORE Recycling. Their main recommendations are for the Evergreen State to implement EPR for all consumer packaging and paper, create a deposit system for all beverage containers (Washington has no bottle bill; Oregon has the oldest bottle deposit program in the U.S.) and impose recycled-content requirements for all plastic packaging.

As a next step, Ecology department staff will take the consultants’ report and submit their own recommendations to the legislature by Oct. 31.

A number of studies have been produced through the project. In June, Plastics Recycling Update wrote about one focused on the use of post-consumer resin in packaging.

A version of this story appeared in Resource Recycling on September 29.