Industry veteran shares insights on markets and her new venture 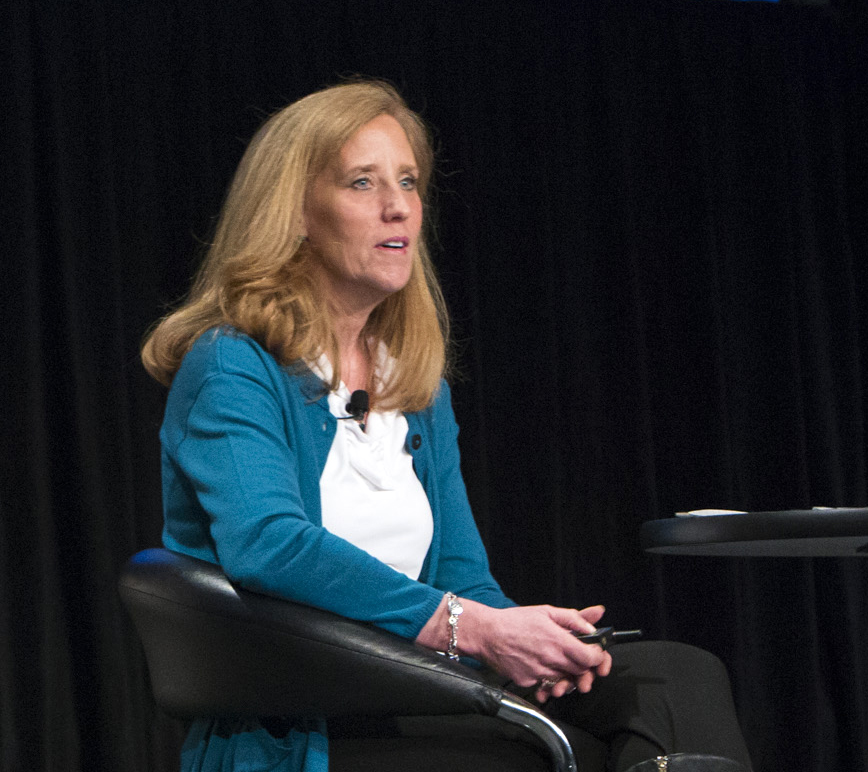 Tamsin Ettefagh, who has helped lead a couple of the largest plastics recycling companies in North America, has embarked on a new consulting venture.

Called Tamsinette LLC, the consulting firm will concentrate on finding solutions to boost the recycling of plastics, with a focus on PP.

“I feel very proud of my time at KW and its growth to be the biggest,” said Ettefagh, a resident of Greensboro, N.C. “I’m excited about taking Envision and making them a differentiated company in the polyethylene space. And now I’m looking for what my next big bang is going to be before I retire, and I’m hoping I can do that in polypropylene predominantly in some capacity.”

Ettefagh, who is 58 and plans to work for another decade, recently shared her plans for her new career. She also detailed her reasons for leaving Envision and insights into today’s plastics recycling markets.

Ettefagh said she’s currently working as an adviser to a startup called Polycarbin, which is tackling plastic scrap generated in biomedical labs. Ettafagh said an estimated 3 billion pounds of plastics from scientific settings is disposed of each year. On July 17, Polycarbin announced a partnership with plastic product manufacturer Westfall Technik, which converts resin into health care products.

Ettefagh emphasized the recycling potential of the personal protection equipment (PPE) surging into the waste stream as a result of COVID-19. Polymers in PPE include nylon, polycarbonate, PET and, especially, PP. It’s important to overcome the stigma that these plastics can’t safely be recycled into new products, she said.

“Recycling of these types of things needs to be thought about as we go forward,” she said.

She also praised The Recycling Partnership’s recent formation of the Polypropylene Recycling Coalition, which intends to spend $25 million over five years improving the recovery system for PP.

‘Left them in a good spot’

In 2001, Ettefagh helped start Envision Plastics, where she remained through a number of ownership changes. In 2014, Bain Capital bought the company through one of Bain’s investments, Consolidated Container Company (CCC). Three years later, in 2017, Loews Corp. acquired CCC from Bain for $1.2 billion. CCC earlier this year changed its name to Altium Packaging.

Initially, Ettefagh was a partner with an ownership stake in Envision, giving her a lot of decision-making power, she said. That changed after a 2014 sale, a shift that was difficult for her, she said.

She pointed to the success Envision experienced while she helped run it, including commercializing recycled food-contact resins covered by FDA letters of no objection, building the ocean plastics program, and bolstering the color-sorted recycled HDPE business.

In January 2019, Plastics Recycling Update published an article noting the company’s OceanBound plastics program was having trouble getting brand owners to purchase enough recycled resin at its production levels at the time. The article prompted a major brand owner to pursue a purchasing contract, she said.

After a steep runup in natural HDPE prices last year and early this year, Ettefagh helped boost Envision’s capabilities for sorting colored HDPE. That product became a cheaper alternative for brands that were buying natural HDPE and coloring the resin to make their products, she said.

During the last two months of her employment, Envision Plastics experienced its highest profits ever, she said.

“I would say I left them in a good spot and I believe the way they’re going to run Envision going forward will be more fruitful for their packaging business and I wish them the best,” she said.

She likened the company to her last teenager going off to college; she felt like it was time to let them go, she said.

Amid the coronavirus pandemic, Ettefagh has reached out to plastics reclaimers to see how they’re faring. Some company leaders say they’re devastated and are putting their own money into their businesses to keep them alive, she said, and others are reporting strong demand and growth.

The difference seems to be which technology they use to produce recycled resins for which markets, she said. For instance, the pipe, flower pot and automotive component industries have used recycled resin simply to save money, so with virgin plastics prices down, they aren’t as active buying recycled resin, she said. Coupled with COVID-19, reclaimers selling into those markets are struggling.

Between early August 2019 and January 2020, the price of natural HDPE skyrocketed from less than 21 cents a pound up to over 63 cents, she said. At that point, it was double the price of virgin plastics.

She said the consumer product companies that have signed the Ellen MacArthur’s Foundations New Plastics Economy Global Commitment stuck by their PCR purchases, despite the higher natural HDPE prices and the large gap between virgin and recycled plastics prices. As a result, reclaimers that have invested in technologies to produce high-quality recycled resin for those users are still selling to meet those needs, she said.

“I feel like the ones that haven’t done any of those three things, they’re going to lose at the end of the day,” she said.