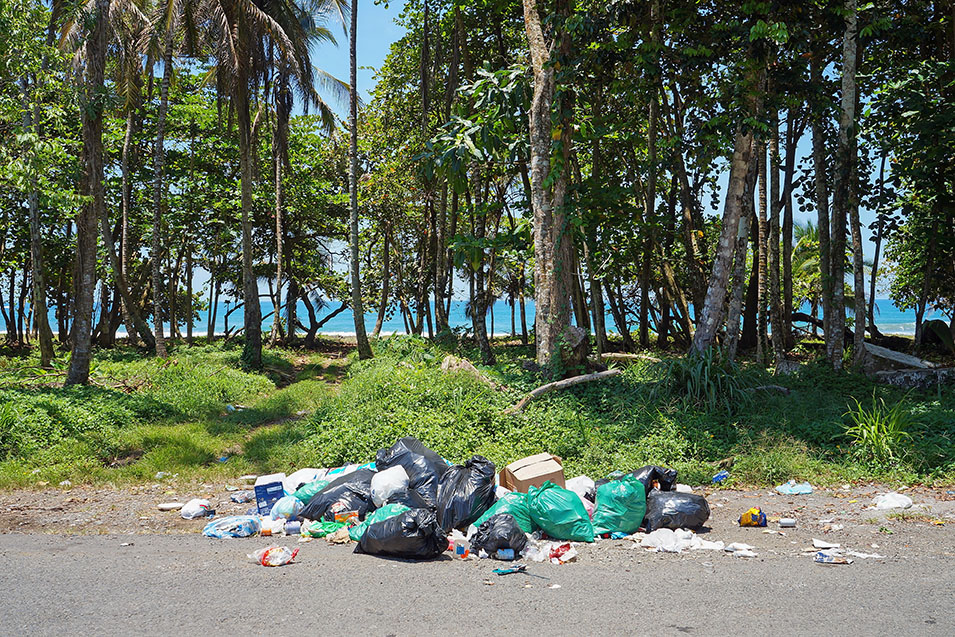 As of early this year, Envision Plastics was on track to meet its goal of recycling 10 million pounds of OceanBound plastic over two years. | Damsea/Shutterstock

Envision Plastics says it received the first FDA letter allowing litter recovered from coastal areas in developing countries to be recycled into food and drink packaging.

The U.S. Food and Drug Administration (FDA) on July 31 issued a letter of no objection (LNO) to Envision, clearing the way for the company to sell its OceanBound plastic for food and drink packaging. Envision Plastics is the second-largest HDPE reclaimer in North America, after KW Plastics.

“We’ve seen [OceanBound] demand continue to build and we fully expect that to continue especially with the receipt of the LNO,” Mark Shafer, senior vice president and general manager of Envision Plastics, told Plastics Recycling Update. “That’ll dramatically increase demand as all these additional opportunities are opened up to us. We’re excited to work with the various brand owners to help them with their messaging by using the OceanBound product line.”

Envision Plastics issued a press release about receiving the letter. The LNO covers the recycling of clear/opaque food-grade HDPE milk, water and juice containers into food and drink packaging at up to 100% recycled content. Envision could include food-grade additives during the recycling process. In issuing the letters, the FDA was convinced the recycling process would result in contaminant concentrations of 0.5 parts per billion or less in the food, below its “threshold of regulatory concern.”

In this case, the letter notes the new packaging could be used to hold aqueous and/or acidic food and drink in containers used at a range of temperatures, from frozen on up to pasteurized at over 150 degrees Fahrenheit. Additionally, the plastic could be used to hold fatty and/or alcohol-containing food and drinks, but in that case the containers couldn’t be heated over 150 degrees Fahrenheit.

Employing a wash line followed by a devolitizer technology using air and heat, Envision already produces a food-grade recycled HDPE from recyclables collected curbside in the U.S. It calls that product EcoPrime.

Separately, Envision has also processed plastics sourced from coastal areas of the Caribbean Sea. In April 2017, the company declared a goal of recycling 10 million pounds of OceanBound plastic over two years. Envision set up a supply chain collecting the material from Mexico’s Yucatan Peninsula, Haiti and the Dominican Republic.

To obtain an LNO for OceanBound, Envision was able to build off of existing letters going back nearly two decades. The latest letter noted the recycling process detailed in Envision’s application is a modified version of a process that received LNOs in 1998 and 2017. The letter noted the process “emphasizes strict source control, sortation of the feedstock, and decontamination of PCR-HDPE.”

Envision Plastics has locations in Chino, Calif., and Reidsville, N.C. Shafer said that, depending on demand for the food-grade OceanBound plastic, it could be produced at either location.

Shafer said the innovation around OceanBound is really about the supply chain Envision established to recover plastics near coastlines in areas without formal waste collection systems. The company partnered with local entrepreneurs who agree to adhere to a set of standards for safety and working conditions and undergo third-party auditing.

In terms of quality, OceanBound material entering Envision Plastics is “not necessarily significantly different” from the bales the reclaimer obtains from materials recovery facilities in North America, Shafer said.

As of early this year, Envision was on track to meet its goal of recycling 10 million pounds of OceanBound plastic over two years, despite experiencing difficulty persuading enough buyers to pay OceanBound’s higher price, which is needed to cover Envision’s added costs of sourcing scrap plastic from the Caribbean.

Shafer said Envision remains committed to the OceanBound plastic, and “as the demand warrants it, we will put additional supply on.”

“We’re continuing to invest in it,” he said. “It’s one of our product lines and we’re excited about what it can do for us and for society.”