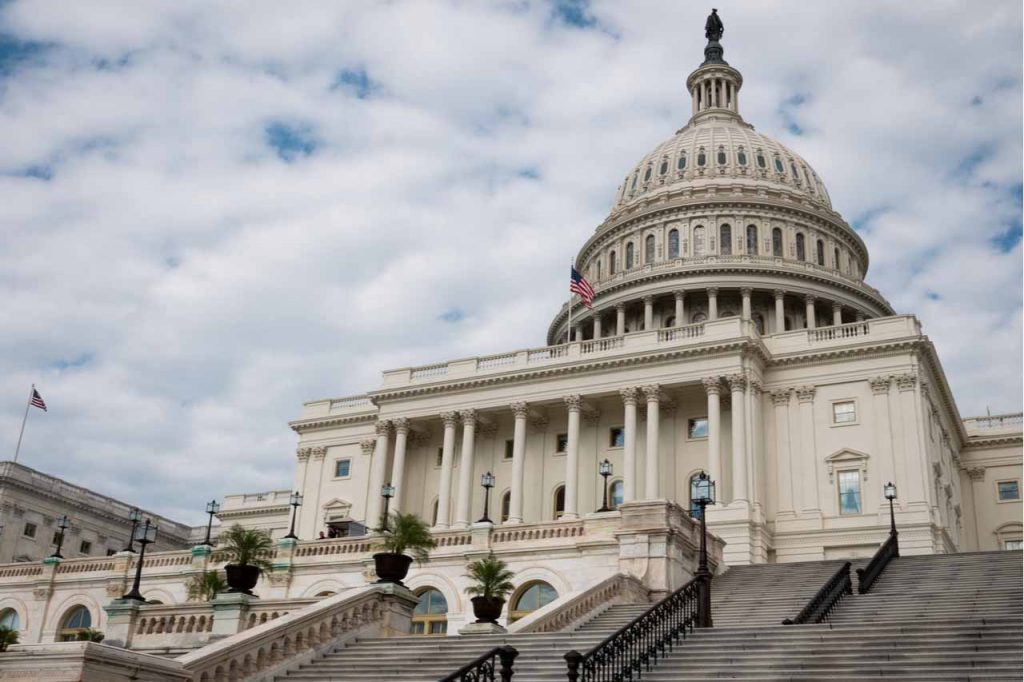 Across the U.S., recycling conversations among elected officials are gaining momentum, suggesting 2020 could still be marked by laws related to materials recovery.

At the outset of 2020, the year seemed primed to be one in which recycling policy would grab significant attention, even outside the industry.

Ambitious California legislative proposals, which did not advance in the 2019 session, were anticipated to return with more force during this year’s session. Multiple federal recycling grant bills were introduced in Congress. And all eyes were on a separate sweeping federal proposal that would overhaul the U.S. recycling system, with an eye on better plastic management.

But then came COVID-19. Officials turned their attention almost entirely to coronavirus issues, touching on recycling only to make room for pandemic response. Washington’s governor in early April vetoed a recycled-content mandate for beverage containers, citing concerns over the economic impacts at a time when government revenues were falling. Uncertainty was everywhere.

But now, even as the pandemic continues, recycling is back in the legislative eye in a strong way.

Finally, this week, the state of California allowed a temporary suspension of its single-use plastic bag ban to expire, although a separate move relaxing container redemption requirements was extended further. Recycling stakeholders had previously expressed concern that the suspension of the bag regulation – which also includes recycled-content mandates that have driven demand for post-consumer resin – would be extended further.

“[Lawmakers are] picking up where they left off,” said Scott Cassel, CEO of the Product Stewardship Institute, which advocates for extended producer responsibility legislation across the country.

Cassel said he anticipates more policy discussions emerging shortly. The pause in activity to focus on the coronavirus was similar to a dam, he said, and now the water is flowing again.

“We expect to see that surge continue,” he said.

A Senate committee hearing last week focused on challenges facing the U.S. recycling system. During the hearing, lawmakers noted that recycling is typically regulated at the state level but momentum is building for a more unified approach nationwide. The discussion came a day after a plastics recycling bill was introduced in Congress.

“There is a consensus that the federal government can play a greater role in facilitating recycling but the details of what that role should be are subject, as you know, to debate,” Sen. Tom Carper, D-Del., said during the hearing.

He asked industry experts in attendance how Congress could best help the recycling sector and what role the federal government could play in addressing current challenges.

Bridget Croke, managing director of Closed Loop Partners, said the recycling sector would benefit from the type of assistance that virgin raw materials producers receive: tax incentives, measures to incentivize market demand, and other tools to help make the economic case for using the materials.

“Building up a system that aggregates recycled-content material, and helping it compete with the raw materials market, requires the same incentives that the raw material markets get,” Croke said.

Megan Stasz, vice president of packaging and sustainability at the Consumer Brands Association, said the federal government can help with data collection and standardization.

“We want to raise recycling rates in the states, but we don’t know what the baseline is,” she said.

The federal government could also play a “terrific role” in end-market development, she said, particularly because building up that end-market infrastructure will create jobs.

The Senate discussion also shined light on the fact that at the national level, when lawmakers think about “recycling,” they are often focused primarily of plastics. Resin recovery got the bulk of attention during the Senate hearing, even though the event was billed as a conversation about challenges facing recycling as a whole.

“I don’t think there’s any way to describe recycling as anything other than a whopping failure when less than 10% of recyclable product gets recycled even when it’s put in the bin by a consumer,” said Sen. Sheldon Whitehouse, D-R.I., apparently referencing a recent finding that only about 9% of all plastic ever manufactured has been recycled.

No actions were taken during the hearing, although Sen. Tom Udall, D-N.M., spoke about the legislation he introduced earlier this year, the Break Free From Plastic Pollution Act.

In other developments at the national level, the U.S. Census Bureau and the U.S. EPA are collaborating on a project to boost domestic recycling markets.

The Opportunity Project, a Census Bureau program focused on creating digital tools to address various challenges, is kicking off an initiative focused on environmental challenges. One of its goals will be to “develop innovative digital solutions that connect domestic recycling facilities with manufacturers to enhance recycling markets and increase the use of recycled materials in new products,” according to a project description.

“By enhancing connections between those processing recycled materials and those interested in purchasing these materials, there will be more demand for recyclables, leading to a stronger and more resilient recycling system in the U.S.,” the description continues.

The project references the decline in international markets for recyclables and explains how that shift has challenged materials recovery.

“Many recycling facilities are unable to fill the gap left by international markets, as they are not connected to domestic manufacturers (e.g., paper mills, bottling plants) that have demand for using these recycled materials in new products,” the project states. “These dynamics have contributed to recycling programs across the country shrinking or even shutting down.”

The project will continue through September.

Action at the statehouse

Meanwhile, multiple state legislatures recently considered or are advancing proposals to bolster recycling in their states.

In Colorado, a bill to incentivize recycling market development was sent to the governor’s desk this month after clearing both legislative chambers.

The bill requires the state’s environmental agency to take steps in planning for a recycling end-market development center. It also directs the agency to “create policy and legislative recommendations that will help product manufacturers play a larger role in designing, managing and financing programs for end-of-life management of their products and packaging,” according to Recycle Colorado.

Additionally, it directs the agency to conduct a statewide recycling outreach campaign.

“Developing end markets in Colorado will increase the demand for recycled materials, in turn raising the value of recyclables and making recycling more economically viable, and ultimately resulting in more materials diverted from landfills,” stated Recycle Colorado in a release.

Market development is also a current policy focus in California, where a statewide commission on recycling markets and curbside recycling will host its first meeting this week.

Established by legislative action, the group is tasked with creating policy recommendations to help the state meet market development, waste reduction and emission reduction goals. As part of that work, the group will make recommendations on increasing market demand for post-consumer recyclables and increasing demand for recycled-content products. It will also recommend recycling systems that yield high-quality feedstocks.

The commission includes a diverse array of stakeholders from local and state government, environmental advocacy groups, recycling companies and more.

In Michigan, lawmakers this month heard about a series of six bills that would modify the state’s solid waste system by amending regulations and adding definitions, in part to incorporate recycling and other materials recovery facilities into state regulations.

Introduced in late May, the reforms are part of a plan for Michigan to meet its statewide goals of a 45% recycling rate, and to modernize certain components of the state’s solid waste system to incorporate a focus on “materials management” beyond solid waste management.

“We need policy to really turn our liabilities into assets, and we are poised to make that shift right now,” said Kerrin O’Brien, executive director of the Michigan Recycling Coalition, in a presentation before lawmakers this month. “We have funding in hand. The vast majority of stakeholders support these updated policies. There’s no better time than now.”

In New Jersey, a recycled-content mandate for numerous packaging types was introduced in the state senate this month.

Additionally, the bill bans the sale of polystyrene packing peanuts.

Glass containers would be required to include 35% recycled content by 2022. However, if the manufacturer can demonstrate that its recycled content includes at least 50% mixed-color cullet, the requirement drops to 25%, incentivizing the use of lower-grade mixed glass.

Paper bags would be mandated to have 40% recycled content by 2022, with some exceptions based on size. Reusable plastic bags would need to hit 20% recycled plastic by 2022 and 40% by 2025. Trash bags would also have a 10% recycled-content requirement.

The bill has been referred to a committee for further review.

A long-discussed contamination-related bill was signed into law in Florida last week.

Of particular note, the bill states that private haulers and MRFs are “not required to collect or transport contaminated recyclable material” from a community if the material is contaminated beyond what is allowed in the contract.

The bill was signed by Gov. Ron DeSantis on June 18 and takes effect July 1. It will cover contracts executed or renewed after Oct. 1, 2020.

A version of this story appeared in Resource Recycling on June 23.