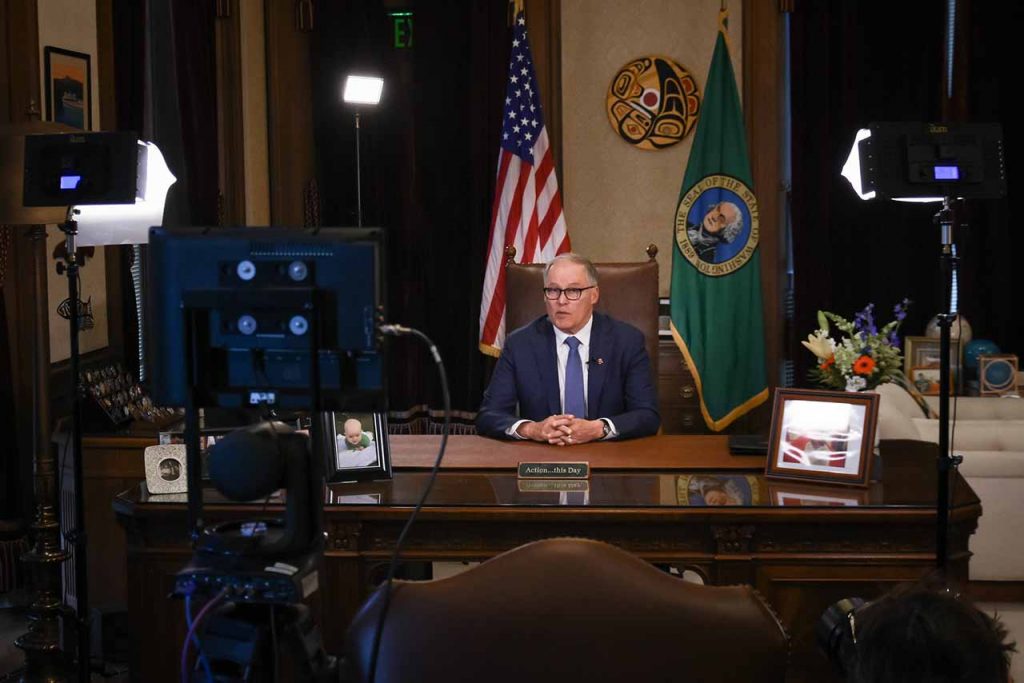 Washington’s governor vetoed a bill mandating recycled content in beverage containers, citing concerns about the state’s fiscal future given the economic impacts of the coronavirus.

In his April 3 veto message, the second-term Democrat said the COVID-19 pandemic will have a major impact on the state’s economy. The situation has changed dramatically since lawmakers approved a 2020 supplemental operating budget last month, he wrote.

“I have conferred with leaders in the House of Representatives and Senate, and we agree that we must prepare for the effects of the lost revenue that will result from this pandemic,” he wrote.

The bill would increase costs for state government in terms of administration and enforcement. According to a fiscal note, it would increase state expenditures by about $328,000 in the 2021-23 state budget, the first full budget cycle after the recycled-content policy would have gone into effect.

The bill would have been the first of its kind in the U.S. Last fall, California Gov. Gavin Newsom vetoed a similar bill, citing concerns the legislation was crafted in such a way that it put the burden on state regulators, not manufacturers, to ensure recycled content in bottles.

Unlike the container legislation, the bag bill is expected to be a money-maker for the state. It requires consumers to pay an 8-cent fee for paper and reusable plastic bags, with the fee for reusable plastic bags increasing to 12 cents in 2026. The fee itself will be retained by stores. But the bag charge is considered a taxable retail sale, meaning customers will have to pay sales tax on the fee amount.

According to a fiscal note estimate, those sales tax revenues will total millions of dollars a year for state and local governments, well over the added expenditures of administering the new bag policies.