Pause on bag law is a hit to some recyclers 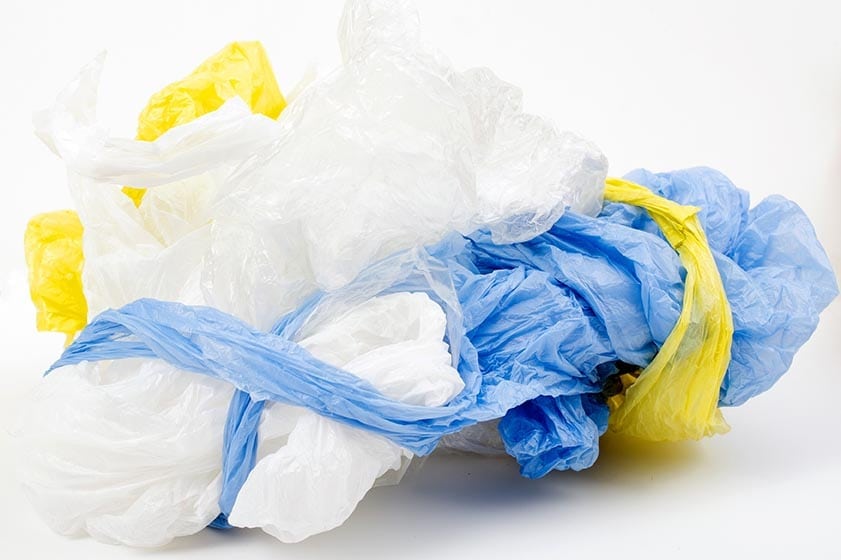 California’s single-use bag ban has been suspended for two months, with the governor citing coronavirus safety concerns. One plastics reclaimer said the move led to an immediate drop in PCR sales.

Suspending the bag ban means retailers can offer single-use plastic bags at point-of-sale, rather than offering only reusable plastic bags or paper bags. However, it does not apply to the more than 100 municipalities that implemented local bag ban ordinances before 2015, according to Californians Against Waste. The California Grocers Association is lobbying for those local governments to adopt similar suspensions.

The statewide change was made with public health and safety in mind, particularly minimizing “the risk of COVID-19 exposure for workers engaged in essential activities, such as those handling reusable grocery bags or recyclable containers” in recycling centers and retail settings, according to the order.

Reusable plastic bags allowed under the law are required to include at least 40% recycled plastic, and that fact made the California law an “important demand driver for film recycling in North America,” said Eadaoin Quinn, director of business development and procurement for EFS-plastics, a processor of film and mixed rigids with locations in Hazleton, Pa. and Listowel, Ontario.

“The suspension of the California bag ban has had an immediate negative impact on our ability to recycle plastic bags and film packaging,” Quinn said. “The suspension of the ban has resulted in bag manufacturers reverting overnight to using 100% virgin LDPE, which today can be purchased for less than recycled resin.”

She said EFS-plastics saw a decline in buyers as soon as the order took hold. Some planned recycled resin orders for May were canceled the morning after the executive order was signed.

Quinn added that some retailers are misinterpreting the reasoning behind the executive order, assuming it means that if the virus were on a scrap plastic item it could somehow survive the recycling process and taint the new reusable bag.

“It is extremely damaging to the recycling industry as a whole to allow the public to think recycled plastic is somehow less safe or sanitary than virgin resin,” Quinn stated.

“The suspension of the ban has resulted in bag manufacturers reverting overnight to using 100% virgin LDPE, which today can be purchased for less than recycled resin.”
–Eadaoin Quinn, director of business development and procurement, EFS-plastics

Looking to quash another potential misconception, the Association of Plastic Recyclers (APR) stressed that the order should not be seen as a reaction to insufficient supply of recycled plastic for bag production. (APR owns Resource Recycling, Inc., publisher of Plastics Recycling Update.)

Steve Alexander, president and CEO of APR, pointed out that the order does not prohibit retailers from providing the recycled-content reusable plastic bags. It just doesn’t prevent them from opting for single-use bags.

“There is ample supply of recycled material available to continue to supply recycled content for use in bags in California, if they choose to do so,” he said.

Cherish Miller, vice president of marketing and sustainability for recycling firm and recycled-plastic bag manufacturer Revolution, said the change will affect post-consumer resin demand. But she noted the law suspension is temporary and that grocers are calling for a return to the bag ban law in the future.

The California Grocers Association, for instance, said it “does encourage a return to full implementation of existing state and local carryout bag laws as soon as it’s determined to be appropriate by public health officials and the state.”

“Right now we’re assured there is a commitment to go back as soon as possible,” Miller said.

The executive order also suspends some requirements related to the container redemption program in California, which, like others around the country, was already facing significant challenges from COVID-19, leading to a shortage of incoming containers. The temporary change relaxes hours-of-operations requirements for recycling centers that redeem deposit containers, and it allows retailers to temporarily stop redeeming deposit containers.

“In normal times, a temporary closure would be against the rules, and CalRecycle would take enforcement action against the managers of the centers that closed or didn’t operate the minimum number of hours per week,” Collins said. “So, the Executive Order gives the centers flexibility to either close temporarily or operate fewer hours per week.”

Collins added that redemptions are already down substantially in California – although it’s not an official number, she said informally she’s heard that redemption is about 55% of its normal weight for this time of year.

“This is likely due to a number of factors, ranging from centers closing or operating fewer hours to people staying at home,” Collins said. “Many people are just accumulating containers in their homes.”