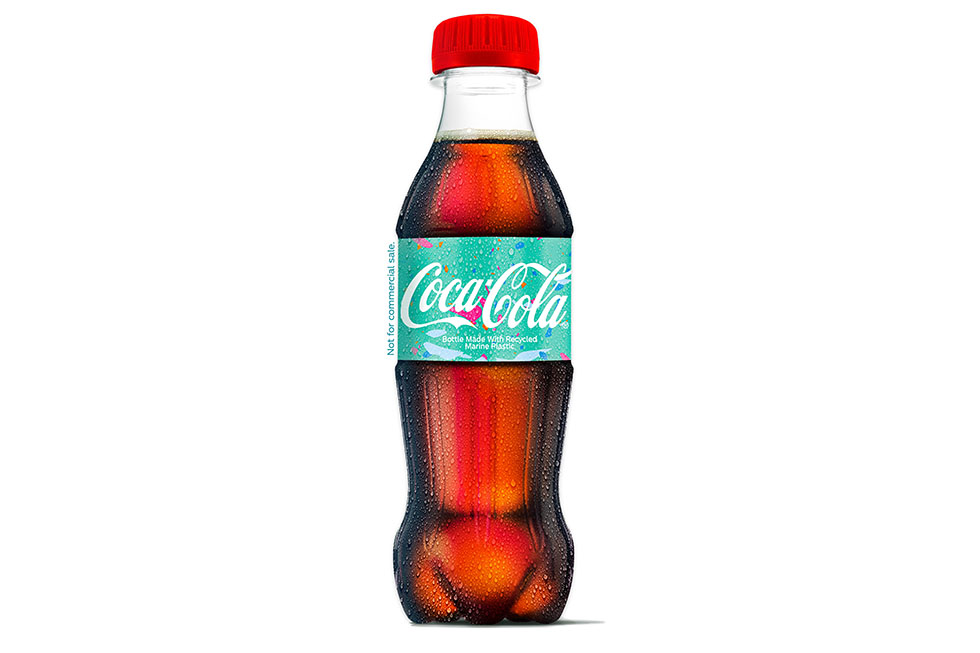 About 300 sample bottles were produced from material collected on beach cleanups and from the Mediterranean Sea. | Courtesy of Coca-Cola

The Coca-Cola Co. released a container made partially from ocean plastic, making it the latest company to pursue a food-contact application for the low-grade material.

Last week, Coca-Cola unveiled a PET bottle with 25% ocean plastic, the product of the company’s collaboration with a chemical recycling startup. About 300 sample bottles were produced.

The marine plastics were recovered from the environment via a couple different avenues: Volunteers collected the material during 84 beach cleanups in Spain and Portugal, and fishermen brought floating plastic back to 12 Mediterranean ports.

The material was processed by Dutch startup Ioniqa Technologies, which used depolymerization technology to break down the PET into its monomers, which were then sent to an Indorama Ventures facility to be polymerized into new plastic. In January 2019, Coca-Cola lent the Eindhoven, Netherlands-based company money to scale its chemical recycling technology, which Coca-Cola refers to as “enhanced recycling.”

“The marine plastic bottle has been developed as proof of concept for what the technology may achieve in time,” according to Coca-Cola’s announcement. “In the immediate term, enhanced recycling will be introduced at commercial scale using waste from existing recyclers, including previously unrecyclable plastics and lower-quality recyclables. From 2020, Coca-Cola plans to roll out this enhanced recycled content in some of its bottles.”

In other recent cases, reclaimers have begun to mechanically recycle recovered marine plastics into food-contact applications.

In the spring, PET reclaimer CarbonLite announced the company would begin producing recycled marine plastics for use in food and beverage packaging. It plans to send the recycled resin to PinnPack, which is owned by CarbonLite, for conversion into thermoformed packaging.

This summer, Envision Plastics received a letter of no objection from the Food and Drug Administration to recycle otherwise ocean-bound HDPE containers into pellets for molding into food and drink packaging. Envision, which is the second largest HDPE reclaimer in the U.S. after KW Plastics, already produces food-grade polyethylene from scrap plastics collected through municipal collection channels.