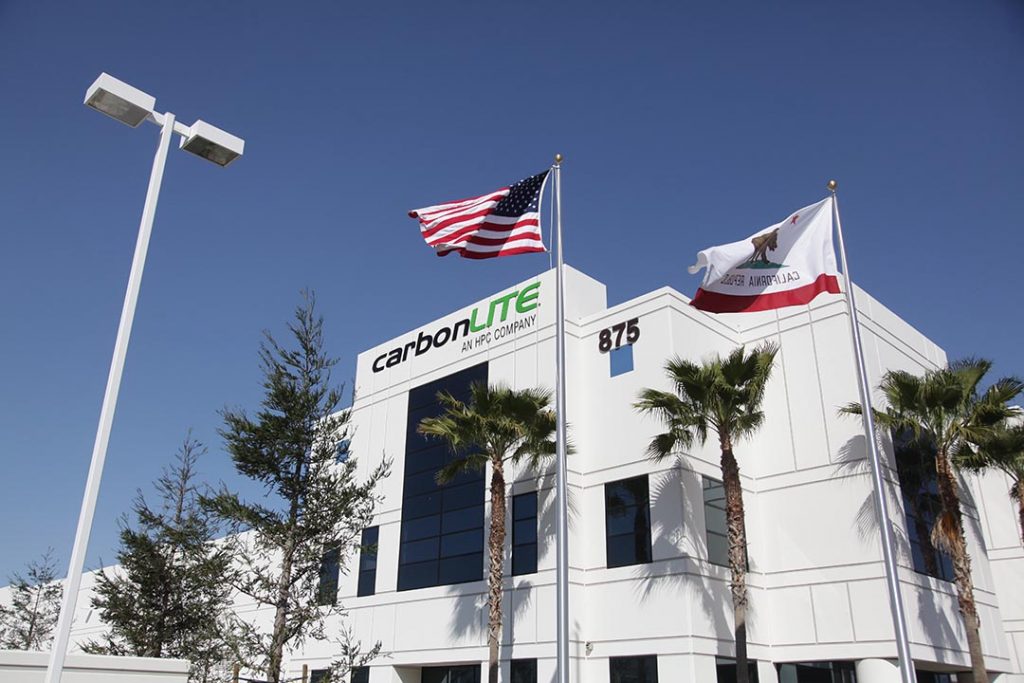 The CarbonLite facility in Riverside, Calif.

PET reclaimer CarbonLite launched a resin product made from ocean-diverted plastic, and the company released details on its third PET recycling facility.

CarbonLite, which operates two plants producing food-grade RPET, on May 22 announced a product category made from 100% post-consumer ocean-diverted plastic.

“Our team worked diligently with experts to source and provide a statistically meaningful supply of certified ocean-diverted plastic so our customers can be part of the solution,” said Jason Farahnik, CarbonLite’s director of brand partnerships and resin sales, in a release.

Farahnik told Plastics Recycling Update the feedstock is material that has been improperly disposed of in areas lacking proper waste management infrastructure. The plastic has been retrieved from shorelines, waterways and coastal areas within a 30-mile radius of the ocean, he added.

The material will be incorporated into CarbonLite’s integrated production operation: The company owns PinnPack, which converts CarbonLite-supplied RPET into thermoformed packaging.

Cost of upcoming facility to be $80 million

Meanwhile, CarbonLite’s upcoming recycling plant in Pennsylvania will be larger and more expensive than first planned, according to a recent announcement.

CarbonLite, which operates two existing facilities in Riverside, Calif. and Dallas, first announced its third facility one year ago. The company said the 200,000-square-foot facility would be located near Allentown, Pa., would cost about $60 million and would open in 2019.

But in a release this month, local business community stakeholders noted the facility has grown and moved. The Greater Reading Chamber Alliance announced that CarbonLite will locate its plant in Muhlenberg Township, Pa., near the city of Reading.

The release states that CarbonLite’s facility will total 270,000 square feet and cost more than $80 million. According to the release, CarbonLite plans to have the facility in full operation by the first quarter of 2020.

In separate releases, CarbonLite explained that a supply agreement with Nestlé Waters North America enabled the third facility and that equipment supplier Bulk Handling Systems (BHS) will outfit the Pennsylvania plant with a plastics sorting system designed to handle 14 tons per hour.

With the third facility, CarbonLite’s total processing capacity will hit nearly 300 million pounds per year, an increase of half from its current volume, according to the company.