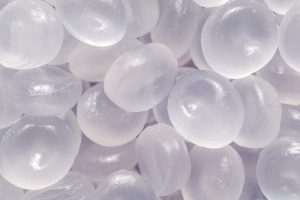 Total on Feb. 18 announced it acquired Synova, a French company that produces 20,000 metric tons per year of PP. Synova sells the recycled plastic into automotive markets.

Details of the transaction were not released.

Total, a major producer of virgin plastics, is already involved in the recycling world. It produces PP and PE compounds made of 50 percent recycled plastic. The company is also involved in a project aimed at the emergence of a PS recycling system in France by 2020.

Total is also a founding member of the Alliance to End Plastic Waste.

“The acquisition of Synova is a concrete proof of our commitment to developing plastic recycling,” Bernard Pinatel, president of Refining & Chemicals for Total, stated in the acquisition announcement.

Ted Harris, Total’s technical service and sustainability manager, will be a panelist on the opening plenary session at next month’s Plastics Recycling Conference and Trade Show near Washington, D.C. The session is titled “Prime Plastic’s Circular Strategies.”