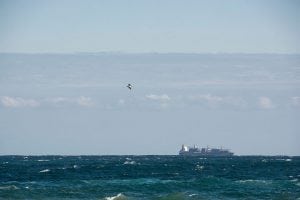 A Norwegian proposal that aims to combat marine debris could close the door to certain export markets for U.S. recycling companies.

Norway in June introduced a proposal to amend the Basel Convention, which governs international movement of waste materials. The changes would reclassify scrap plastic under the category of “wastes requiring special consideration.” The Norwegian government cited the prevalence of marine plastic debris as the impetus for the proposal.

Plastics Recycling Update queried Jim Puckett, executive director of the Basel Action Network (BAN) and an expert on the Basel convention, on how the amendment would work, and what it would mean for plastics exporters. BAN is an active voice in several waste and recycling sectors including the electronics recycling and ship-breaking industries. The group generally advocates against waste exports.

There are 185 states and the European Union that are parties to the convention; the U.S. and Haiti have signed but not ratified it.

For countries that are party to the Basel Convention, the amendment would mean “all shipments of plastic waste will no longer get to take place without prior notification and consent by the competent authorities of the exporting, transit and importing countries,” Puckett explained.

For non-Basel countries, such as the U.S., the ramifications would be more impactful. Many Basel Convention countries would be barred from accepting scrap plastic from non-party countries, “regardless of consent,” Puckett said, and doing so would be a criminal offense. There would be several exceptions. For example, the U.S. could still send to any of the 36 countries in the Organization for Economic Cooperation and Development (OECD).

“This will mean the U.S. cannot export such wastes to any Asian countries other than South Korea and Japan,” he noted.

Southeast Asian countries, particularly Malaysia, Thailand and Vietnam, saw significantly increased scrap plastic import volumes this year, after China stopped buying the material. Although the Southeast Asian market has nowhere near filled the market void left in China’s absence, the ability to send material to those countries has been a point of relief for some exporters. Still, several Southeast Asian nations are now enacting scrap import restrictions of their own.

The Basel amendment is on the agenda for a Sept. 2-6 meeting of a convention working group in Geneva.

Several industry associations have expressed interest in the amendment and are monitoring it. Adina Renee Adler, senior director of international relations at the Institute of Scrap Recycling Industries (ISRI), said she plans to attend the meeting to learn more and possibly weigh in on the amendment.

“We are concerned about the proposal and its potential implications on free trade of scrap material,” Adler said. “And we believe that recycling is part of the solution, and not the problem, as related to Norway’s concerns about litter in the ocean.”

The Solid Waste Association of North America (SWANA) also issued an advocacy alert based on the proposal.

Puckett said he believes the Norwegian proposals have a “very strong chance of passing.” Norway is proposing to amend an annex to the convention, which Puckett said is easier than changing text in other parts of the convention. Amendments to annexes can be adopted by a three-fourths vote if consensus can’t be reached.

“In other words, an amendment of an annex does not need to go through formal ratification, state by state,” Puckett explained. “Only countries objecting to it, after it is adopted by vote or consensus, will simply be excluded, and [it] will automatically become law for all others.”