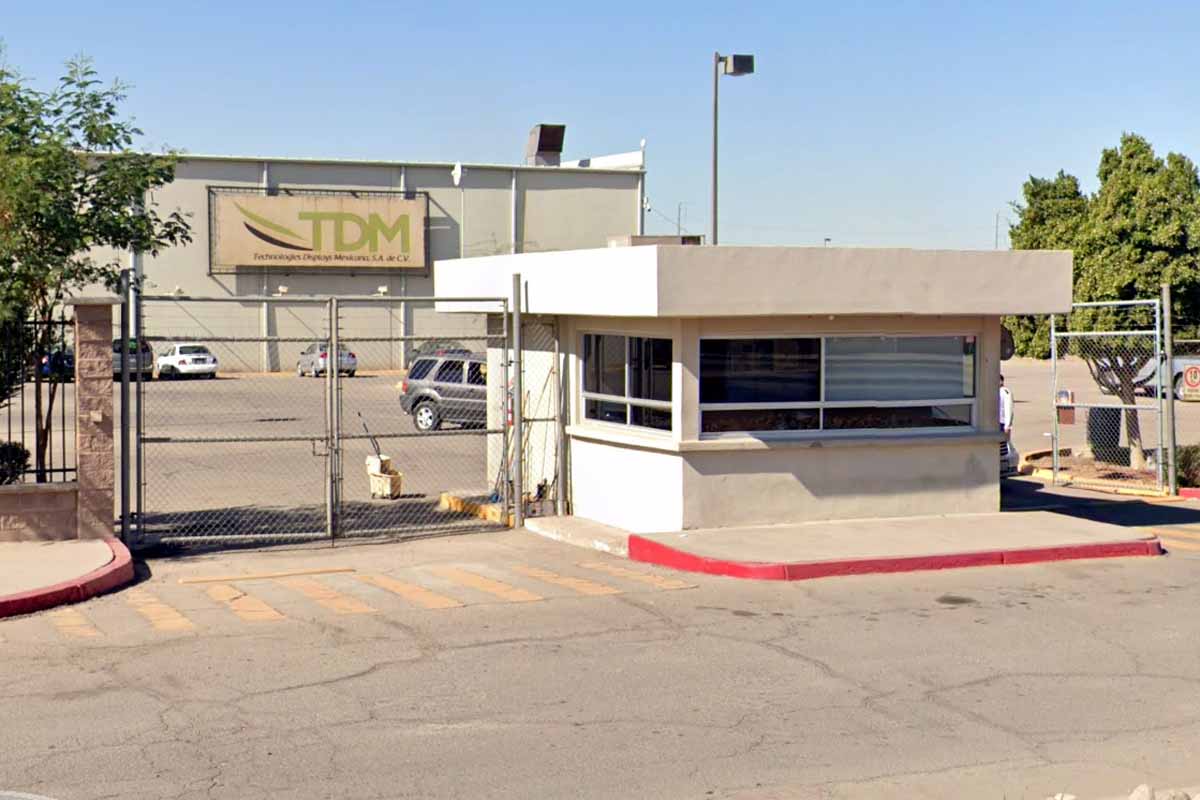 Technologies Displays Mexicana (TDM) is the latest to shut down its CRT operations, following companies such as Camacho Recycling and Nulife Glass. | Google streetview

TDM, a Mexican company that has recycled millions of pounds of CRTs from the U.S., closed its CRT recycling business this year.

Technologies Displays Mexicana (TDM), which recycled CRT glass from the U.S. at a Mexican facility just across the border from California, has shut down that part of its operation because of permitting issues, sources say.

As recently as last year, TDM recycled 21 million pounds of CRT glass from the U.S. at its plant in Mexicali, Baja California, according to U.S. export records.

San Diego, Calif.-based e-scrap recycling company Cali Resources used to work as an agent that procured CRTs from the U.S. for processing by TDM, in addition to recycling its own e-scrap.

Carlos Kelvin, CEO of Cali Resources, confirmed with E-Scrap News that his company has stopped shipments of CRTs to TDM until further notice because “TDM did not get the renewal permit from Mexican authorities thus far and is waiting.”

“I would add that it did not make economic sense to continue despite [the] permit because costs went up and volume severely decreased as well,” he told E-Scrap News. “The volume does not justify the cost to run the business.”

A large U.S. e-scrap recycling company that used to send CRTs to TDM also confirmed with E-Scrap News that it has stopped sending glass to TDM because its permit expired.

A representative of TDM did not respond to an E-Scrap News request for comment.

It is unclear which permits TDM has not received. The company is required to obtain a number of permits from Mexican authorities, with renewals every year, five years or decade, depending on the permit. The company must also obtain consent from the U.S. EPA for the shipments.

An EPA spokesman told E-Scrap News there is a current acknowledgement of consent authorizing CRT exports to TDM through Aug. 8, 2023. Data on any shipments in 2022 won’t be available until annual reports are submitted by March 1, 2023.

Yet another CRT outlet closure

The closure is just the latest in a string of losses on the CRT downstream front. On the one hand, data from state electronics recycling programs has been showing a consistent decline in the amount of CRT glass in the end-of-life stream for years.

On the other hand, the glass-heavy display devices still make up a large percentage of the weight of the end-of-life stream. And mismanagement of CRT glass continues to dog the industry, with a number of civil lawsuits having been filed against upstream suppliers and criminal convictions against processors that stockpile hazardous waste.

TDM was part of a pipeline of companies that, at one time, processed and moved U.S.-sourced CRT glass to a CRT TV manufacturer called Videocon, which recycled the glass into new CRTs at a plant in Bharuch, India.

Cali Resources and Technologies Displays Americas (TDA) of Calexico, Calif., a company that’s related to TDM, both worked to move glass to TDM.

When CRT technologies were completely supplanted by flat-panel displays, the Videocon end market was lost. In past interviews with E-Scrap News, TDM has declined to detail how it handles CRT glass or where it has sent material when Videocon was no longer an option.

For comparison, e-scrap companies participating in Washington state’s extended producer responsibility program recycled about 4.7 million pounds of CRT glass in 2021. Some of those processors indicated they sent material to Mexico for end-of-life processing.

A number of CRT outlets have closed in recent years, although significant U.S. outlets remain.

In 2017, Nulife Glass, which was working to set up furnaces to melt and recover lead from CRT glass in the eastern U.S., decided to shut down amid disputes with regulators over material accumulated in multiple states.

A year later, in 2019, Glencore closed a New Brunswick lead smelter that used to take significant amounts of CRT glass.

Other smelters continue to take some amount of glass, however. Those facilities include Teck Resources in British Columbia, Doe Run in Missouri and Korea Zinc in South Korea.

Additionally, some e-scrap companies continue to recycle glass into products for manufacturing. Universal Recycling Technologies (URT) continues to process leaded glass into a powder used in overseas tile manufacturing at several plants across the U.S. And COM2 Recycling Solutions is recycling about 46,000 pounds of CRT glass per shift into ceramic frit. COM2 has a total CRT recycling capacity of between 5 million and 5.6 million pounds per month, COM2’s Saheem Baloch said.