URT takes its frit powder project across the US 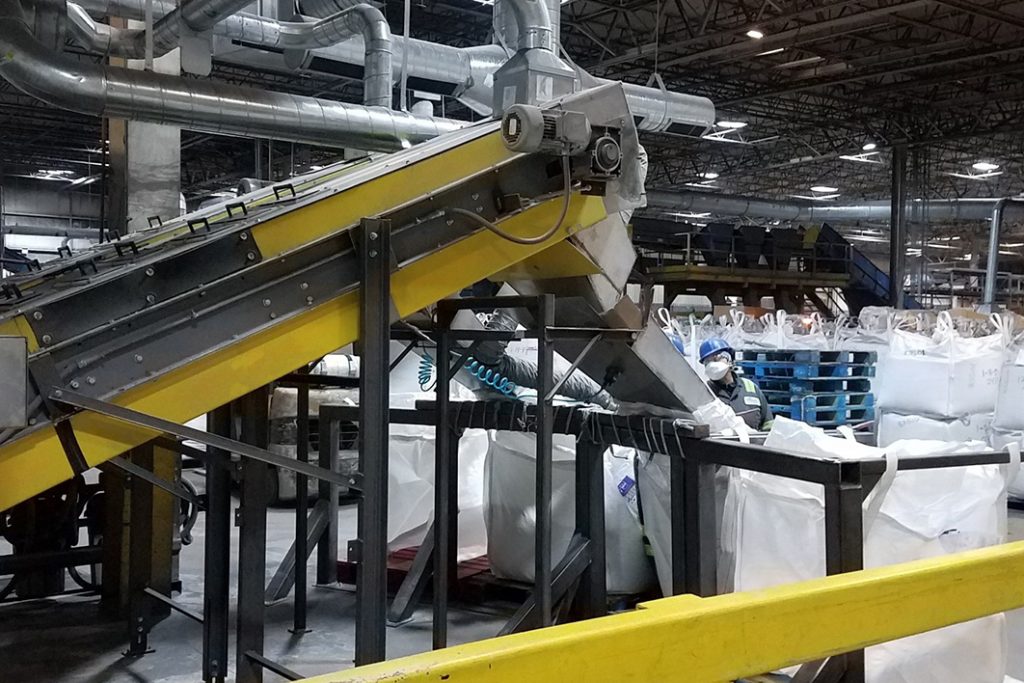 URT has installed equipment nationwide to processes glass from CRTs into powders used to make frit, which is an ingredient used in compounding enamels and ceramic glazes. | Courtesy of URT.

After a roughly $1.2 million investment, Universal Recycling Technologies is currently processing 100% of the leaded CRT glass it handles into a feedstock for ceramic tiles.

URT, a Janesville, Wis.-based e-scrap company, has installed the CRT-to-frit-ingredient lines at its facilities in Janesville; Clackamas, Ore.; Dover, N.H.; and Fort Worth, Texas. The equipment processes glass from CRTs into powders used to make frit, which is an ingredient used in compounding enamels and ceramic glazes.

“Every CRT tube that we bring in, we have a downstream market in Brazil for,” said Ken Thomas, president of URT, in an interview with E-Scrap News. “If we could make more, there would be more to sell. The demand is higher than our output.”

In January 2019, E-Scrap News reported on the first and second lines, in Janesville and Dover, respectively. At the time, the first line had been operating for about a year, and the second one was almost complete.

In the recent interview, Thomas said URT finished installing the third and fourth lines in Fort Worth and Clackamas within the past few months.

Costing roughly $300,000 each, the production lines are capable of processing 20 tons per shift, although the capacity depends on whether they’re producing coarse or fine materials for tilemakers, Thomas said.

The Janesville equipment takes in whole CRT tubes, so the final powder is a mix of leaded funnel glass and unleaded panel glass, Thomas said. The other three facilities are able to sort the panel from funnel glass, allowing the systems to adjust the levels of lead desired by the tile manufacturer. Those lead-content specifications tend to change every few months or so, he noted.

URT is now sending 100% of its CRT glass into the system, and it is not currently shipping material to smelters, Thomas said. Widely used smelters include Doe Run in Missouri, Teck in British Columbia and Korea Zinc in South Korea. Glencore shut down its New Brunswick smelter in 2019.

Additionally, Thomas noted, it looks like URT will be able to expand its frit ingredient sales to buyers outside of Brazil; however, to avoid putting all of the company’s eggs in one basket, URT is retaining the equipment needed to produce feedstock for smelters in case the company needs to do so in the future, he said.

URT isn’t the only company processing CRTs into products used in tile making. For years, Illinois-based processor Com2 has been producing frit for use in ceramics. Additionally, U.S. companies, including URT, used to export substantial amounts of CRT glass to Spanish company Camacho, which produced frit for tile manufacturing. But Camacho ended the imports of CRT glass in 2018 after Spanish authorities decided to require additional permits.

“URT is all about that innovation and continuing to move up or down the value chain,” Thomas said, “to get our material to as close to manufacturing-ready as possible, and we are relentless about that.”