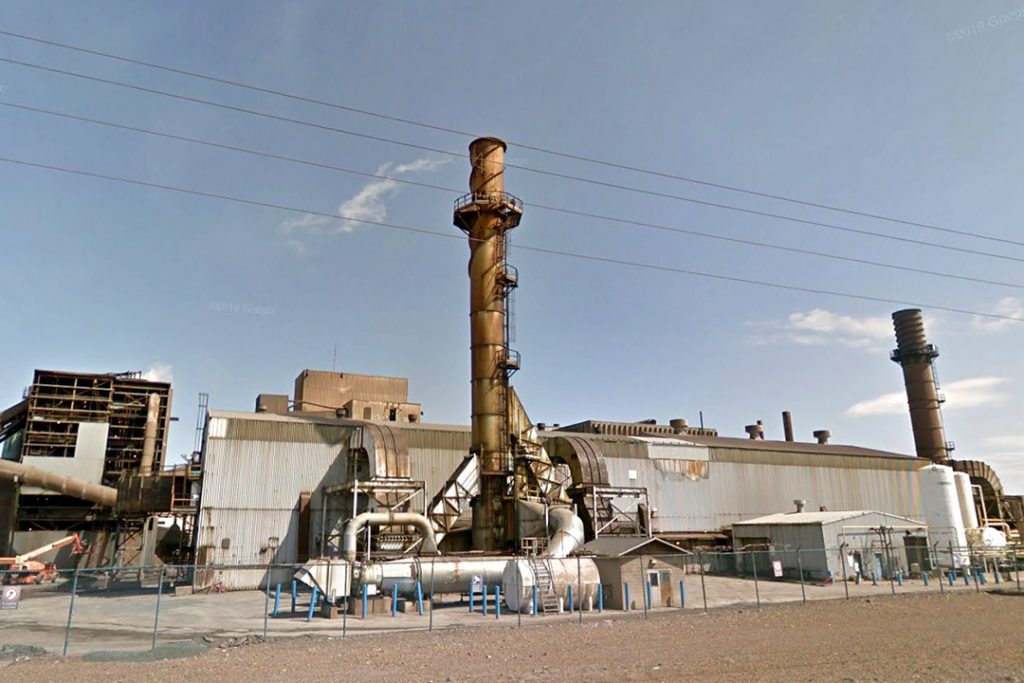 Glencore is permanently closing its New Brunswick lead smelter, which consumes millions of pounds of CRT glass each year.

Glencore Canada, part of global mining and commodities trading giant Glencore, announced on Nov. 13 it would shut down the lead smelter in Belledune, New Brunswick. The decommissioning has already begun, and the facility will cease all operations by the end of the year, according to the company.

A leader at the smelter’s main CRT glass supplier, NovoTec Recycling, said the closure won’t impact that company’s ability to receive and ship glass. Tom Bolon, NovoTec’s CEO, told E-Scrap News he is working on deals to supply other smelters. He hopes to begin shipping processed glass from NovoTec’s Columbus, Ohio facility to those smelters in January.

In the meantime, NovoTec is not asking CRT suppliers to reduce shipments, he said.

Company spokesman Alexis Segal told E-Scrap News the plant lost an average of $30 million (Canadian dollars) per year over the past three years. According to Glencore Canada’s press release, the smelter hadn’t been profitable since the 2013 closure of the company’s Brunswick mine, which produced zinc and lead.

In the wake of the mine’s closure, the traditional sinter blast furnace and refinery has processed lead-silver concentrate, byproduct from a Glencore zinc smelter, and recovered materials such as lead-acid batteries and leaded glass, according to Glencore’s website.

Segal told Bloomberg that a number of smelters have opened in China, increasing competition for concentrate.

Meanwhile, since late April of this year, unionized workers, who represent more than half of the smelter’s employees, have been off the job in a contract dispute. Citing the labor dispute, Glencore announced in August it was canceling the remainder of a project to install an acid plant at the facility. About $20 million (Canadian) had been spent on the $64 million project.

Segal told CBC News the decision to close the smelter would have been made regardless of the dispute with organized labor. The closure means the loss of 420 jobs.

Bolon of NovoTec told E-Scrap News he was surprised by the closure decision, which he heard about a week ago. On one hand, the ongoing labor strike had reduced the facility’s production levels, and he knew the smelter wasn’t highly profitable, he said. But he also knew Glencore had recently invested millions of dollars in a new acid plant there.

The reduced production at the smelter in recent months hadn’t impacted NovoTec too much, Bolon said, noting that NovoTec’s shipments were “fairly full throttle” up until the beginning of October.

Bolon said that because he was aware of issues at the Glencore smelter, he reached out to two other smelters some time ago. He declined to disclose the other smelters. Supplying multiple facilities will allow NovoTec to ship more overall material than Glencore’s smelter was able to consume, he said. And having two options also reduces NovoTec’s risk in case one of them reduces the amount of CRT glass they need, a situation that could occur if a smelter receives a different feedstock with a high silica content, he said.

Bolon said he hopes to begin CRT glass shipments to other smelters as early as January.

He added the disruption is happening at a good time – NovoTec has a natural slowdown in the amount of glass it receives around the year-end holidays.

“We’ve got plenty of room, and as soon as we get everything done, we’ll catch up pretty quick,” Bolon said.

One of NovoTec’s longtime suppliers is Somerset, N.J.-based Newtech Recycling. Jim Entwistle, owner Newtech Recycling, told E-Scrap News he is aware of the shutdown and has been in contact with NovoTec, which he noted is already aligning itself with two other smelters.

“The key to any good partnership is trust – and we have that in NovoTec – and their ability to find a sound solution to properly process the glass,” Entwistle said.