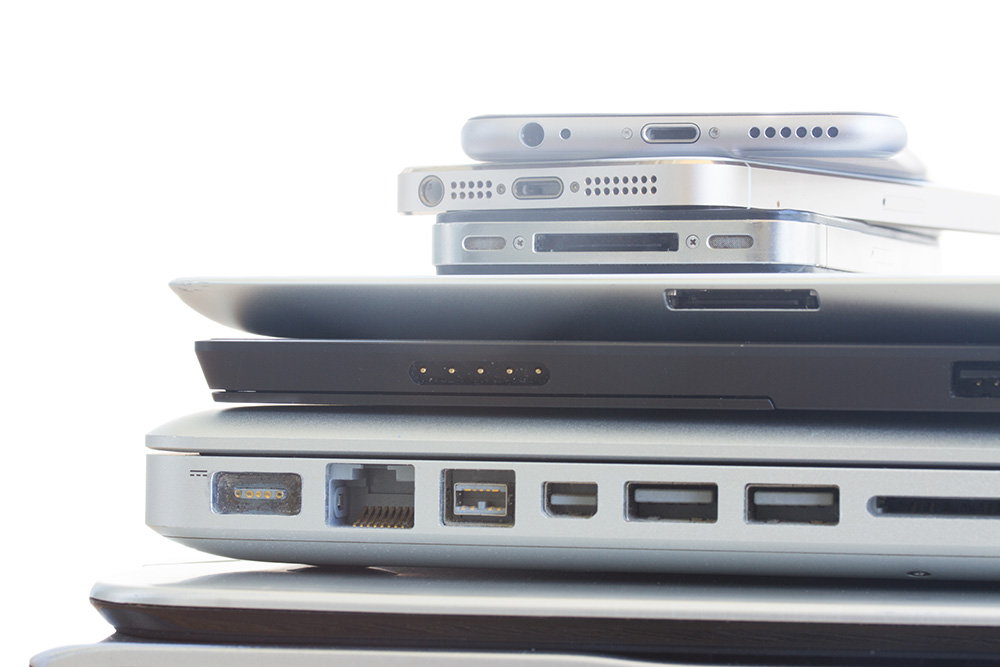 E-scrap recycler and ITAD provider CyberCrunch is expanding and remains poised for growth, aligning the company with a market that’s “be bought or buy,” company leaders said.

In recent months, the Pennsylvania-based company tripled its square footage at its facility in Aston, which is near Philadelphia, Joe Connors, head of business development, told E-Scrap News. That facility is now 45,000 square feet, while the company’s second location, in Greensburg, Pa., near Pittsburgh, added a pulverizer, brought on more warehouse capacity and increased hard-drive wiping capacity.

“We’ve really set the model to grow based upon the infrastructure setup that we have,” Connors said. CyberCrunch can develop its business lines and then “layer customers onto it.”

Serdar Bankaci, the company’s co-founder and president, said the COVID-19 pandemic gave CyberCrunch an opportunity to reexamine the business “in a good way.”

“We always offered a mail-back program,” Bankaci said, “but we expanded that and offered some other services companies would want with work-from-home, whether we were recycling or redeploying equipment to their homes.”

Bankaci said he’s also been watching “a lot of financial activity in our industry.”

“It’s either be bought or buy, is what it seems like,” he said. “So we’re looking at both sides of that coin.”

Connors added that CyberCrunch is “evaluating what our strengths are and also what our capital needs are” in making a decision about buying or selling.

“That’s the key element for us,” he said. “The distinction is that our platform can triple in size by really just increasing nominally on the labor side, because we already have the square footage, devices are getting smaller and our technical capability can be expanded nationally and internationally.”

Last year, CyberCrunch averaged a 15% reuse and redeployment rate, Connors said, far above the industry average of 3% to 5%.

“That’s one of the things that really separates us from most people is our ability to reuse, which is the best form of recycling,” Connors said, adding that although CyberCrunch is a relatively small firm, that rate is what allows it to “get a bigger footprint with our customers.”

While the company’s ability to identify what can be recycled and what can be reused is “our claim to fame,” Connors said CyberCrunch also offers data destruction, technical labor, mail-back services and contactless pick-up and drop-off options.

“We’re much more customer-centric than your normal scrap guy in the business,” he said.

Adapting to a changing device stream

Connors said CyberCrunch’s ability to reach customers all over the U.S. has grown because it’s become easier and cheaper to move devices around the country as devices have gotten smaller and more lightweight. And though shipping and labor costs have risen in recent months, “the throughput increases dramatically and that’s what we’re looking for.”

Bankaci said as devices shrink there are different challenges, like “tiny little hard drives hidden under a wire.”

“It’s challenging because the devices are small, the hard drives are smaller,” Bankaci said. “Every day there’s something different coming in. We’re constantly on our toes, which also makes it fun.”

While the electronic reuse and precious metal markets boomed during the pandemic and Bankaci said CyberCrunch saw a net increase in revenue, the increasing costs of labor and transportation have kept pace.

“If you want good employees, you have to pay them, simple as that,” Bankaci said.

Even with those challenges, Connors said the team has “developed a nice platform that will bode well hopefully for the next three or four years,” as he sees growth in data destruction and compliance services, rather than hardware recycling.

“Everybody runs on data, that’s the simple answer,” he said. “If you don’t stay up with technology, you’re out of business.”