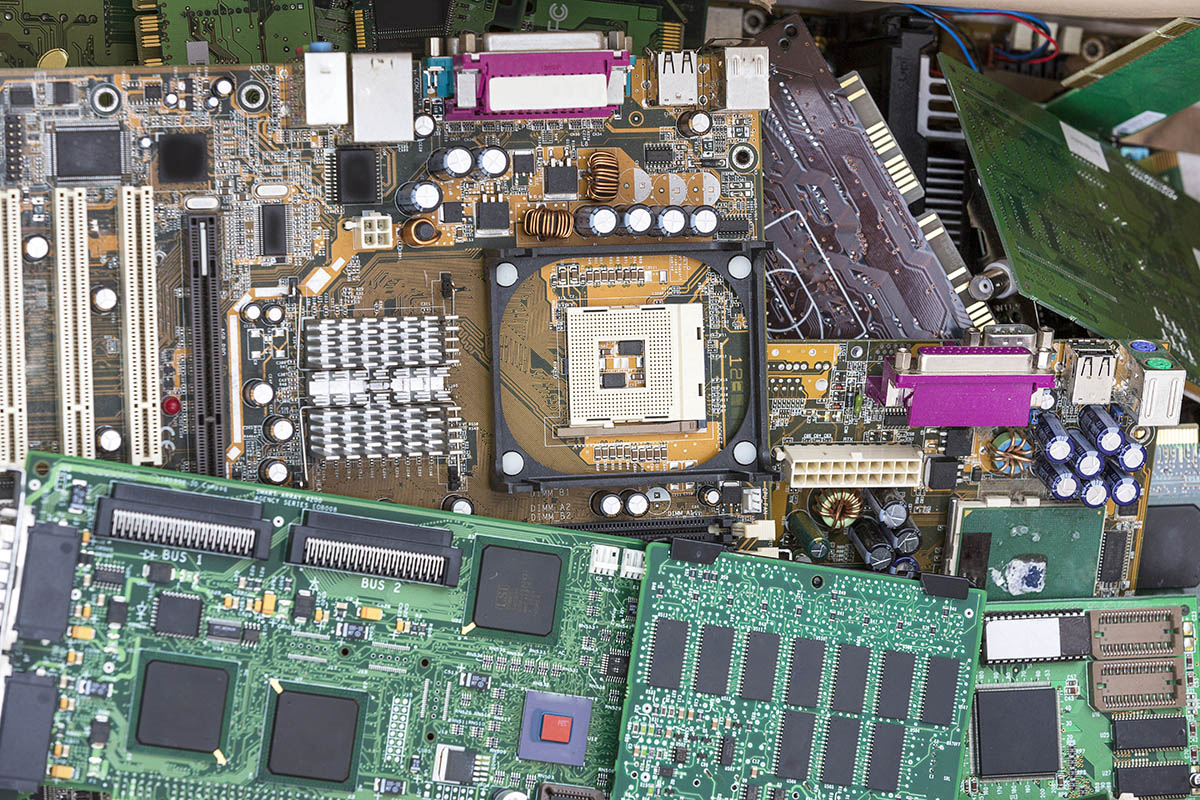 For major e-scrap smelting companies, the turbulence of 2020 brought pandemic-driven supply disruptions as well as pricing spikes for key metals.

Boliden and Umicore this month released their 2020 year-end financial reports.

Boliden consumed its lowest quantity of scrap circuit boards in nearly a decade last year, and the company cited COVID-19 as a major reason.

The company on Feb. 12 released a year-end report covering company activities in 2020. Boliden noted that although its Rönnskär furnace saw mostly stable or increased metals production, its circuit board consumption was “adversely affected by reduced supply of electronic secondary raw materials due to COVID-19.”

Last year’s drop brought the lowest annual quantity of e-scrap the smelter has consumed since 2011, when the Rönnskär furnace processed 70,000 short tons of circuit boards.

Boliden was not alone in experiencing challenges obtaining circuit board feedstock. At last year’s virtual E-Scrap Conference, metals refiner Aurubis described a similar disruption. The company pointed to lingering impacts from e-scrap processors suspending or slowing operations due to COVID-19.

In reporting its emissions for the year, Boliden also noted that the reduction in scrap electronics feedstock means a greater environmental impact from the company’s virgin material use.

“The COVID-19 pandemic has led to a reduced supply of electronics, resulting in more sulphur-rich materials in the processes,” the company reported.

Umicore, a major buyer of e-scrap materials, reported “record earnings in unprecedented conditions,” driven in part by what the company described as “buoyant” metal prices in the recycling sector.

The company operates a smelter in Hoboken, Belgium, where it recovers a variety of metals from different sources, including e-scrap from U.S. processors.

Those revenues translate to earnings before interest and taxes (EBIT) of $436 million, up 93% from 2019. Describing it as a “stellar performance,” the company noted the results were “driven by strong growth across all business units.”

“Metal prices constituted the largest factor behind the increase in revenues and earnings in recycling in 2020,” Umicore CEO Marc Grynberg said during a call with investors.

Several key metals that are recovered from e-scrap have seen price spikes this year, including gold, copper and silver.

Umicore reported that “the supply of end-of-life materials remained strong,” although it did not report on the amount of circuit boards the company processed. Umicore noted the Hoboken plant brought in a strong supply of spent automotive catalysts.

Recycling accounted for 26% of the company’s revenues but made up 61% of its earnings. The company noted that the results in its recycling division were so strong, they offset the negative impact of the COVID-driven automotive industry downturn on other parts of Umicore’s business.

Looking at the year to come, Umicore stated that its recycling division “should continue to strongly benefit from favorable metal prices, a supportive supply mix as well as moderate volume growth in precious metals refining.” The company concluded that, if metal prices remain elevated throughout the year, earnings “would increase very significantly compared to 2020.”