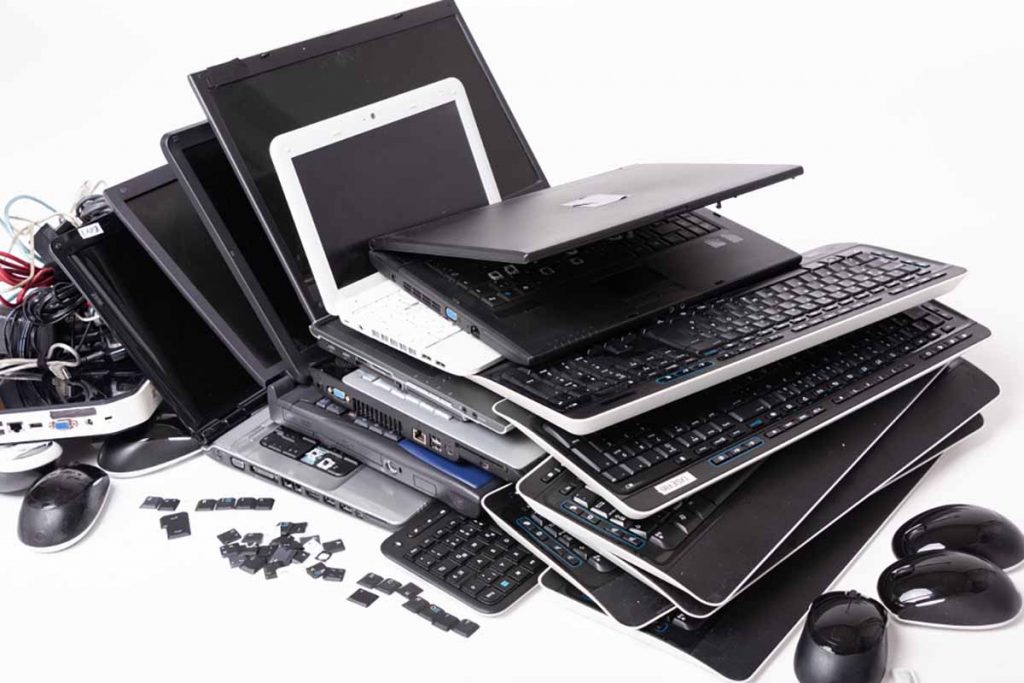 Figures show a modest increase in recovery and a decrease in generation were responsible for the recycling rate increase. | penofoto/Shutterstock

After declining for multiple years and then remaining flat, the U.S. electronics recycling rate inched back up in 2018, according to new figures from the U.S. EPA.

The agency this month published its annual Facts and Figures report, examining waste generation and recycling trends for numerous material streams. The recent report covers the 2018 calendar year, and the EPA found e-scrap had a 38.5% recycling rate.

The report measured generation and recovery of “selected consumer electronics,” a category that “includes products such as TVs, VCRs, DVD players, video cameras, stereo systems, telephones and computer equipment,” according to the EPA.

Lightweighting, or the use of less materials in new electronic devices, likely played into the lower generation weight. Meanwhile, older, heavier CRT devices continue to make up a large portion of the recycling stream but are a decreasing percentage of the end-of-life stream in some areas. The EPA report doesn’t get into device specifics.

The electronics rate was calculated using data from multiple sources, including the National Center for Electronics Recycling, Statista and Appliance Design Magazine, according to the EPA.

Outside of e-scrap, the report found an overall lower materials recovery rate across all streams in 2018 compared with the previous year. The 32.1% recycling and composting rate was down from 35.2% the year before, although the decrease was largely because of a change in how food waste was measured.