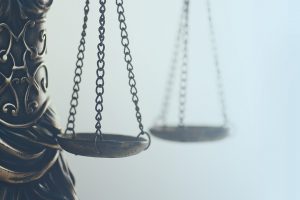 The owners of e-scrap processor Total Reclaim have been sentenced to 28 months in prison after pleading guilty to federal charges related to their export of LCD devices to Hong Kong.

In a hearing in U.S. District Court on Tuesday, Craig Lorch and Jeff Zirkle, owners of Seattle-based Total Reclaim, each received sentences of two years and four months in prison, followed by three years of supervised release. The Department of Justice issued a release about the sentencing.

Lorch and Zirkle were also ordered to pay more than $945,000 in restitution, most of which is owed to the Washington Materials Management & Financing Authority, an extended producer responsibility organization that funds collection and processing across the state.

According to sentencing documents, Zirkle will begin serving his sentence no sooner than July 23, and Lorch will begin his sentence about a year later. The court recommended they serve their time at a prison in Sheridan, Ore.

The Total Reclaim case has drawn regional and national media attention. The Seattle Times covered the sentencing hearing, describing the case as the “largest e-recycling fraud in U.S. history.” The Portland Business Journal referred to the company as a “notorious” electronics recycling operator. The Associated Press also wrote about the case, and its story was picked up by The Washington Post.

According to The Seattle Times, both defendants spoke at the sentencing hearing in Seattle, at times emotionally, expressing shame and regret for the exports.

Trouble began for Total Reclaim in 2016, when the Basel Action Network (BAN), an industry watchdog group, released a report detailing the results of a year-long investigation into the company’s exporting practices.

The company later admitted that it exported LCDs to Hong Kong, and in the months and years that followed, it lost certification, was prohibited from participating in state e-scrap programs in Oregon and Washington, and was ordered to pay hefty fines in both states.

In November 2018, the saga took a turn as a federal criminal case opened against the company owners. Prosecutors on Nov. 14 charged Lorch and Zirkle with one count of conspiracy to commit fraud, alleging they deceived customers by misrepresenting how e-scrap was being handled. Lorch and Zirkle pleaded guilty the following day.

The U.S. Attorney’s Office this week had harsh words for the two executives, stating in a release that Lorch and Zirkle “betrayed every pledge they made to be good environmental stewards.”

“They protected their salaries of more than a million dollars a year, while harming the environment and risking the lives of disadvantaged Chinese workers who struggle daily just to support their families,” Assistant U.S. Attorney Tessa Gorman said in the release.

Lorch and Zirkle offered their own side of the story in an open letter published by E-Scrap News in January, explaining that they “made a very poor business decision, one driven by financial and operational considerations, which reflected a lack of mindfulness on our parts of all of the consequences which could result.” They expressed remorse and said others in the e-scrap industry should learn from their mistakes.

In sentencing documents, prosecutors said Lorch and Zirkle each earned more than $7.8 million in income from the business between 2008 and 2015, the period during which they supplied 8.3 million pounds of LCD monitors to another company that shipped them to Hong Kong. Properly processing the LCDs would have cost the company roughly $2.6 million over the course of that time, the sentencing documents state.

But instead of paying that cost, Total Reclaim was paid more than $1 million by its Hong Kong buyer, prosecutors allege, in addition to the money Total Reclaim had already collected from its customers.

The future of Total Reclaim remains unclear. According to sentencing documents, Lorch and Zirkle asked the court that they receive staggered prison terms so one of them would be able to run the business while the other served time. But the judge ultimately gave them sentences that will overlap for more than a year.

Lorch and Zirkle received numerous letters of support from friends, community members, business associates and others, testifying to their character and asking for lesser sentences or no prison time at all. The defense attorneys asked for a six-month prison term for both Lorch and Zirkle, one year of home confinement and three years of supervised release.

Meanwhile, the prosecution asked Judge Richard Jones to order five-year sentences for both defendants. They wrote that lengthy sentences “are necessary to deter other business owners from engaging in this type of conduct in the future.”

“Other business owners need to see that, ultimately, this course of conduct does not pay, even if it earns their business millions of dollars in the short run,” the prosecution wrote.

In the end, the judge went with a middle ground. Quoted in the Department of Justice release, Jones pointed to the fact that the company exported material for seven years. He suggested Lorch and Zirkle “only stopped because you were caught.”

Jim Puckett, executive director of BAN, provided testimony to the court about the case his organization first uncovered. He recalled how Total Reclaim was one of the first recycling companies to join BAN’s e-Stewards certification standard, and he noted that BAN “helped enrich them and spread their reputation far and wide.” But after learning of Total Reclaim’s exports, BAN suspended the company from the certification program and publicly called out Lorch and Zirkle.

“They were my friends,” Puckett testified. “But I also now know they have committed criminal acts that damaged the earth and made serious victims of innocent people.”

In follow-up remarks to E-Scrap News, Puckett said the judge “got it right” in the sentence.

“He characterized Total Reclaim’s actions as serious, willful, criminality, noting they well knew the harmful nature of mercury, and nevertheless continued the dumping for a very long period of time, and would still be doing it if BAN had not caught them in the act,” Puckett said.