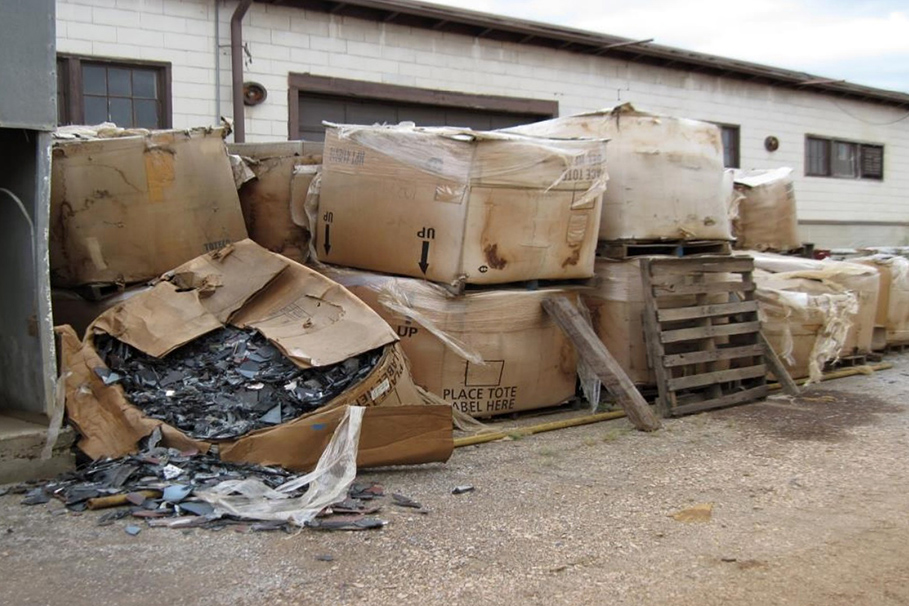 A former e-scrap executive has been sentenced to one year in a federal prison for storing hazardous CRT waste without a permit.

Anthony L. Stoddard, who owned Utah-based Stone Castle Recycling, was sentenced to 12 months and one day in prison and three years of supervised release. Restitution has yet to be determined.

He was sentenced on Jan. 28 in U.S. District Court for the District of Utah, Northern Division. The judge ordered Stoddard to self-report to prison on March 1.

Stone Castle Recycling, which handled CRTs and other e-scrap materials, first drew scrutiny from environmental regulators over CRT storage practices in 2013. Stone Castle had three locations in Utah – in Cedar City, Clearfield and Parowan – and fires broke out in 2014 at the Cedar City and Parowan sites. Prosecutors said the company also mislabeled hazardous CRT glass and sent it to a landfill not authorized to accept hazardous waste. The Basel Action Network (BAN) in 2014 issued a report criticizing the company and alleging it was involved with exporting material to Hong Kong.

In July 2017, a grand jury indicted Stoddard, who was CEO, and former employee Jamen D. Wood. They were charged with hazardous waste crimes connected to the Clearfield warehouse, about 30 miles north of Salt Lake City.

Wood in November 2018 was sentenced to four years of probation. Before Stoddard’s sentencing, he and the U.S. Attorney’s Office agreed that 12 months and one day was a reasonable prison sentence, according to a memorandum filed with the court. Sentencing guidelines recommended a range of 30 to 37 months.

Prosecutors wrote that he deserved prison time because he stored over 3 million pounds of hazardous CRT glass at Clearfield without a permit, and lead ended up contaminating nearby soil. Additionally, his actions caused significant difficulties for the warehouse owner, Andy Renfro, who has to pay to clean up the site.

On the other hand, a longer prison sentence isn’t warranted because no “midnight dumping of hazardous waste” occurred, they wrote. “Instead, Mr. Stoddard made some very poor business decisions and knowingly failed to follow clear regulations for his operation, which resulted in the storage of so much hazardous waste inside his facility that he could not handle it,” according to the memo. Also, he has a very minor criminal history and has some health challenges, they noted.

Attorneys are still discussing the amount of restitution, particularly the calculation of Renfro’s lost rent. As far as cleanup costs, however, an estimate submitted by Renfro showed it would cost about $227,000 to transport and dispose of the 1,563 tons of processed CRT glass at the Clearfield warehouse at a Clean Harbors Environmental Services hazardous waste landfill in Utah. That comes out to a little over 7 cents a pound.