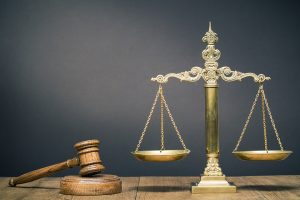 Brian Brundage, CEO of now-defunct processor Intercon Solutions, has been sentenced to three years in prison for fraud and tax evasion crimes.

Brundage, 47, was sentenced in a downtown Chicago courtroom on April 11 after pleading guilty in September 2018 to one count of wire fraud and one count of tax evasion. Brundage is the former CEO and co-owner of two e-scrap companies, Intercon Solutions of Chicago Heights, Ill. and EnviroGreen Processing of Gary, Ind.

This morning, the Chicago Tribune reported he was sentenced to three years and ordered to pay $1.28 million in restitution. He must report to prison within 90 days.

Brundage was first indicted on fraud and tax evasion charges in December 2016. As a result of his guilty plea in September, prosecutors dropped other charges and a scheduled trial was cancelled.

According to a plea agreement, Intercon marketed device destruction and recycling services, but it actually engaged in such activities as stockpiling, landfilling and selling intact devices to companies that exported them. It also issued false certificates of destruction and recycling to customers, which, according to prosecutors, included federal, state and local government agencies, as well as dozens of small and large private companies.

“Make no mistake: Intercon was a sham recycling company,” prosecutors wrote in a recent sentencing memo. “The overwhelming evidence is that from at least late 2008/early 2009, 75 to 80 percent of all materials that customer paid Intercon to recycle were fraudulently disposed of – either through reselling, landfilling, or stockpiling.”

At his two days of sentencing hearings on April 10 and April 11 in U.S. District Court for the Northern District of Illinois, Judge Joan H. Lefkow heard from witnesses who urged harsher or more lenient sentences. Among those testifying were Robin Ingenthron of Good Point Recycling and the nonprofit WR3A, and Jim Puckett of exports watchdog group Basel Action Network (BAN). In 2011, BAN first accused Intercon of exporting e-scrap to Hong Kong, drawing a defamation lawsuit from Intercon (the case was later dismissed).

The two counts Brundage admitted to were legally punishable by fines and a combined maximum of up to 25 years in prison. In advance of his sentencing, the U.S. Attorney’s Office urged Lefkow to impose a sentence of five years in prison and three years of supervised release.

Prosecutors said the sentence was appropriate for his “11-year fraud spree,” to deter him and others in the e-scrap industry from engaging in similar malfeasance. They also wanted the sentencing to be in line with a separate e-scrap criminal case, that of Executive Recycling’s Brandon Richter, who ultimately received a 22-month prison sentence (prosecutors argued the actions of Brundage were more egregious than those of Richter).

Brundage’s attorneys had asked for no prison time, suggesting it would be appropriate to impose probation or probation with work release or home confinement. Submitted along with the memo were a dozen character reference letters from friends and family, as well as a letter from Brundage himself.

“I simply beg of the court [to] allow me to stay in a position to keep my family together and functional,” Brundage had written before the sentencing. “I promise you that I have learned my lesson throughout all of this and will be a positive 100% contributor to society and my family going forward in every which way you can imagine.”