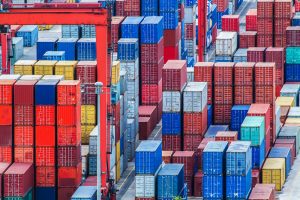 Although the policy changes have dealt a heavy blow to curbside recycling programs across the U.S., the electronics recycling sector has been hit hard on certain commodities, as well. E-plastics and some metals have had their downstream markets disrupted heavily.

E-plastics are officially classified as “other plastics” when shipped internationally. This category also includes mixed-plastic bales and other materials not fitting into more specific classifications. U.S. Census Bureau figures indicate exporters shipped 549 million fewer pounds of these plastics during the first nine months of 2018 compared with that period in 2017, a decrease of 38 percent.

Thailand has already implemented a ban on most e-scrap imports and has announced its intention to stop all imports of scrap plastic within two years. As the year comes to a close, further recent regulatory movement indicates the export market pressures are far from over. The following is a roundup of actions taken by governments in Asia.

Vietnam: The government says it has implemented an outright ban on plastics recovered from e-scrap.

In a press release issued in late October, the Ministry of Natural Resources and Environment noted that “plastic cases of used electronic equipment, such as: television, computers, office equipment” are among the plastics not allowed to be imported under the new regulations.

According to an online translation of the new policy, banned e-plastics include materials that have flame retardants, such as polybrominated biphenyls, or compounds that include phthalate, lead, cadmium, mercury or chromium.

It has been increasingly difficult to move material into Vietnam this year. As was reported by Resource Recycling, sister publication to E-Scrap News, the Vietnamese government previously enacted a temporary ban on recovered plastic imports coming through major Vietnamese ports. That prohibition was initially scheduled to end on Oct. 15. But shipping line Hapag-Lloyd reported to customers that the restriction was instead extended “onwards until further notice.” The company reminded customers that, despite the ban covering specific ports, Hapag-Lloyd “continues to stop the acceptance of plastic scrap and plastic waste to all ports in Vietnam.”

Vietnamese officials sent a letter to customs departments around the country in November, instructing them on the new regulations. 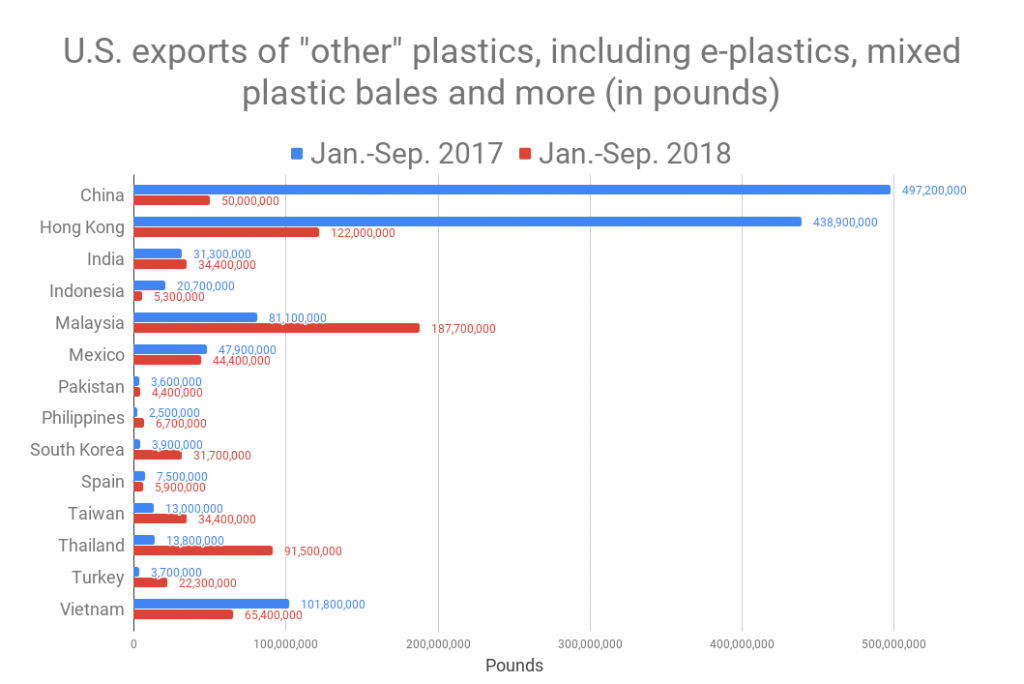 In early October, regulations took effect reducing the types of material allowed for import. According to the Tai Pei Times, companies can only import post-industrial plastic from their overseas production facilities or loads of a single material type. It’s unclear whether certain polymers are banned altogether.

In response, the CMA-CGM shipping line immediately suspended plastic shipments to Taiwan. Shipping company APL also added Taiwan to the list of countries it will not ship scrap plastic to as of early October.

Hapag-Lloyd told customers that loads in violation of the new restrictions would be returned with penalty charges to the exporter. As a result, Hapag-Lloyd is requiring plastic exporters to submit a letter of indemnity before a shipment can take place.

Malaysia: Plastics Recycling Update, sister publication to E-Scrap News, reported late last month on import requirements the Malaysian government is working on. It’s unclear when those rules will take effect. In the meantime, the government is not issuing import licenses for scrap plastic.

Steve Wong, executive director of the China Scrap Plastics Association, said Malaysia is proposing to only allow scrap plastic from the U.S., Europe and Japan.

China: The Chinese government has confirmed it will ban additional recovered materials, including post-industrial scrap plastic, at the end of the year. China announced in April that the expanded ban was coming. The confirmation was made public by Chinese state media agency Xinhua last month.

Post-consumer scrap plastic has been banned from import into China since the beginning of this year, but post-industrial scrap plastic has officially been allowed in. Very little plastic of either category has been shipped to China this year; U.S. exports to China are down by nearly 93 percent for the first three quarters of 2018 compared with the same period in 2017.

Even with that heavily diminished tonnage, China remains among the top importers of U.S. scrap plastics.

Additionally, China’s import restrictions continue to be a topic of discussion at World Trade Organization (WTO) meetings. According to a WTO news release, the U.S. and four other delegations questioned Chinese WTO representatives about the scrap material import restrictions during an Oct. 22 meeting of the Committee on Import Licensing.

The U.S. highlighted that Chinese manufacturers are being forced to use virgin material, and it said import restrictions could lead to “a heightened threat of increased marine litter,” according to the release. Canada asked for a specific list of materials that need import licenses and the procedures associated with importing those materials. The Australian delegation noted it appreciates China’s steps to cut down on pollution but the Chinese actions have been “more restrictive than necessary to achieve the desired objectives.”