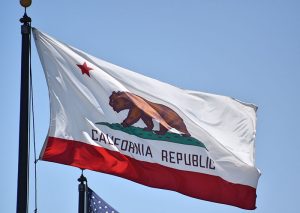 It’s been 15 years since California’s e-scrap program was launched, and those years have brought significant changes to the end-of-life device stream. Now, administrators of the country’s first state program have adopted a vision for the future.

The California Department of Resources Recycling and Recovery (CalRecycle) on May 15 adopted recommendations that came out of the two-year Future of Electronic Waste Management in California project.

“Electronic devices are changing so rapidly that our current recycling infrastructure has not been able to keep up,” said Teresa Bui, a special advisor for CalRecycle, at the agency’s May 15 meeting. “There are things in the market that we could not have imagined 15 years ago.”

Long dominated by CRTs, the stream now includes more LCDs, laptops and tablets, which today represent some 14 percent of the weight claimed for program payments.

CalRecycle assistant administrator Howard Levenson noted the program has been updated in the past. One recent example is the implementation of different rates for CRTs and non-CRT devices. But wider planning for the future is especially important in light of commodity market fluctuations and ongoing shifts in device types entering the market. Weight-based payments to processors are decreasing, even as they’re handling more complex devices.

“As a result, we’re seeing less recyclers participating in the market, and recyclers are starting to charge for devices that are not under the program,” Bui said. That impacts convenience for consumers and costs local governments.

E-Scrap News covered an October 2017 workshop held as part of the project. The final project recommendation, almost all of which would require legislation, are as follows:

In the short term, CalRecycle is recommending enhancing the existing fee and payment system.

But in the longer term, it will explore transitioning to an extended producer responsibility (EPR) program, Bui said. The goal is to develop an initiative that is as robust as the current state system, “without causing significant disruption to the recycling industry and to the current markets,” Bui said.

Under an EPR program, manufacturers would contract with collectors and recycling operators. Under that process, “small recyclers and collectors could be at a competitive disadvantage and could be placed out of the market,” Bui said.

Furthermore, an industry-managed stewardship organization “may have inherent self interest to keep recycling costs as low as possible,” Bui said. This could lead to sub-par recycling practices as contractors compete to offer the lowest bid.

Finally, EPR programs present challenges the current CalRecycle system doesn’t have. One example is manufacturers being forced to collect legacy products they never actually produced. In its lawsuit challenging Connecticut’s program, Vizio noted the state program forces it to contribute funding to recycle CRTs, which the company never produced (the case was ultimately dismissed).

Bui acknowledged there are some disadvantages to CalRecycle’s current system, including an increase in administrative costs as the program expands. It also means manufacturers continue to avoid playing a role in end-of-life management of their products in California, Bui noted, although some of the program changes are meant to increase manufacturer responsibilities, even without an EPR program.

The recommendations were praised by other California public agencies, advocacy group Californians Against Waste, e-scrap processor Cal Micro Recycling, the California Product Stewardship Council, and others.

Jaime Minor, a lobbyist for HP, said the company is encouraged by a number of the recommendations, particularly the public education and outreach plans. Still, HP has concerns about California moving toward an EPR model, she added.

Walter Alcorn of the Consumer Technology Association, which represents OEMs, said his group has concerns about several of the recommendations, including the idea of moving from a retail- to manufacturer-paid fee. He said retailers are better positioned to remit the fees for devices, because they’re better situated to track which devices are sold in California stores versus other states.

“Your program here in California is the most successful state electronics recycling program in the country,” Alcorn said. “And because of that, I would encourage everybody to be careful about changing it. We actually have consensus across our industry that the program is working as is.”