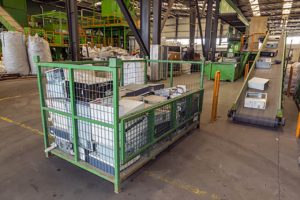 Processors handling non-CRT devices will be paid 60 cents a pound by the state of California, a 22 percent increase over their current payment rate.

Moving forward, authorized companies will be paid 60 cents per pound to collect and recycle non-CRT devices, and they’ll continue receiving 49 cents per pound for handling CRTs. The department described a multi-year process of evaluating markets and revenue in order to come up with the non-CRT rate.

On May 15, staff heard a final proposal for the per-pound payment rates, and CalRecycle Director Scott Smithline signed the proposal the following day. It takes effect July 1.

The rate split is a tangible indication of how the industry is adapting to an evolving stream. Seven years ago, non-CRT devices made up less than 1 percent of the weight of the e-scrap stream. But CRTs have since begun to decline as a portion of the stream: By 2015, non-CRT devices made up 5 percent of the stream, and by 2017 they grew to 14 percent.

This trend has a variety of impacts. Although CRTs have been a headache for many e-scrap operators because of the costs associated with recycling their leaded glass, their decline isn’t all good news.

Additionally, the payments are weight-based, which adds to the difficulty because “recyclers are paid less for these devices although they are more costly to manage.”