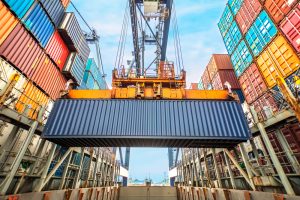 The Secure E-Waste Export and Recycling Act calls for extensive restrictions on exports of end-of-life electronics in the name of thwarting illegal counterfeiting operations abroad.

The legislation was introduced late last week to the U.S House of Representatives by California Republican Paul Cook and Texas Democrat Gene Green. The bill bans exports of a wide range of used electronics, including computers, TVs, tablets and phones. If passed, it would be the first federal law put in place to control the overseas flow of e-scrap.

At present, the U.S. EPA only regulates the movement of CRT devices abroad through the CRT Rule.

The SEERA proposal does allow exports of devices that have been tested to show they are functional as well as scrap materials prepared for recycling.

The bill states it is intended “to ensure that such waste does not become the source of counterfeit goods that may reenter military and civilian electronics supply chains in the United States.”

E-Scrap News reported earlier this month that the Coalition for American Electronics Recycling (CAER), a group that has been calling on lawmakers to ban exports from the U.S., was optimistic legislation would be introduced to control exports in the near future. In a press release, CAER celebrated the introduction of SEERA.

It is the second piece of federal legislation on exports to be introduced in recent years.

A similar bill, known as the Responsible Electronics Recycling Act (RERA), was introduced in 2013 by Rep. Green but failed to get a House hearing.

What most separates SEERA from its predecessor is the focus on counterfeiting.

CAER steering committee member Bob Houghton said federal legislators have grown increasingly concerned with the issue of used parts making their way into counterfeit goods. “In a sense, we were kind of educated by [members of Congress],” said Houghton, who is also the CEO of Ohio-based Sage Sustainable Electronics.

While little hard data exists on the connection between exports and counterfeiting operations overseas, Houghton said exports are “a serious threat to national security.”

Rep. Ted Poe, R-Texas, hosted a Congressional staff briefing on the issue in May.  A Senate report from 2012 first looked into the connection between exports and counterfeiting overseas.

According to Houghton, interest in the legislation has come from both Democratic and Republican lawmakers. “There’s a strong interest among anyone that’s associated with homeland security and defense security in general and that encompasses people on both sides of the aisle,” he said.

Houghton also noted that exports of material have an effect on the domestic electronics recycling industry.

“We know that we lose business every day to people that are stuffing shipping containers full of undifferentiated electronic scrap and shipping them to developing countries,” Houghton said.

Others in the industry, however, have argued the opposite, noting that maintaining a free flow of material between U.S. companies and the global market is essential for economic stability. The Institute of Scrap Recycling Industries (ISRI) has strongly opposed bans on e-scrap exports, including the RERA legislation.

As of press time, ISRI did not return a request for comment on the introduction of the SEERA bill in Congress.

Upon its introduction, SEERA was referred to the House Committee on Foreign Affairs due to its connection with national security.