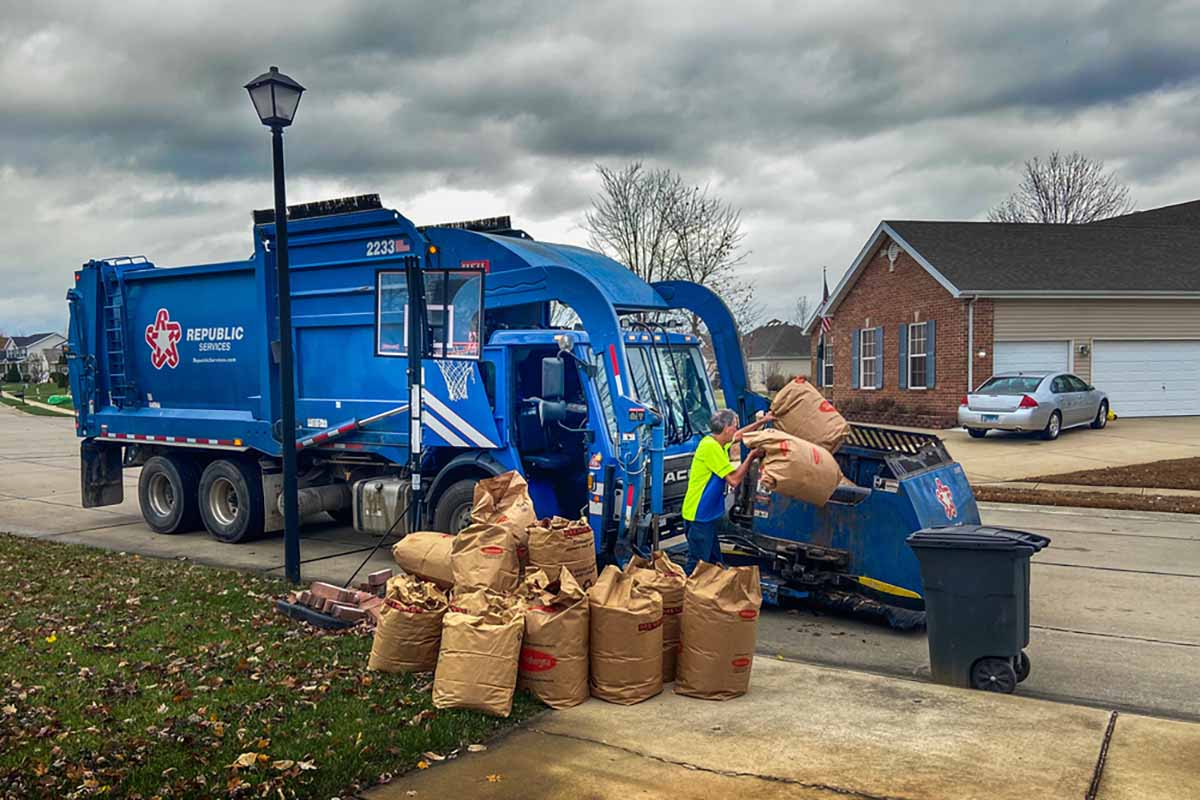 Some of the results showed that prices were particularly high in the fourth quarter, a continuation of last summer’s trend. On earnings calls, hauler executives added that prices have continued to show strength in 2021.

According to the company’s annual report, the average price of recyclables flowing through company MRFs in 2020 was 19% higher than the year before. The company attributed the 2020 results to COVID-19 affecting supply and demand for recyclables, increasing prices for some key materials.

At the end of 2020, the average market prices were still at or below the historical averages, the report noted. That being said, during a Feb. 18 call with investment analysts, Waste Management President and CEO Jim Fish noted that 2021 has started with commodities “on a strong upward trajectory, and many experts believe this to be the start of a long-term trend.”

Waste Management’s annual report touched on export versus domestic markets, pointing to China’s latest move to shut down virtually all recyclables imports as of this year, as well as the Jan. 1, 2021 implementation of the Basel amendment, which could drastically complicate the scrap plastics trade. But Waste Management said the impacts are mitigated by the fact it no longer exports residential recyclables.

The company also stated that, because a higher percentage of its overall commodity sales are now targeted at domestic markets, the company’s freight costs have decreased.

Recycling now makes up nearly 8% of Waste Management’s total revenue. Overall, the company brought in $4.067 billion during the fourth quarter, up 6% year over year, and $15.218 billion for the full year, down nearly 2% from 2019, according to a press release.

Waste Management’s annual report also provided pro-forma financials showing how the 2019 and 2020 operating revenues would have looked had the Advanced Disposal acquisition and related divestitures occurred as of Jan. 1, 2019, rather than in late-October 2020. That data provides a sort of apple-to-apple theoretical comparison between 2019 and 2020. The pro forma showed Waste Management could have brought in $16.192 billion in revenue in 2020, down nearly 3% from the year before.

In a press release, Republic Services noted that the fourth-quarter average recovered commodity price (excluding glass and organics) hit $110, up from $66 during the fourth quarter of 2019 – that represents a gain of 67%.

During a Feb. 22 call with investment analysts, Donald Slager, Republic’s CEO, noted that the higher commodity prices generally help Republic negotiate with municipalities for contracts that ensure the company gets paid “a fair return” to collect and sort recyclables. In short, when markets are strong, processors are able to entice communities with commodity sales rebates under those contracts.

“As commodity prices get higher, it’s easier to talk to customers, particularly in municipalities, about getting that model,” he said.

Republic’s annual report noted that Republic Services MRFs sorted and sold 2.1 million tons of recyclables last year (excluding glass and organics). An additional 2.2 million tons were collected by Republic and delivered to third parties. About 78% of total weight flowing through Republic MRFs is fiber, including OCC, ONP and other mixed paper.

The following is a look at key fourth-quarter and full-year 2020 recycling numbers from the five largest publicly traded haulers in North America:

GFL Environmental (converted to U.S. from Canadian dollars on March 1, 2021)

As of the end of last year, Republic had 76 MRFs.

For the full year, the Toronto-headquartered company’s recycling business brought in about $208 million in revenue, up from $75 million in 2019 (acquisitions contributed to the year-over-year increases in these numbers), according to the company’s annual report.

Like the other haulers, GFL reported higher commodity prices gave the company a boost.

GFL’s U.S. solid waste operations enjoyed a revenue increase of about $457 million from 2019 to 2020; again, most of that was from acquisitions, but higher recyclables prices did contribute nearly $5 million to the increase, the annual report shows.

On a Feb. 23 call with analysts, Luke Pelosi, GFL’s chief financial officer, said the fourth-quarter blended commodity price was nearly 40% higher year over year. The price was up 15% from the third quarter of 2020.

“As we continue moving our contracts towards a fixed-price processing model, we will see less volatility in our results tied to movements in OCC [and other commodities],” he said, according to a transcript from Seeking Alpha.

GFL has acquired multiple companies in recent years, including Canada Fibers, WCA Waste Corporation and a number of operations from Waste Management and Advanced Disposal Services. As of the end of last year, GFL owned 28 MRFs across North America.

Waste Connections also reported high commodity values last year. Revenue from commodity sales increased by about $4 million in 2020, primarily because of higher OCC prices and greater residential volumes, the annual report shows. That was partially offset by a decrease in commercial volumes and lower average prices for scrap plastics and aluminum.

According to a Feb. 18 call with analysts, Mary Ann Whitney, the company’s chief financial officer, said the fourth-quarter OCC prices averaged $85 per ton. OCC ended the year at about $90 a ton and has since been over $100 a ton, she said.

Recycling now makes up less than 2% of Waste Connections’ total revenue. Overall, the company’s revenue was $5.446 billion in 2020, up 1.1% from the year before.

Excluding the impact of acquisitions, however, the total revenue decreased by 2.6%. Waste Connections acquired 42 garbage and recycling companies in 2019 and 2020.

In the fourth quarter, the year-over-year recycling revenue growth was almost entirely because of higher selling prices for recovered commodities, data in a press release shows.

In 2020, recycling revenues increased by $7.4 million, according to the company’s annual report. Of that amount, $3.5 million came from higher commodities prices (mostly OCC and paper), $1.8 million from higher recycling processing fees, $1.1 million from the acquisition of a recycling operation and $1.0 million from greater commodity volumes.

During a Feb. 19 call with analysts, Ned Coletta, Casella’s chief financial officer, said the average commodity price in the fourth quarter was up by 79% year over year, mainly because of higher OCC and mixed paper prices, as well as higher metals prices. Partially offsetting those were lower scrap plastics prices.

As of the end of January, Casella has 20 MRFs. Last year, the company’s recycling business (including its brokerage division) sorted and/or marketed over 600,000 tons of recyclables, according to the annual report.