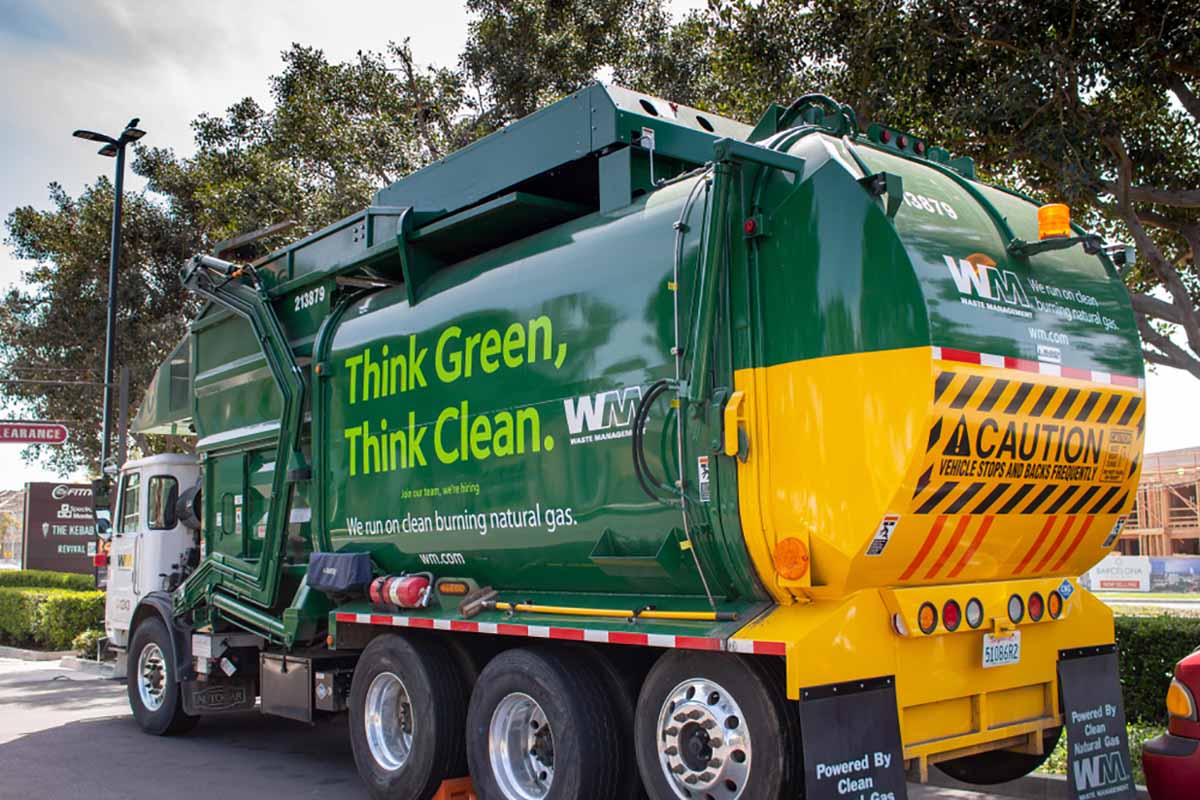 The waste sector’s biggest companies extended their recycling business rebound into the second half of this year, helped by higher fiber prices.

Waste Management, Republic Services, GFL Environmental, Waste Connections and Casella Waste Systems all reported higher year-over-year recycling revenues. And they all said the average price of recyclables flowing through their MRFs was up this year.

The latest numbers are a continuation of what the companies reported during the second quarter, when the COVID-19 pandemic impacts took hold, affecting supply and demand and driving up prices for some recyclables.

The following are third-quarter results from the five largest publicly traded residential garbage and recycling companies in North America, ordered based on recycling revenues.

The Houston-headquartered company’s recycling business brought in $290 million in revenue during the third quarter, up 18% year over year.

The recycling boost was driven by higher commodity prices. During the third quarter, Waste Management enjoyed commodity prices that averaged 33% higher than the prior-year period, according to the company’s quarterly report. The higher price was because the pandemic contributed to a reduced supply of recyclables, the report notes. In fact, during the first nine months of the year, the average commodity price was 7% higher than during the same period in 2019.

“While these prices are meaningfully higher than 2019 market pricing levels, they continue to be well below long-term averages,” according to the quarterly report.

In a Nov. 2 conference call with investors, Jim Fish, president and CEO of Waste Management, noted the company’s investments in highly automated MRFs. The company has opened facilities in Chicago and Salt Lake City, and it is planning one for Raleigh, N.C., he said.

“Using advanced technology in our recycling facilities is the blueprint for improving our cost structure, producing a higher quality material and being flexible to changing recycling end-market demands,” Fish said, according to a transcript from Seeking Alpha.

The better recycling business performance came despite a continued year-over-year decrease in total company revenues. Overall, the company brought in $3.86 billion during the third quarter, down nearly 3% year over year. The drop, which wasn’t deep as during the second quarter, was because the pandemic reduced overall solid waste volumes for the company.

In other recent Waste Management news, the company on Oct. 30 finalized a $4.6 billion acquisition of Advanced Disposal Services (ADS), which was the fifth-largest residential garbage and recycling business in North America (as measured by total revenue). As part of the deal, the U.S. Department of Justice forced the companies to sell a number of assets to ensure competition remains in certain markets. A number of operations were sold to GFL Environmental.

The ADS acquisition brings to Waste Management an additional three million commercial, industrial and residential customers, primarily in 16 states in the eastern half of the U.S.

The Phoenix-based company reported that its recycling business brought in $75 million in revenue during the third quarter, up 9% year over year.

In its quarterly report, Republic reported that the average price for recovered commodities (excluding glass and organics) was $99 during the third quarter, up from $72 during the prior-year period, or up 38%.

During a Nov. 5 conference call with investors, Jon Vander Ark, company president, noted that the benefit of higher recyclables prices was partially offset by a 7% decrease in inbound recyclables volumes during the third quarter.

The Vaughan, Ontario-based company reported its material recovery business brought in 74 million Canadian dollars (nearly $57 million) in revenue during the quarter (this category includes curbside recycling operations). On a year-over-year basis, that was up from 23 million Canadian dollars (about $17 million) during the third quarter of 2019, driven by impacts of a number of acquisitions of other companies over the past year.

A management presentation illustrated the heavy impact of acquisitions on the third-quarter results. The solid waste segment, of which materials recovery is a relatively small part, experienced a year-over-year revenue increase of 23%. Of that, 20 percentage points came from acquisitions.

The following is a look at key third-quarter recycling-related numbers from the largest publicly traded haulers in North America:

GFL Environmental (converted to U.S. from Canadian dollars on Nov. 9, 2020)

In a press release, the company’s founder and CEO, Patrick Dovigi, noted that during the third quarter GFL began to see the anticipated benefits of last year’s acquisition of MRF operator Canada Fibers. Helping out were new recyclables processing contract wins in both western and eastern Canada, he added.

Like its competitors, GFL noted the benefit of higher commodity prices during the second quarter. A management discussion document stated that higher commodity pricing and new recyclables processing contracts, which resulted in greater volumes of material flowing through the MRFs, both contributed to revenue growth.

During a Nov. 5 call with investors, Luke Pelosi, chief financial officer, said the blended commodity value during the third quarter was up 30% year over year.

During the call, Pelosi also noted that GFL is looking to make 5 million to 10 million Canadian  dollars ($3.8 million to $7.7 million) in capital investments in its recycling operations during the fourth quarter.

According to the company’s financial statements, materials recovery makes up 7% of the company’s total revenue pie. Overall, GFL pulled in 1 billion Canadian dollars (about $797 million) in revenue during the third quarter, up 15% year over year.

The Woodlands, Texas-based company’s recycling business brought in over $21 million in revenue during the third quarter, up 51% year over year.

In its quarterly report, the company reported that higher prices and volumes of residential OCC boosted revenue during the second and third quarters. Officials didn’t disclose the average commodity prices they saw during the quarter.

Recycling makes up less than 2% of Waste Connections’ total revenue pie. Overall, the company brought in $1.39 billion during the third quarter, down nearly 2% year over year.

In other company news, Waste Connections recently released a 2020 sustainability report with details on its recycling performance and investments. The company’s 66 MRFs processed 1.7 million tons of recyclables last year, up 11% year over year. The document also notes the company is investing in optical sorters and robots to manage headcounts at MRFs, increase productivity and improve the quality and value of recovered commodities.

“We currently utilize this technology in a number of facilities and recently signed an agreement to deploy an additional 24 robots across our MRF footprint,” the document states.

The Rutland, Vt.-based company reported $13 million in recycling revenue during the third quarter, up 17% year over year.

During an Oct. 30 conference call with investors, Ned Coletta, Casella’s chief financial officer, said the average commodity revenue per ton was up 37% year over year, mainly because of higher OCC and mixed-paper pricing, partially offset by lower plastics values.

Recycling now makes up over 6% of Casella’s total revenue pie. Overall, the company brought in $203 million in revenue during the third quarter, up 2% year over year.