Major user of recycled film says it will be buying more 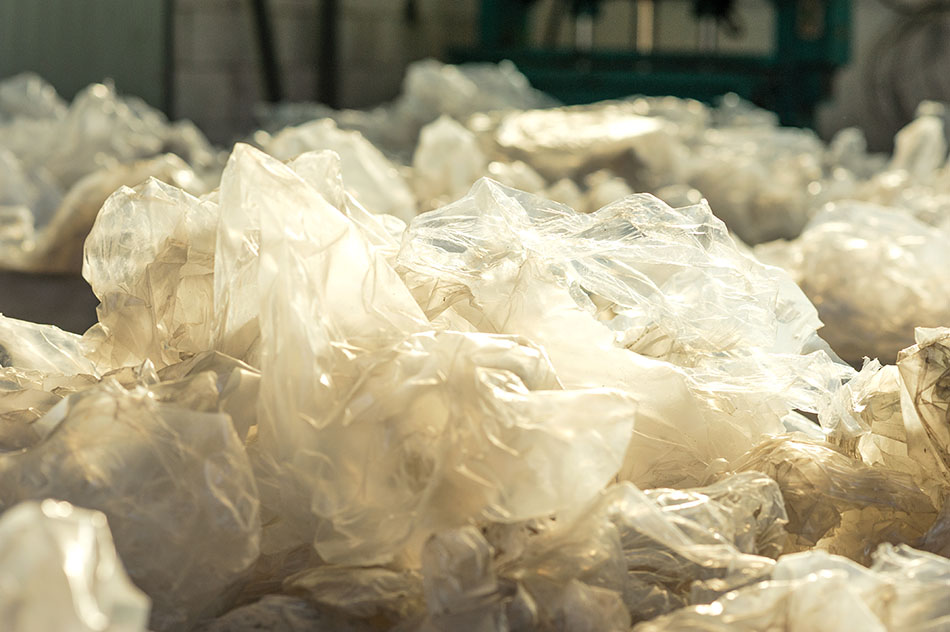 Already North America’s largest consumer of recovered film, Trex plans to use considerably more in the future, according to the company’s CEO.

He also explained the decision to shut down the company’s pellet business earlier this year, citing a lack of interest from buyers. “There’s no interest in paying anything extra for recycled content. Therefore, it was not cost efficient to continue the operation,” Cline said.

With factories in Fernley, Nev. and Winchester, Trex recycles over 800 million pounds of PE film, wood chips and sawdust annually to make its composite lumber, which is used in decking and other applications. That feedstock weight is split about 50-50 between plastic and wood fiber.

For plastic, most of what Trex buys is linear low density polyethylene (LLDPE) film, including stretch wrap from warehouses and stores. Between 5% and 10% of the plastic it purchases consists of front-of-store bag collections, however. Cline said his company is the largest recycler of plastic bags in North America.

A publicly traded company, Trex recently announced it will spend roughly $200 million to boost its composite lumber production capacity in future years. At full expanded production, the company will recycle a total of 1.4 billion pounds of PE and wood fiber per year.

The first of the capacity expansions, in Nevada, will come on-line this year.

“We see the opportunity to utilize that capacity pretty quickly,” Cline said. 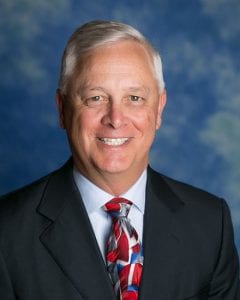 The company expects a significant increase in feedstock it purchases. Trex recently developed new lumber products that have smaller profiles, and thus can be produced faster than the older, beefier lumber offerings.

Each individual unit produced using this new design uses less total material, but Trex expects to make more units overall. And while each will sell for lower cost than older offerings, Trex expects to sell more of them.

Trex is creating the smaller-profile products to better compete with wood. Cline noted consumer satisfaction with wood is primarily driven by the fact that it’s cheaper than composites. The newly released products aim to close the gap somewhat while still offering the benefits of a composite product, he said.

Cline said Trex will probably need to hire more people to its procurement team to increase the amount of feedstock the company buys.

As Trex works to boost the amount it purchases, it has rebranded it retail collections program “NexTrex,” aiming to increase awareness and expand its reach. NexTrex purchases material collected at about 32,000 stores nationwide. It recently reached a milestone of 1 billion pounds collected over the life of the program.

In addition, on July 11, the company announced it will offer free recyclability testing to packaging engineers, manufacturers and brand owners through the program. The goal is to ensure what they put on the market can eventually be recycled by Trex.

According to a press release, companies can send samples of plastic packaging to Trex and Trex will provide them with a report covering recyclability, potential for contamination from products in the packaging, and non-recyclable look-alike packaging “so that they can make adjustments as needed to meet recyclability standards and/or select appropriate recycling method.”

As a result of both the market and prospecting factors, the company has been able to obtain higher-quality plastics for a lower price, Cline said.

In recent years, a number of chemical companies and packaging makers have announced the release of multi-layer flexible packages, including stand-up pouches, that they say are recyclable alongside PE bags dropped off at stores. When asked about whether Trex can take those, Cline said it comes down to a couple different types of contamination: incompatible packaging materials and content contamination.

Trex can handle lower levels of incompatible polymers, paper or even thin layers of aluminum, but it encounters problems with liquids or moist contaminants such as residual food (Cline noted Trex doesn’t utilize a washing process).

Trex tracks bales from suppliers’ stores to its production lines, so if it sees a pattern of excessive contamination, it works with suppliers to reduce the contaminants, Cline said. If they can’t address the issue, Trex will stop buying from that supplier.

The company has experimented with processes for handling film from MRFs in the past, but it’s more expensive to clean up and convert the plastics and, at this point, it’s not cost effective, Cline said. And Trex has found there’s more than enough clean PE available in the marketplace for its needs.

On the export market front, Cline said that as China and other countries have cut or reduced consumption of North America’s scrap PE, the overall market price has declined. Additionally, more recycling companies are separating their plastics into distinct polymers. Meanwhile, Trex has had success “prospecting” to find and develop new suppliers of scrap PE.

As a result of both the market and prospecting factors, the company has been able to obtain higher-quality plastics for a lower price, Cline said.

Five years ago, Trex entered the business of producing 100% recycled LLDPE pellets for sale to outside manufacturers, including bag makers. It was described at the time as an effort to monetize the company’s recycling and extrusion expertise and process its excess feedstock. The company had high hopes for it, forecasting that it could bring in tens of millions of dollars in revenue in several years’ time.

But as early as the following year, 2016, the company reported low virgin PE prices were challenging the business. In response, it began reducing PE film purchases to a level more consistent with its lumber manufacturing needs.

“I think it’s going to take government and/or the consumer to force the recycling to occur. I don’t think other companies are going to do it on their own.”

Cline said the pellet venture was fully shut down earlier this year.

“We saw the pellet business as an avenue to drive recycling of material that would otherwise be destined for landfill,” Cline said. “We thought there was a reasonable opportunity for profit there. It turned out not to be.”

When the company first got into producing and selling pellets, oil was $80 to $90 a barrel. At that price, there were a number of manufacturers interested and willing to pay more for recycled PE, he said. But it today’s environment, with virgin PE plentiful and cheap, “nobody is willing to pay the differential to make it worthwhile,” Cline said.

Trex also found that manufacturers were generally unwilling to modify their manufacturing process in any way to handle recycled plastic.

“I think it’s going to take government and/or the consumer to force the recycling to occur,” he said. “I don’t think other companies are going to do it on their own.”

A version of this story appeared in Plastics Recycling Update on July 17.