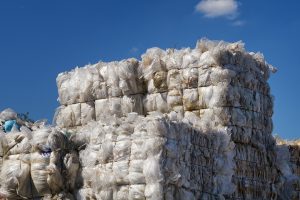 Trex, which is one of the largest film reclaimers in the country, has been using recovered feedstocks in its products since 1992.

With an eye toward growth, Trex announced a new name for its collection program: NexTrex.

“With a fresh new name, the company is formally branding the program in an effort to elevate awareness and further expand its reach by engaging even more retailers and collection sites,” according to a press release.

The decrease in profit was primarily related to new product startup costs and slower-than-normal production ramp-up on those products, according to the company’s quarterly financial filing. Also, the Fernley production facility had two equipment failures during the quarter that knocked out two production lines for about 30 days each.