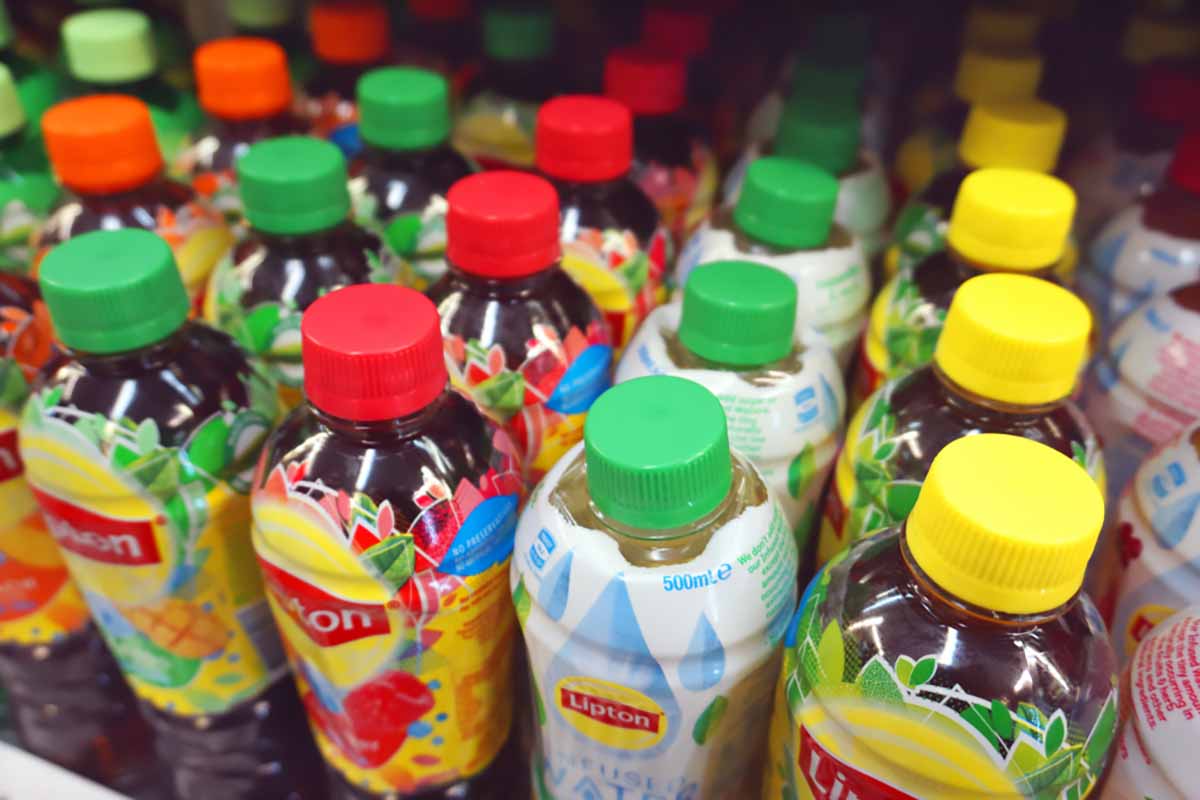 Recycling technologies from Erema, NGR, Polymetrix, Starlinger and others were recently approved to produce RPET for 100% recycled-content food and drink packaging. | Ho Su A Bi/Shutterstock

A food-safety panel has approved applications from Indorama Ventures, Veolia, Coca-Cola Hellenic, NOVAPET and other plastic reclaimers to recycle PET in new food and drink packaging.

Over the past seven months, the European Food Safety Authority (EFSA) approved 28 applications to recycle scrap plastics, mostly PET, into food and drink packaging and utensils. It rejected one application, saying the submission lacked necessary data and had unresolved inconsistencies.

Of the 29 applications, 26 were to recycle PET using technologies developed by Erema, NGR, Polymetrix, Starlinger and others. The other three sought to recycle a number of different polymers found in specific scrap streams, including HDPE bottle caps.

The decisions were made by the Panel on Food Contact Materials, Enzymes and Processing Aids (CEP), which is part of the EFSA. In the European Union, recycled plastics and additives can only be used in food and beverage packaging if they’re first reviewed by the EFSA for safety.

Twice a year, Plastics Recycling Update covers the panel’s opinions. The most recent roundup was published in December 2021. The following are CEP determinations that have been published since then:

(Note: In the PET recycling processes below, the inputs are washed and dried PET flakes derived from post-consumer food and drink containers collected curbside and via deposit systems. The CEP approvals allow the RPET produced to be used in 100% recycled-content food and drink packaging for long-term, room-temperature storage, with or without using the hot-fill process.)

The panel on Jan. 27, 2022, published two favorable opinions on Erema PET recycling processes, one for Coca-Cola HBC Polska out of Poland and the other for Fa. Enkador S.A. out of Ecuador.

Erema’s Vacurema Prime technology involves introducing the flakes into twin batch reactors, where they are heated, resulting in the vaporization of contaminants and crystallization of the flakes. The twin reactors then feed flakes into a continuous reactor, where the flakes are further exposed to high temperature for a specific time. Finally, the flakes leave the reactor and are melted in the extruder, where solid particles are filtered out before either preforms or pellets are produced.

On March 22, the panel approved four applications to use the Erema Basic technology, which is different from the Vacurema Prime process. In the Erema Basic process, the flakes are continuously fed into a reactor equipped with a rotating device, which moves them around as they’re exposed to heat and a vacuum. The flakes are then sent to the extruder, where the plastic is melted and extruded into pellets or sheets.

The CEP approved applications from AN YA PLASTICS Corporation of Taiwan, INTCO MALAYSIA SDN BHD of Malaysia, Zibo Containers of South Africa and Utsumi recycle Systems of Japan.

On March 24, the CEP gave a thumbs-up to five different applications to use a PET recycling process employing both Erema and Polymetrix technologies.

The system begins with the Erema Basic process (described above), but with the combined system, after recycled pellets are crystallized and the and fed into Polymetrix’s solid-state polycondensation (SSP) leaN reactor, where they’re preheated and continuously fed into a counter current reactor. In the reactor, they’re exposed to high temperature and a flow of nitrogen while in a vacuum.

CEP on March 24, 2022, approved four proposals to use NGR technology to produce RPET for food and beverage packaging.

In the NGR process, the washed and dried flakes are further dried under a high temperature and a gas flow. Then, the flakes are melted in an extruder and the melt is conveyed to a reactor, where the plastic is decontaminated via melt-state polycondensation under high heat and in a vacuum. The melt is then cooled and pelletized.

The panel approved applications from Indorama Ventures Recycling Verdun of France, rPET InWaste of the Czech Republic, Wellman Neufchâteau Recyclage of France and 3R of Italy.

The CEP on Nov. 26, 2021, approved three applications to use Polymetrix technology to produce RPET pellets. In this process, washed and dried flakes are fed into an extruder without venting and under atmospheric pressure. There, the melt is filtered and the plastic is extruded and pelletized. The pellets are fed to a reactor, where they’re crystallized. The crystallized pellets are then heated up to the temperature of the SPP reactor and conditioned. Finally, the crystallized pellets are fed to a reactor where they’re exposed to high heat and an inert gas flow for a time (two different conditions of temperature and exposure time can be used). .

The panel gave a thumbs-up to applications to use this process from NOVAPET of Spain, LuxPET of Luxembourg and MOPET of Germany.

Over three separate dates, the panel approved a number of applications seeking to use Starlinger technologies to produce RPET for food and drink packaging.

On Jan. 27, 2022, CEP approved an application to use the process from Veolia Beteiligungsgesellschaft of Germany. Earlier, on Nov. 26, 2021, the panel approved submittals from Ferrarelle of Italy, Biffa Waste Services of the U.K., DENTIS Recycling of Italy, Resinas del Ecuador of Ecuador, OMT Recycling Project of Spain, Srichakra Polyplast of India and Circular Plastics Australia of Australia.

The panel on Oct. 28, 2021, approved an application from deSter of Belgium to use the company’s recycling process to recycle food and drink items provided to passengers on flights. The process would recycle items such as cutlery, salad bowls and coffee cups made of PP, PET, styrene acrylonitrile resin (SAN) or acrylonitrile butadiene styrene (ABS). The items include reusable foodservice tableware.

In the recycling process, the washed items are ground and injection molded or extruded/thermoformed into new foodservice products to be used during flights. The plastic could be used to produce 100% recycled-content items, or the recycled plastic could be mixed with virgin plastic.

The panel decided that the recycling process produces safe recycled plastic for a number of reasons, including that deSter “uses only materials and articles intended for food contact and ensures that any contamination can be ruled out, since the input originates from this product loop managed in a closed and controlled chain.”

The panel on Nov. 24, 2021, approved an application from Mälarplast of Sweden to recycle plates of polycyclohexylene dimethylene terephthalate glycol-modified (PCTG), which are used to make reusable canteens for use in schools, elderly care facilities and restaurants.

The company proposes to use a process called the Green Loop System to recycle the plates at their end of life. This recycling process consists of washing the plates, grinding them, drying the material and injection molding the regrind into 100% recycled plates.

Much like with the deSter application (above), the panel decided the Green Loop System is safe because it uses a “closed and controlled chain.”

Lastly, the panel on Nov. 24, 2021, rejected an application from PET to PET Recycling Österreich of Austria to use the Starlinger recoSTAR HDPE (FC 1) technology to recycle HDPE. PET to PET Recycling Österreich is owned by Coca-Cola Hellenic Bottling Company Austria, Egger Getränke, Rauch Fruchtsäfte, Spitz and Vöslauer Mineralwasser, and it is the only PET recycling plant operated by the Austrian beverage industry.

In the recycling process, the caps would be shredded and dried in a reactor under high heat, and then the flake would be continuously extruded and melt-filtered. The melt is then extruded under vacuum degassing. Finally, the melt is pelletized.

The CEP determined important information was missing and there were contradictions in the submission.

“Based on the information submitted to EFSA, the applicant has not demonstrated in an adequately performed challenge test or by other appropriate evidence that the recycling process is able to reduce the contamination of the HDPE flakes originating from closures of PET beverage bottles to a concentration that does not pose a risk to human health,” the panel concluded.