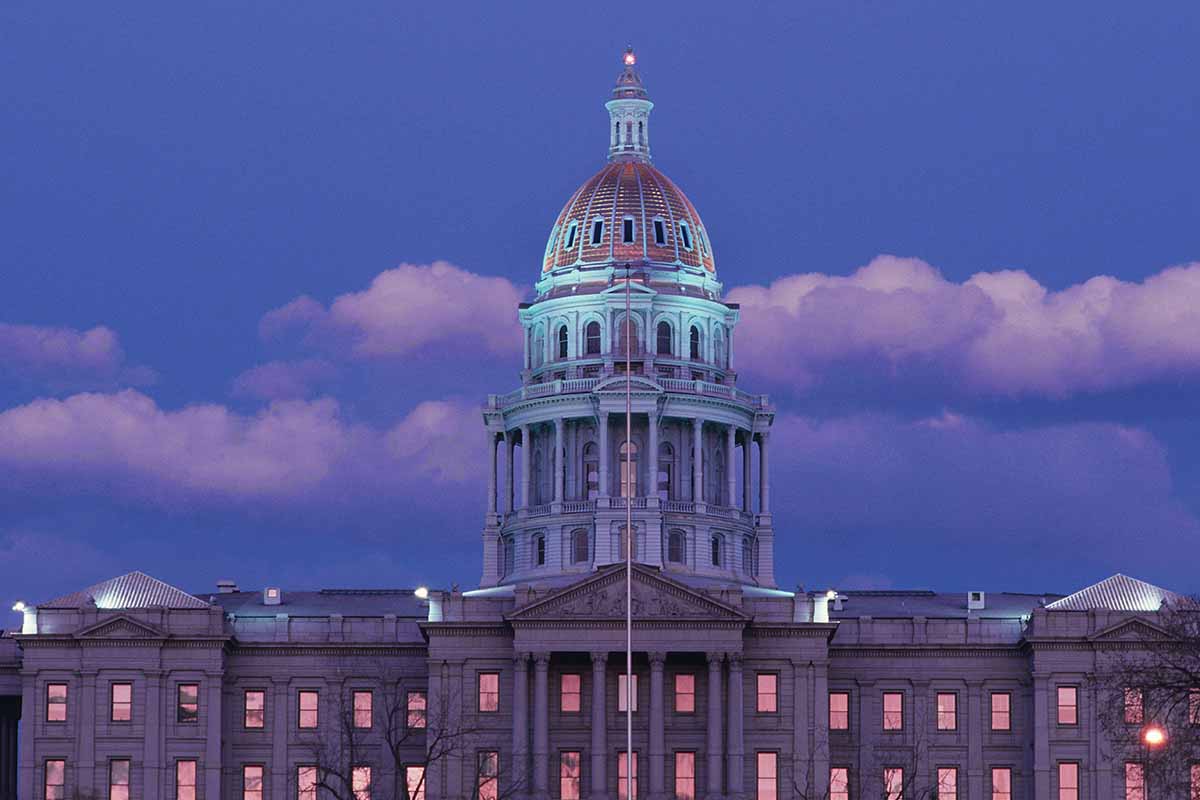 With the governor’s signature last week, Colorado became the third U.S. state with an extended producer responsibility law for some printed paper and packaging. | Joseph Sohm/Shutterstock

“Colorado is committed to using common-sense solutions and cutting edge technology to increase and improve recycling in our state,” Polis said in a statement, after signing the bill at the Evergreen Nature Center in Evergreen, Colo. “This bipartisan new law is an important step, will remove the costs of recycling from localities and taxpayers, and save Coloradans money.”

The legislation is the first packaging EPR bill to be signed into law this year. Last year, the governors of Maine and Oregon signed bills that include producer responsibility into law.

HB22-1355 mandates that companies selling consumer-facing packaging and some printed paper join a producer responsibility organization (PRO) or submit an individual plan, with exceptions for smaller business and highly regulated packaging, such as medicines. The PRO would then, through dues, fund and manage a statewide recycling system.

A number of groups immediately reacted to the news of Friday’s signing in Colorado, including groups that put out statements after the bill was passed by the legislature in May.

In a press release, the advocacy group Product Stewardship Institute (PSI) said the bill “represents a paradigm shift in the way paper and packaging are designed and managed in the United States and will significantly increase recycling in the state.”

“In the United States, this is a distinctly different approach,” according to the release, which added that “this law will serve as an example to other states for years to come.”

A town hall session at the 2022 Resource Recycling Conference will focus on what extended producer responsibility bills mean for local recycling programs. The Monday, Aug. 15, session will include experts from The Recycling Partnership, Republic Services, the city of Tacoma and Waste Management. Register now to attend the conference, to be held Aug. 15-17 in Austin, Texas.

“By matching effective waste management practices with accountability, extended producer responsibility (EPR) is an essential tool to address plastic pollution,” stated Alejandro Pérez, senior vice president of policy and government affairs at WWF. “We have a lot of work to do to achieve a waste-free future, but we are one step further because of Colorado’s actions. The state is setting an example of how industry, environmentalists and policymakers can join forces to transform the way we use, reuse and recycle materials.”

“Our 100% recyclable bottles and cans are made to be remade, and one of our industry’s highest priorities is getting them back,” Katherine Lugar, president and CEO of American Beverage, stated in the release. “Colorado’s legislation is a promising model for creating a circular economy for recyclables, and we applaud Gov. Polis for signing this legislation into law.”

The release said evidence from other EPR programs shows consumers “do not see a change in prices at stores. The cost of EPR fees is built into producers’ wholesale prices and is spread across the supply chain.”

Not everybody was happy with the signature. The American Forest & Paper Association (AF&PA) lobbied against the bill in the legislature and had urged a veto by the governor. In a statement, Heidi Brock, AF&PA’s president and CEO, said the group was disappointed with the enactment of the law, which she said is not the right approach for paper and paper-based packaging.

“More paper by weight gets recycled from municipal waste streams each year than aluminum, glass, steel and plastic combined,” she noted. “Instead of taking these achievements into consideration, the legislation will effectively require our industry to subsidize programs for materials with lower recycling rates. It may disrupt successful paper recycling streams and impede our industry’s ability to invest in infrastructure. It could also raise costs for both Colorado consumers and small businesses.”

She urged Colorado policymakers to work together to address barriers to recycling access, underfunding and underdeveloped recycling programs and the lack of official guidance or municipal recycling governance.

This session, two different EPR bills failed to move out of committee in New York, and a similar EPR program was cut from Gov. Kathy Hochul’s proposed executive budget earlier in the year. The legislature fully adjourned as of Saturday, June 4.

A10185 was introduced May 5 by Assemblyman Steve Englebright. It would have required producers to change packaging designs to reduce waste, pay fees based on the amount of packaging material used and provide “widespread, convenient and equitable access” to recycling, at a level equal to that of municipal waste.

It also would have mandated that producers reduce their use of non-reusable packaging by 10% two years after their producer plans are implemented, by 20% at four years, by 30% at six years, by 40% at eight years and by at least 50% a decade after plan implementation.

The bill was supported by advocacy group Beyond Plastics. It stalled out in the Standing Committee on Environmental Conservation. Englebright’s office did not respond to a request for comment.

New York state Sen. Todd Kaminsky in January 2021 introduced S1185, which also would have established an EPR program for packaging. It would have let producers propose recycling rate targets and post-consumer content rates, and also included eco-modulation to reward producers for product designs that reduce waste and increase recyclability.

That bill died in the senate Finance Committee.Kaminsky’s office did not respond to a request for comment.

The Recycling Partnership, Citizens Campaign for the Environment, the New York League of Conservation Voters and the New York Product Stewardship Council, among other groups, had urged New York legislators to pass an EPR bill this session.

A version of this story appeared in Resource Recycling on June 7.