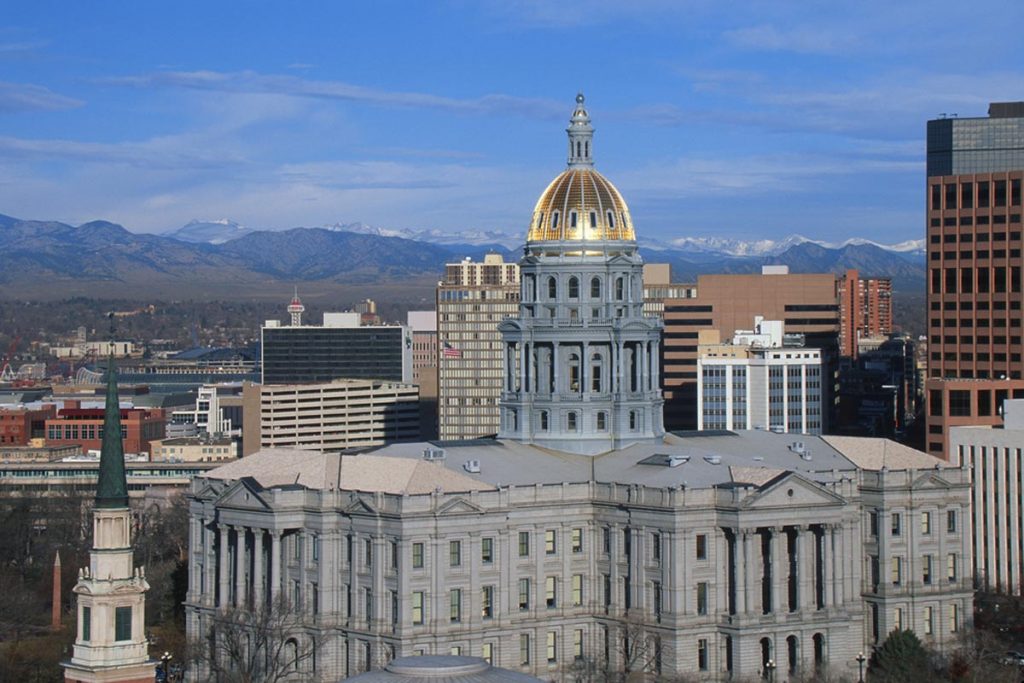 Colorado and Hawaii are both working to pass extended producer responsibility bills this legislative session that are tailored to fit each state’s needs.

Colarado’s House Bill 22-1355 passed out of the House Energy and Environment Committee April 13 on a 7-5 vote. It now heads to the appropriations committee and the House floor for a vote.

Kate Bailey, policy and research director for nonprofit recycling organization Eco-Cycle, told Plastics Recycling Update the bill was crafted after over 70 stakeholder meetings with a focus on what will work for Colorado.

“It really is a fundamental transformation of how we do recycling and that really affects a lot of industries,” she said, adding that it’s “a big change. It requires a lot of education and a lot of outreach with really broad stakeholder groups.”

The bill would mandate all companies that sell consumer-facing packaging and some printed paper in or into the state to join a producer responsibility organization (PRO). The PRO would then, through dues, fund and manage a statewide recycling system. The program would start in 2026.

Bailey said the program would be run and funded by industry because that’s the model stakeholders felt would work best in Colorado. The state relies heavily on an open-market recycling system, with very few municipalities providing services.

“We didn’t want this to be under the state government or burden our local municipalities with managing programs,” she said, noting that the best method varies state by state.

Under the bill, the PRO would consult with an advisory board of 13 recycling experts and be overseen by the Colorado Department of Public Health and Environment. The voting board members would include representatives of three local governments, a hauler, a recycling facility, a compost facility, a landfill, two nonprofit groups, two packaging and paper manufacturers, and two business associations. The PRO and state would each get a non-voting seat.

Bailey said the strong advisory board model paired with the PRO will match industry innovation, efficiencies and economies of scale with guidance from locals who know what’s needed.

“It’s something we’re trying to make work for decades to come, so we’re really focused on that framework of who makes decisions and how do we shape things to be the right fit,” Bailey said.

Another way the bill is tailored to the state is a “quite generous exemption for small businesses,” Bailey said.

Small businesses that either have less than $5 million in gross annual revenue or sell less than one ton of covered materials are excluded from the PRO requirements, along with restaurants and companies that sell items with specific federal safety regulations, such as pharmaceuticals and pesticides.

“That’s another thing we really heard from our stakeholders, is we needed to protect small businesses and really make sure that this works across our state as a whole,” Bailey said.

Colorado has a low recycling rate of about 15%, Bailey said, and has wide demographics to work with.

“We have a big urban-rural difference, mountain communities and then we have a really inequitable recycling system now,” Bailey said. “Honestly, we have better recycling in our more affluent communities where they’ve had the resources to run programs or to build drop-off centers.”

That’s not even just an urban-rural divide, she added, but a divide within the urban areas. Bailey said to ensure equity, the bill requires recycling services to be as convenient as trash services.

Producers pay annual membership dues to the PRO based on the amount and type of packaging or paper used, and the dues are based on a concept known as eco-modulation, which charges less in dues to companies that reduce unnecessary packaging and use more recyclable materials or materials with more recycled content.

However, business-to-business materials, packaging used in transportation or distribution that does not reach a consumer and packaging sold out of state are not factored into the dues.

The dues will pay for expanding recycling infrastructure where needed and for reimbursing haulers, processors and local governments that provide recycling services for 100% of the actual costs.

One of the first tasks set for the PRO is to perform a needs assessment analyzing the current recycling system in Colorado and identifying which infrastructure and services need to be improved. The assessment will also help determine how to expand recycling programs to certain nonresidential properties by 2028, such as small businesses, government buildings and public spaces.

Under the bill, the PRO would also be charged with developing three scenarios for reaching statewide 2030 and 2035 recycling goals, setting minimum goals for increasing recycled content in all kinds of materials by 2030 and 2035, and developing metrics and strategies to increase the use of reusable packaging.

Bailey said many local governments and those industry have voiced support for the bill, particularly because it focuses on how recycling can stabilize supply chains.

“Colorado recycles just 15% of our aluminum cans, so 85% of our aluminum cans end up in the landfill,” she said. “Meanwhile, you read the news about global aluminum shortages. We’re trying to help businesses understand that recycling is the foundation of a secure economy. We need to get these materials out of the landfill and back into manufacturing, and recycling is the tool to do that.”

Bree Dietly, representing the American Beverage Association, said during testimony at the legislature that “we believe this [Colorado bill] is a piece of model legislation that could and should be a model in other parts of the country.”

Bailey said she’s feeling hopeful about the bill’s chances of passage this session, though time is running out. The Colorado legislative session ends on May 11, making time “our biggest obstacle.”

“We have a good model, some extensive stakeholder work and we continue to make small adjustments as we’re hearing from other stakeholders,” she said. “We feel like we’ve done our work, not only in this last year, but the last couple years, to really understand what Colorado needs and how to put us on a new path going forward.”

Hawaii close to passing own take on EPR

Hawaii’s HB 2399, which creates an EPR program with some island-specific twists, is getting close to the governor’s desk.

The bill would require producers to register and pay an annual fee into a fund based on the amount of packaging they use, but it would not require those producers to join a PRO. The bill also has a sunset date of June 30, 2028.

According to the bill, the purpose is to make sure the EPR program is particularly suited to Hawaii and prioritizes reuse strategies as the best way to eliminate packaging waste. Hawaii has tried to pass EPR bills in the past.

“The legislature further finds that Hawaii has a unique role to play in creating extended producer responsibility solutions due to the state’s relatively small resident population, remote location bounded by the Pacific ocean, and global image as a relatively pristine environment,” the bill text said. “The fact that the islands attract millions of visitors each year adds to Hawaii’s value as a proving ground for forward-thinking waste reduction initiatives.”

The bill has a set goal of reducing the volume of packaging sent to landfills or waste-to-fuel plants by 50%, and then by 80%. The deadlines for those goals are to be determined.

Producers would pay $150 for each metric ton of packaging placed in the market. That money would go into a fund, along with any other money appropriated by the legislature, grants or donations, and interest earned on the balance of the fund.

Any material used in the packaging of a product that is considered a drug, medical device or dietary supplement by the U.S. Food and Drug Administration would be exempt.

Then, each of Hawaii’s four counties (Hawaii, Kauai, Maui and Honolulu) would be allocated money to do a county needs assessment and for packaging reuse programs, specifically.

Any producer that violated the bill would get one warning, then fined up to $1,000 for the first violation and up to $2,000 for each subsequent violation, with each day of continued violation counting as a separate violation. Those fees would go back into the fund.

The legislation was passed by the House on March 4 and then amended by the Senate before the Senate approved it on April 12. As a result, a conference committee will seek to iron out differences between the versions.

A version of this story appeared in Resource Recycling on April 19.