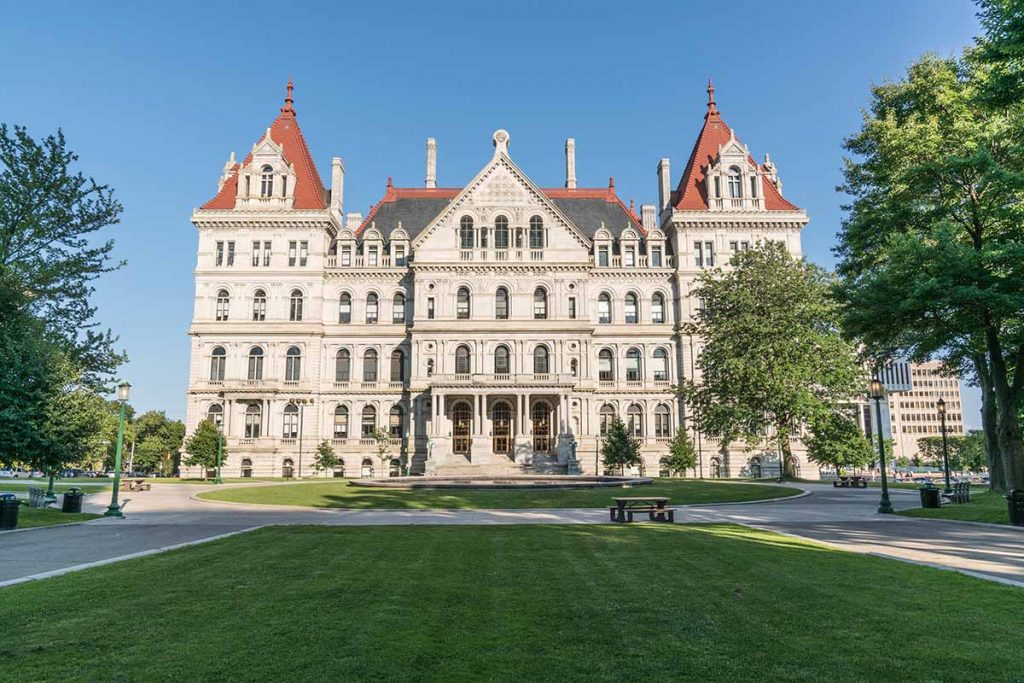 The introduction of the EPR bill came after lawmakers stripped a prior EPR proposal out of Gov. Kathy Hochul’s executive budget proposal. | Paul Brady Photography/Shutterstock

An extended producer responsibility bill that has the support of environmental activists was recently introduced in New York, while a Colorado EPR bill moved to the Senate floor.

The New York extended producer responsibility (EPR) bill, A10185, was introduced May 5 by Assemblyman Steve Englebright. It comes after a similar EPR program was cut from Gov. Kathy Hochul’s proposed executive budget.

“We have plastic now in the bloodstream of many Americans. This we need to address,” Englebright said in a May 10 press conference.

The bill would establish an EPR program for packaging and a packaging responsibility fund. Producers would be required to, either individually or collectively, change packaging designs to reduce waste, pay fees based on the amount of packaging material used and “be responsible for packaging waste disposal” by providing “widespread, convenient and equitable access” to recycling, at a level equal to that of municipal waste.

“It is troubling that after all these years, the problem of over-packaging has only gotten worse. There is more plastic packaging and more toxic packaging on the market than ever before,” Englebright said in a press release. “This is a problem across the state, but especially in Long Island where we see plastic pollution entering the Atlantic Ocean. This bill shifts the fiscal responsibility for packaging away from the taxpayers. It will save tax dollars and help to preserve our environment.”

On May 5, Englebright also introduced a “Bigger Better Bottle Bill,” Assembly Bill A10184, that would expand New York’s 40-year-old container deposit law to include non-carbonated beverages, wine and liquor and raise the deposit from 5 cents to 10 cents.

Judith Enck, president of advocacy group Beyond Plastics, said at the press conference that “we need to take bold action that’s commensurate to the seriousness of the problem.”

Eco-modulation is part of the producer fee structure, providing financial incentives for producers that reduce “waste at the source,” make recycling compatibility innovations, or use reusable or refillable packaging products.

Consumer point-of-sale or point-of-collection fees to cover the cost of producer fees are not permitted under the bill.

If passed, the bill requires a needs assessment be completed within six months of the effective date to identify barriers and opportunities for reducing, reusing and recycling in the state, and producers would have to have a public education program.

Under the bill, packaging material covers anything used for containment, protection, handling, delivery, transport, distribution and presentation of a product, including bags and secondary or transport packaging.

Excluded from the definition of packaging is reusable packaging, beverage containers, medical packaging and material intended to be used for long-term storage or protection “of a durable product that can be expected to be usable for that purpose for a period of at least five years.”

The bill’s definition of recycling does not include energy recovery or energy generation “by any means, including but not limited to combustion, incineration, pyrolysis, gasification, solvolysis, waste to fuel or any chemical conversion process, or landfill disposal.”

There are also exemptions for producers that have less than $2 million in total gross revenue or that create less than 1 ton of packaging material.

Along with expanding recycling access, the bill would mandate that producers reduce their use of non-reusable packaging by 10% two years after their producer plans are implemented, by 20% at four years, by 30% at six years, by 40% at eight years and by at least 50% a decade after plan implementation.

“Beginning three years after the effective date of this title, and every three years thereafter, the department shall designate at least ten additional toxic substances, unless it determines there are not ten chemicals that meet the definition of toxic substances,” the bill states.

A labeling section of the bill would require producers to indicate the percentage of post-consumer content within the product and provide instructions on recyclability or compostability, within two years of the effective date of the bill.

Enck said in the press release that “requiring environmental standards for packaging, just like there are fuel efficiency standards for cars and energy requirements for appliances, is long overdue.”

“The Englebright bill requires companies to cut their packaging waste in half, over 10 years,” Enck said. “This is the strongest packaging reduction bill in the nation. Adopting it would put New York on the map as a global leader in addressing the plastic pollution crisis.”

Englebright said Tuesday he thinks the bills have a “good chance of passing” and there’s a “good deal of momentum that is positive.”

Separately, New York state Sen. Todd Kaminsky has introduced S1185, which also establishes an EPR program for packaging but with significant differences from the one that would be created by A10185. First introduced in January 2021, Kaminsky’s bill recently moved out of the Senate Environmental Conservation Committee. 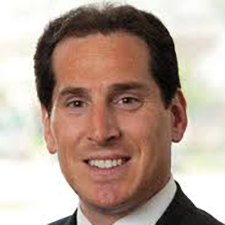 The Recycling Partnership, Citizens Campaign for the Environment, the New York League of Conservation Voters and the New York Product Stewardship Council jointly released a statement noting that “with Senator Kaminsky recently advancing EPR legislation (S.1185C) out of the Senate Environmental Conservation Committee, and Assemblyman Englebright’s introduction of his EPR bill (A 10185), we are urging the legislature and Governor to bring all stakeholders to the table and get a strong, well-designed EPR bill passed and signed into law this year. We have discussed these concepts for years. The time is NOW to empower all New Yorkers with adequate access to recycling.”

The Colorado bill, HB22-1355, passed the state House of Representative with a vote of 38-27 on May 2, the Senate Finance Committee on May 4 on a 4-1 vote and the Senate Appropriations Committee 4-3 on May 6. It is waiting for a second reading on the Senate floor.

HB22-1355 mandates that companies that sell consumer-facing packaging and some printed paper join a producer responsibility organization (PRO), with exceptions for smaller business and highly regulated packaging, such as medicines. The PRO would then, through dues, fund and manage a statewide recycling system.

A recent amendment also allows producers to submit an individual program plan as an alternative to joining the PRO. The individual plan must comply with the same requirements and describe how the producer will contribute to the “costs of the department in overseeing the program” and how it will “reimburse service providers that provide recycling services for the covered materials.”

The American Forest and Paper Association (AF&PA) opposed the bill and argued it will harm paper recycling rates and force the paper industry to subsidize the recycling of other materials.

The National Waste and Recycling Association’s Rocky Mountain chapter opposed the bill as well, saying in a press release “a statewide EPR program for all packaging materials and paper products has the potential to upend the existing state and municipal recycling programs.”

Hawaii’s HB 2399, which creates an EPR program with some island-specific twists, passed the Senate on April 12 on a 25-0 vote and is currently in conference to resolve differences between the House of Representatives and Senate versions of the bill.

The bill requires producers to register and pay an annual fee into a fund based on the amount of packaging they use, but it would not require those producers to join a PRO. The bill also has a sunset date of June 30, 2028.

This story has been updated with information on New York state Sen. Todd Kaminsky’s EPR bill and a statement from The Recycling Partnership, Citizens Campaign for the Environment, the New York League of Conservation Voters and the New York Product Stewardship Council. In addition, the story has been corrected to clarify those groups’  call to action for lawmakers.